Many states have laws against electors going against the popular vote. In Iowa, an elector's vote is canceled and then replaced with a new elector. 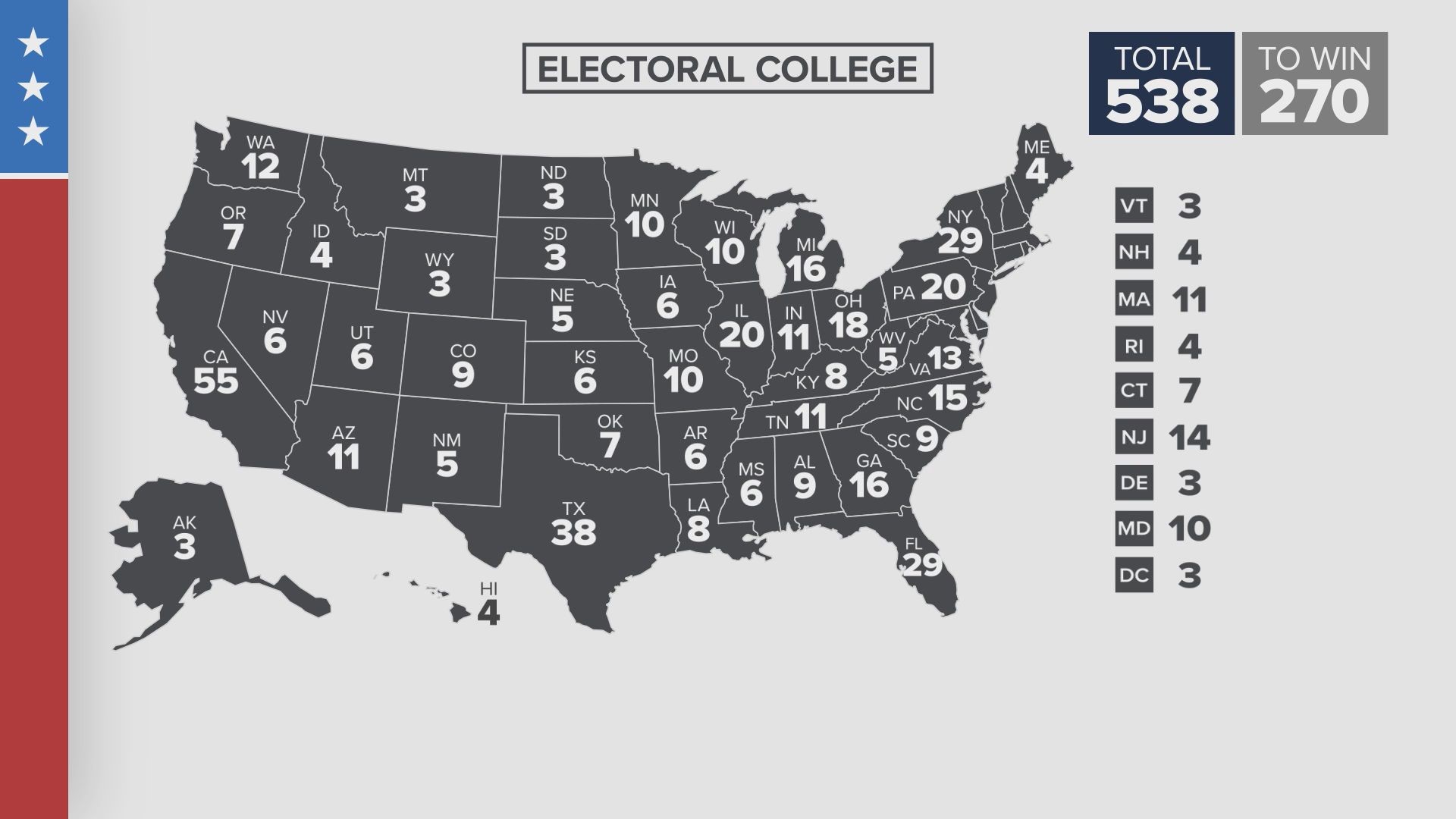 DES MOINES, Iowa — Following a week of protests and claims of election fraud, the Associated Press projected Joe Biden as the 46th President of the United States over the weekend.

But the election process is not quite done: next up is the Electoral College.

In the Electoral College system, votes actually go to the presidential electors who then vote for president.

The United States has 538 electors, according to Article II Section I of the U.S. Constitution, and 270 are needed for a candidate to win.

This number is based on how many representatives and senators a state has, therefore, Iowa has six electors.

Political parties are in charge of selecting presidential electors, according to a document from the National Association of Secretaries of State (NASS). U.S. senators and representatives aren't allowed to be an elector.

These electors meet on the first Monday after the second Wednesday in December following the election: this year that will be on Dec. 14. This meeting is when electors cast their ballot for president.

A viewer named Martha Brown reached out to Local 5's Verify Your Vote team to ask the following question:

"Isn't it possible that delegates to the Electoral College who are not bound to vote according to their state's popular vote could declare for Trump even though their state went to Biden?"

RELATED: Where the lawsuits stand in Trump's presidential election challenge

Yes, it is possible for an elector to go against their state's popular vote. However, some states have penalties for those that do it.

If an Iowa elector votes against their pledge, their vote is canceled and they are replaced by an alternate elector.

This comes after the U.S. Supreme Court's ruling on Chiafalo v. Washington, which decided that penalties can be given for those that vote against their pledged vote.

Iowa Code sections 54.5, 54.7 and 54.8 requires presidential electors to execute a pledge to mark their ballots for presidential and vice presidential nominees of the party or group that nominated them.