Iowa's 2nd Congressional District: How would a recount work?

Lawyer Grant Woodard outlines what kinds of things election officials would consider during a recount. 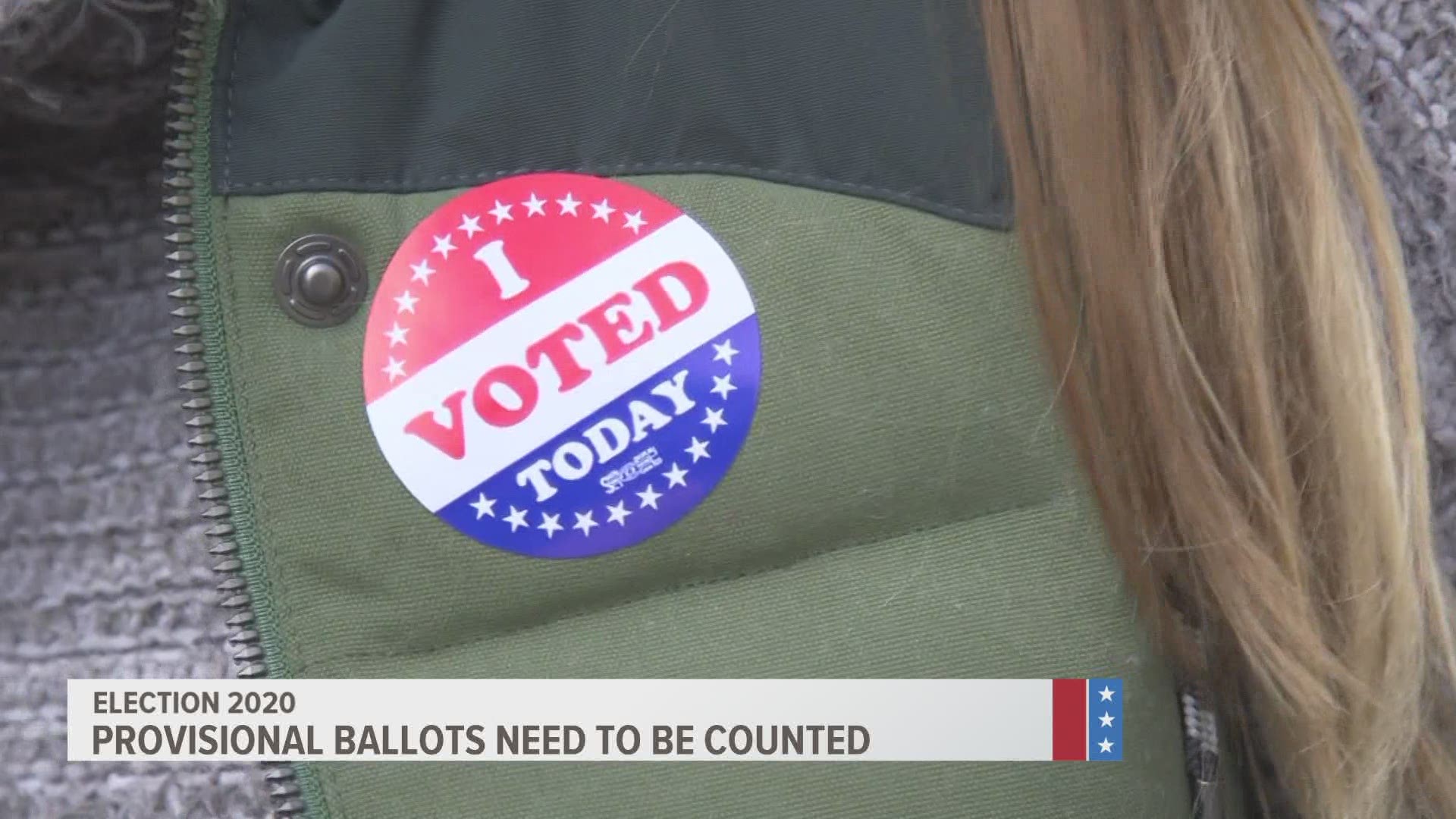 DES MOINES, Iowa — With Republican candidate Mariannette Miller-Meeks maintaining a super thin margin over Democratic candidate Rita Hart for Iowa's Second Congressional District for US House of Representatives, a recount may be likely.

As polls closed Tuesday, Miller-Meeks pulled ahead by 282 votes. That's less than 1% of total votes cast.

Lawyer Grant Woodard says he predicts a recount is in the cards.

"[The margin is] even less than .1%. We’re talking about .07% difference between these two campaigns," said Woodard. "I used to manage political campaigns for a living. If I was working on Rita Hart’s race right now I would be getting ready for a recount."

IA-2 is still too close to call BUT here’s some proof that every vote counts. Miller-Meeks holds a marginal lead over Rita Hart. Just 282 votes separate the two. https://t.co/cewXdHm7HF pic.twitter.com/X3Iz2uV60i

"The numbers still could change over the next few days," he said. "Any ballot that is postmarked by Monday that is received by the canvass will still count."

That said, there are two other things that will be taken into account.

One, is provisional ballots, which can include ballots from voters who, on Election Day, weren't able to prove that they are qualified to vote.

RELATED: What is a provisional ballot and how do you vote with one?

"If they didn't have proper ID, or if there was some other question on their ballot, they are given what is known as a provisional ballot," said Woodard. "They are allowed to fill out the ballot, that ballot  is put in a separate bin, and then it is reviewed by the auditor after the fact to determine whether or not that person is eligible. Sometimes that person has to go to the auditor to them bring their ID or proof of residence or some other requirements."

A recount would also take a look at ballots in which "over-voting" has occurred--a bit of a confusing term, as "over-voting" means no vote was counted at all.

"The ballots weren’t counted because the machines picked them up as what we call an 'over-vote.' Meaning, as it went into the machine, it counted it as no vote because there were two different options marked on the ballot."

RELATED: What triggers an election recount in Iowa?

Local 5 reached out to auditors' offices in all 24 counties in Iowa's second congressional district.

To name a few, here are how many provisional ballots: