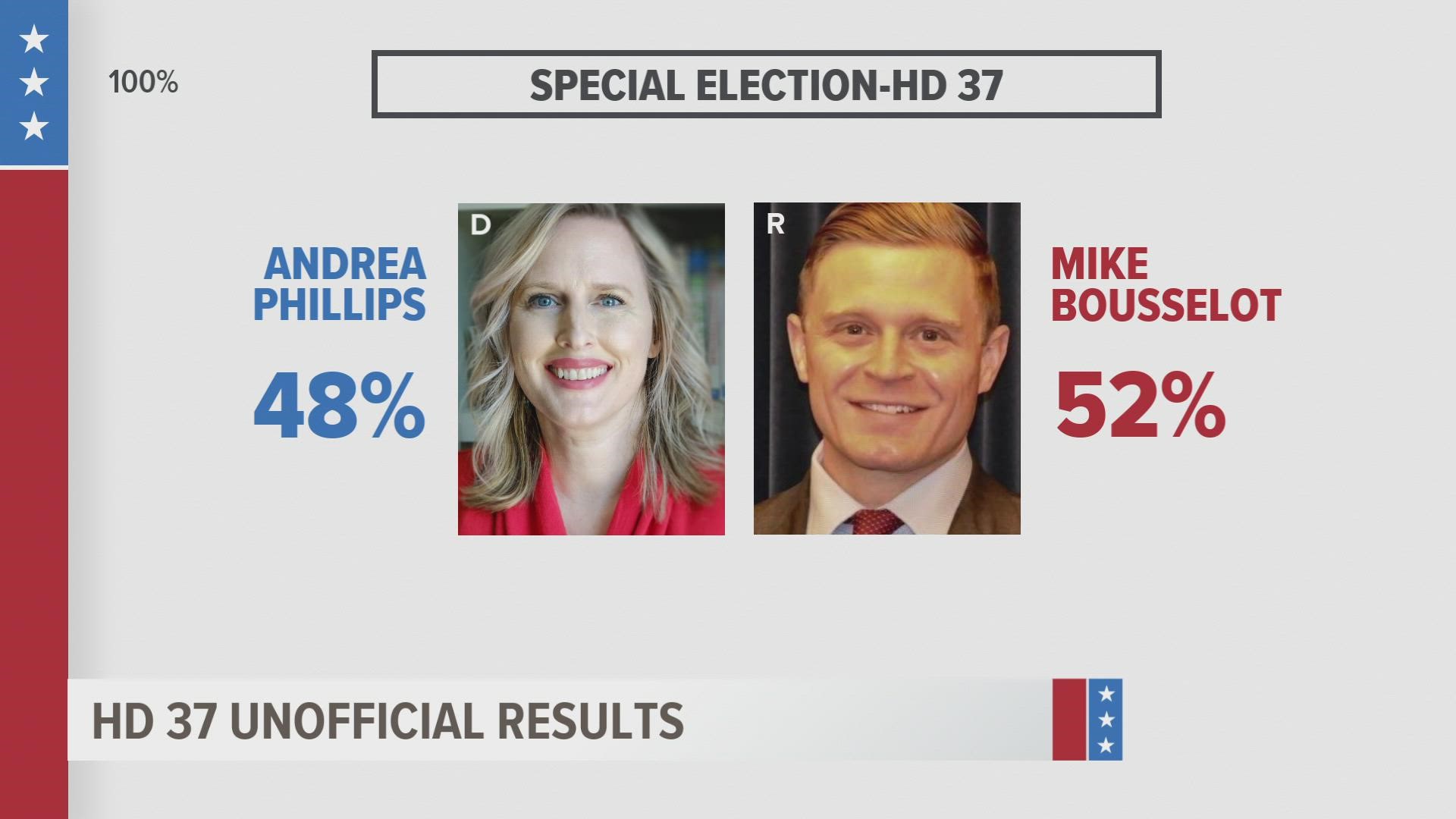 POLK COUNTY, IOWA, Iowa — Voters in the fast-growing suburb of Ankeny elected Republican Mike Bousselot to the Iowa House, filling a seat left vacant after the incumbent died in July.

Unofficial results from the Polk County Auditor's Office show Bousselot won with 51.58% of the votes (5,920 votes). His Democratic opponent Andrea Phillips fell behind with 48.30% of the votes (5,543 votes).

Polk County Auditor Jamie Fitzgerald tweeted that these results are unofficial until the Board of Supervisors certifies the results.

Bousselot will hold office until the general election in November 2022. Bousselot served roles in the administrations of former Gov. Terry Branstad and current Gov. Kim Reynolds.

RELATED: Tuesday is Election Day for voters in House District 37

The Iowa Republican Party released the following statement from Bousselot:

“I am honored. I am humbled. I am beyond thrilled to be the newly elected representative for Iowa House District 37. I have pledged to be a representative that listens. Someone who hears from my community and takes action on the issues they care most about.  I am prepared to fight tooth and nail for policies that will keep our community safe, your freedoms protected and our economy thriving.

“I have big shoes to fill. John Landon was a great man with a servant's heart and an unmatched level of dedication. I will follow in his footsteps as I head to Des Moines to be a principled leader for the community he loved so deeply.

”I could not have done this without the support of my wife, family, friends, and community. This has been the most humbling experience of my life. We truly live in the greatest state in the greatest nation in the world. Now, I’m eager to get to work!”

A statement from Phillips was not readily available.