Saturday morning, Gov. Kim Reynolds ordered all flags to be lowered to half-staff in memory of the late justice. 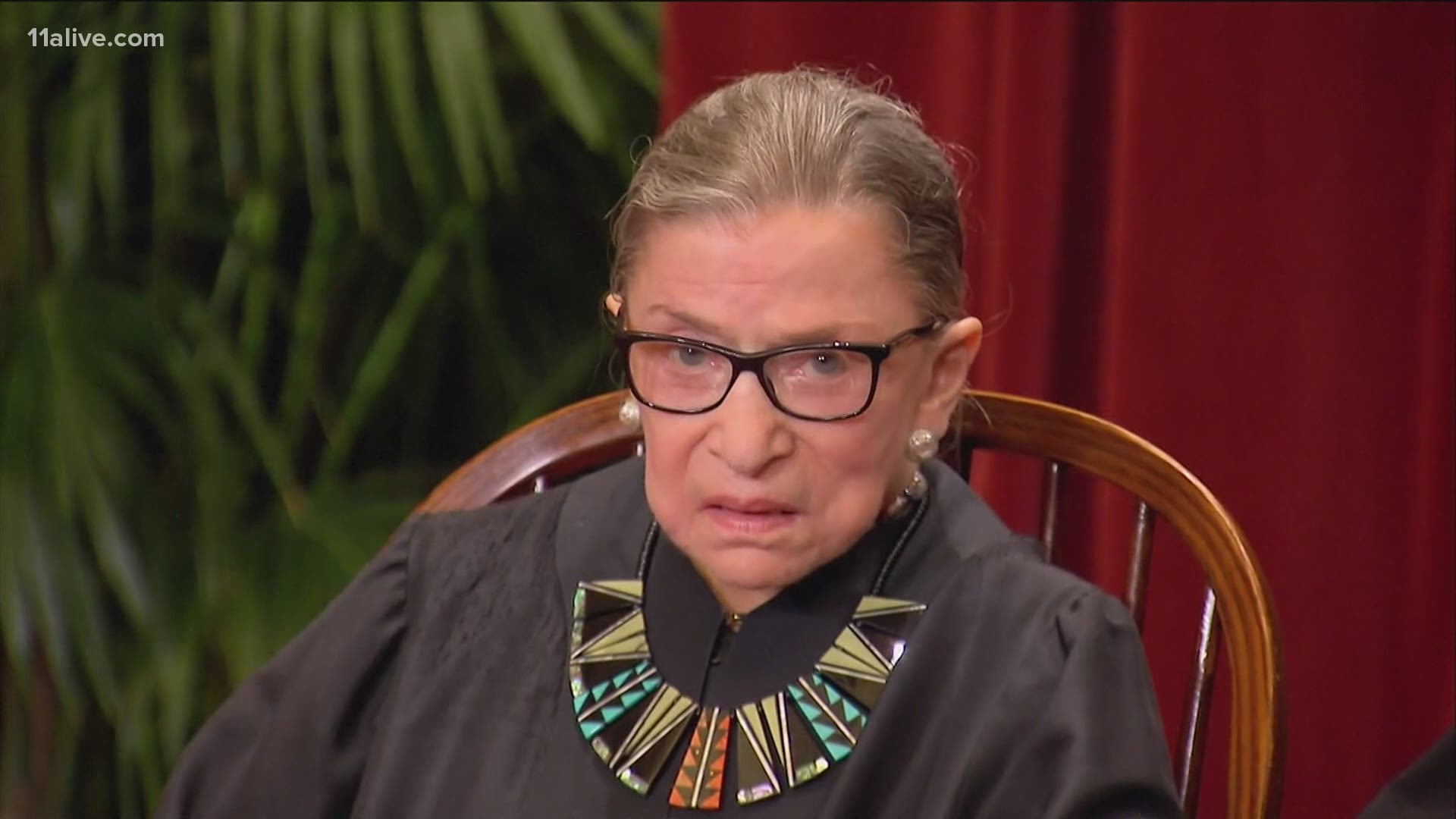 Appointed to the nation’s highest court in 1993 by former President Bill Clinton, Ginsburg was the oldest sitting member on the court. Despite a lengthy career on the court, she had never missed arguments until January 2019.

During her time as a justice and throughout her long law career, Ginsburg overcame adversity because of her gender, fought for women’s rights and eventually became the leader of the Supreme Court’s liberal wing.

Ginsburg, who is Jewish, died as people of that faith observe one of the High Holidays, Rosh Hashanah, also known as the Jewish New Year.

Republican Iowa Senator Chuck Grassley, who's a member and former chairman of the Senate Judiciary Committee, tweeted his sympathies

Justice Ginsburg fought tirelessly for gr8er justice, equality &opportunity for all ppl. She was a trailblazer in so many ways &for so many ppl Her sharp legal mind, tenacity &resilience leaves a remarkable imprint on our nation Barbara + I join our nation in mourning her passing

The Senate Judiciary Committee holds hearings and investigates nominations to the Supreme Court.

My prayers go out to the family of Justice Ginsburg. She was a pioneer who paved the way for women across America.

Democratic Theresa Greenfield, who is running against Ernst for her senate seat, also tweeted out her condolences.

I’m at a loss. Justice Ruth Bader Ginsburg was a tireless champion for civil rights and equality, an inspiration, and an icon. Let's work hard every day to honor her memory. https://t.co/W3u4xpNdqb

"Our country has lost a hero, an icon and inspiration for millions of women and girls. Justice Ruth Bader Ginsburg was a champion for equal rights and a pioneer in law and politics who dedicated her life to ensuring our laws lived up to our values.

I am heartbroken at the news of her passing and offer my sincerest condolences to her family. Her place in history is assured — it’s now up to us to carry on her legacy."

Justice Ginsburg: a trailblazer for women in law & a highly respected member of the SCOTUS. I marveled at the personal friendship she & Justice Scalia had. They played basketball together in the SCOTUS gym. We need more friendships like this bridging partisan divides. RIP RBG.

“Justice Ruth Bader Ginsburg dedicated her life to passionately serving her country through the law. From caring for her family while working her way through law school to reaching the highest court in our land, she blazed a trail that inspires others to answer the call to serve.

"Her life of service deserves the utmost respect and admiration. My thoughts go out to her family and all who have been touched by the legacy she leaves behind.”

Saturday morning, Reynolds ordered all flags to be lowered to half-staff in memory of the late justice.