Libertarian candidate Rick Stewart is making his case for the US Senate with local voters. 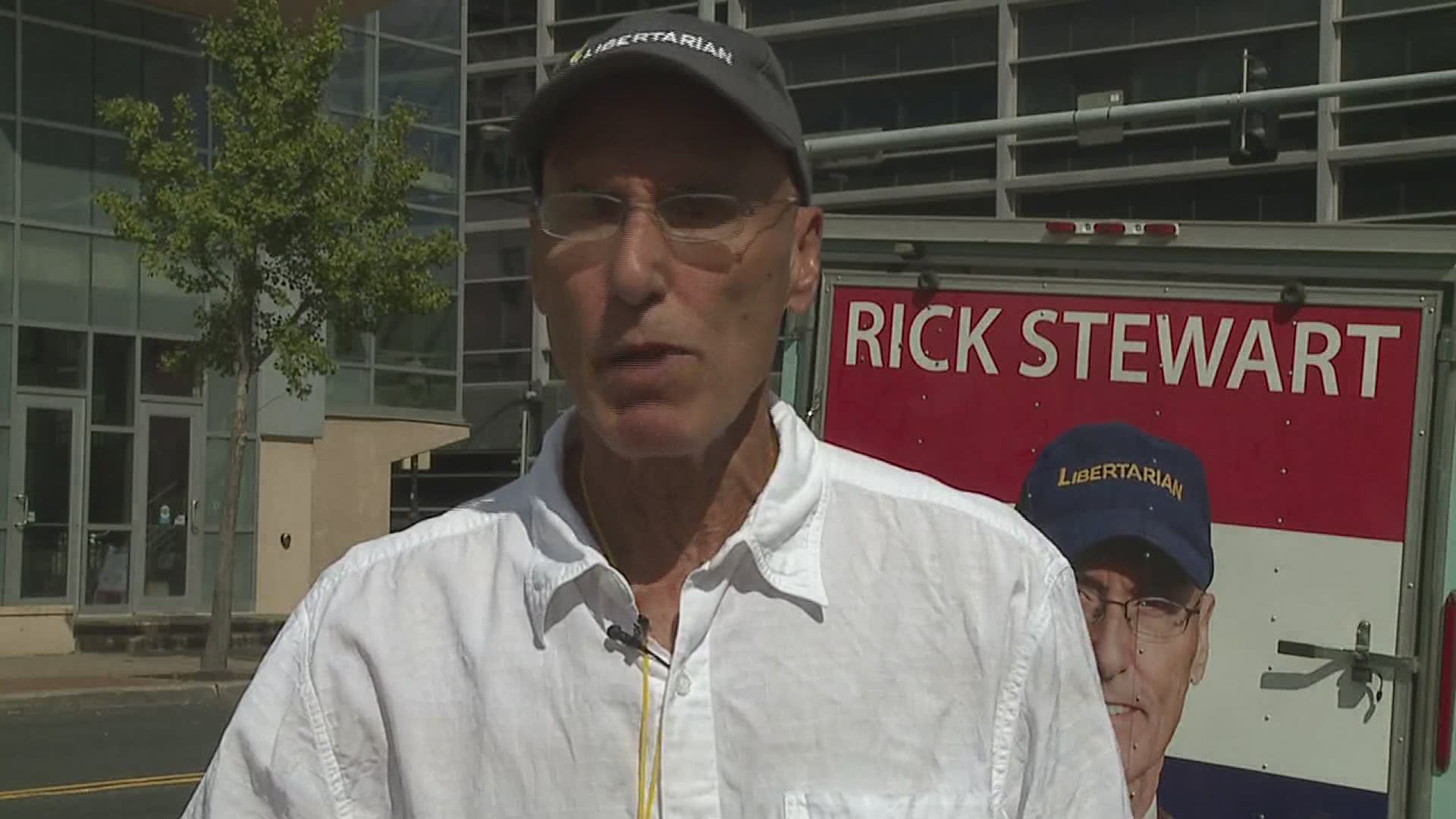 DAVENPORT, Iowa — Libertarian candidate Rick Stewart is making his case for the US Senate with local voters.

Stewart is running for a seat in the US Senate against Joni Ernst and Theresa Greenfield. Stewart talked one-on-one with supporters outside the Figge Museum this afternoon.

He's hosting a strategy event with supporters this evening. Stewart says meeting and connecting with voters is the most important part of his campaign.

Stewart says he plans to be on the road campaigning every day through the election. He has stops in iowa city tomorrow morning and in ames in the afternoon.