DES MOINES — Calls for an ambulance held up a Sunday night campaign event for Democratic Presidential candidate Pete Buttigieg, but now, police are saying the c... 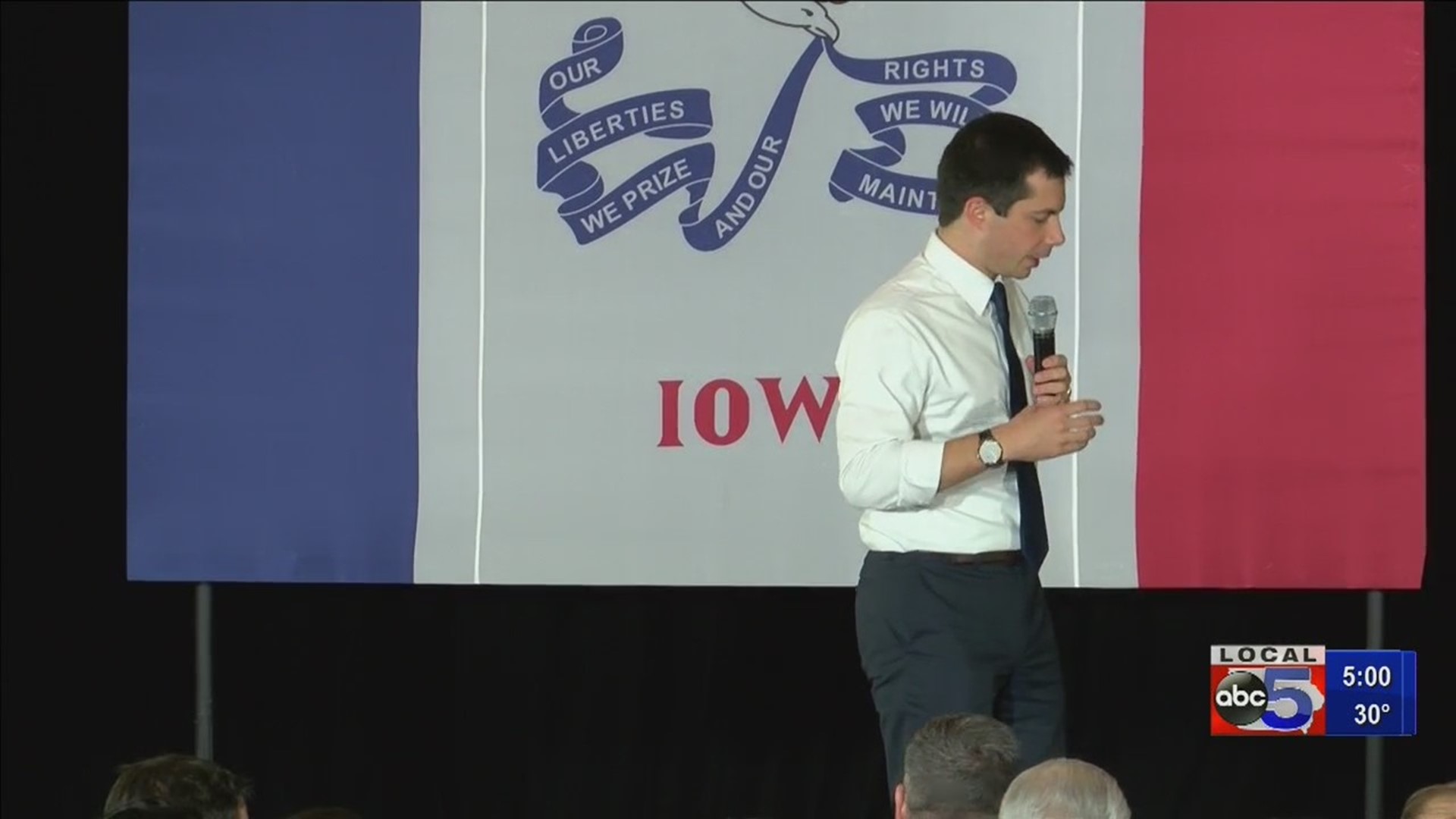 DES MOINES — Calls for an ambulance held up a Sunday night campaign event for Democratic Presidential candidate Pete Buttigieg, but now, police are saying the calls for help were a ruse.

“They faked a medical emergency to try and create a diversion so that one of their people could approach the stage,” Des Moines Police Sgt. Paul Parizek said.

The protesters are believed to be part of Black Lives Matter. Local 5 reached out to them for comment, but haven’t heard back as of 7 p.m.

“It started with a man falling onto the floor face first and the woman with him started asking for people to call 911,” said attendee Samantha Ohlson, who witnessed the disruption. “During that time is when somebody slipped under the barrier up towards Mayor Pete.”

A Black Lives Matter protest disrupted Mayor Pete Buttigieg's town hall tonight. I spoke to a witness who was up close to the situation for @weareiowa5news pic.twitter.com/De4jwiPh2a

Despite the peaceful outcome, police say that the incident was “immature” and “frustrating.”

“When somebody does something that actually takes away our resources from bona fide emergency and drags them to some immature act like this, it gets frustrating because it’s a waste of the taxpayer dollars,” Des Moines Police Sgt. Paul Parizek said.

Sunday’s incident led to an ambulance being called to the event unnecessarily.

Parizek said officers are trained to run security at campaign events to make sure that everything goes according to plan.

“A lot of the security measures that we actually put in place you’ll never see,” Parizek said. “There are plainclothes police officers and there are different things going on at the venues to keep the candidates safe, keep the attendees safe.”

If you’re going to the presidential debate Tuesday night, police suggest you treat it like you’re going to a concert or a sporting event. If you wouldn’t bring an item there, don’t try to bring it to the debate.