Mayor Bottoms: 'I don't know what's next,' but not going to Walgreens

The mayor spoke about her decision to not seek re-election on Friday. 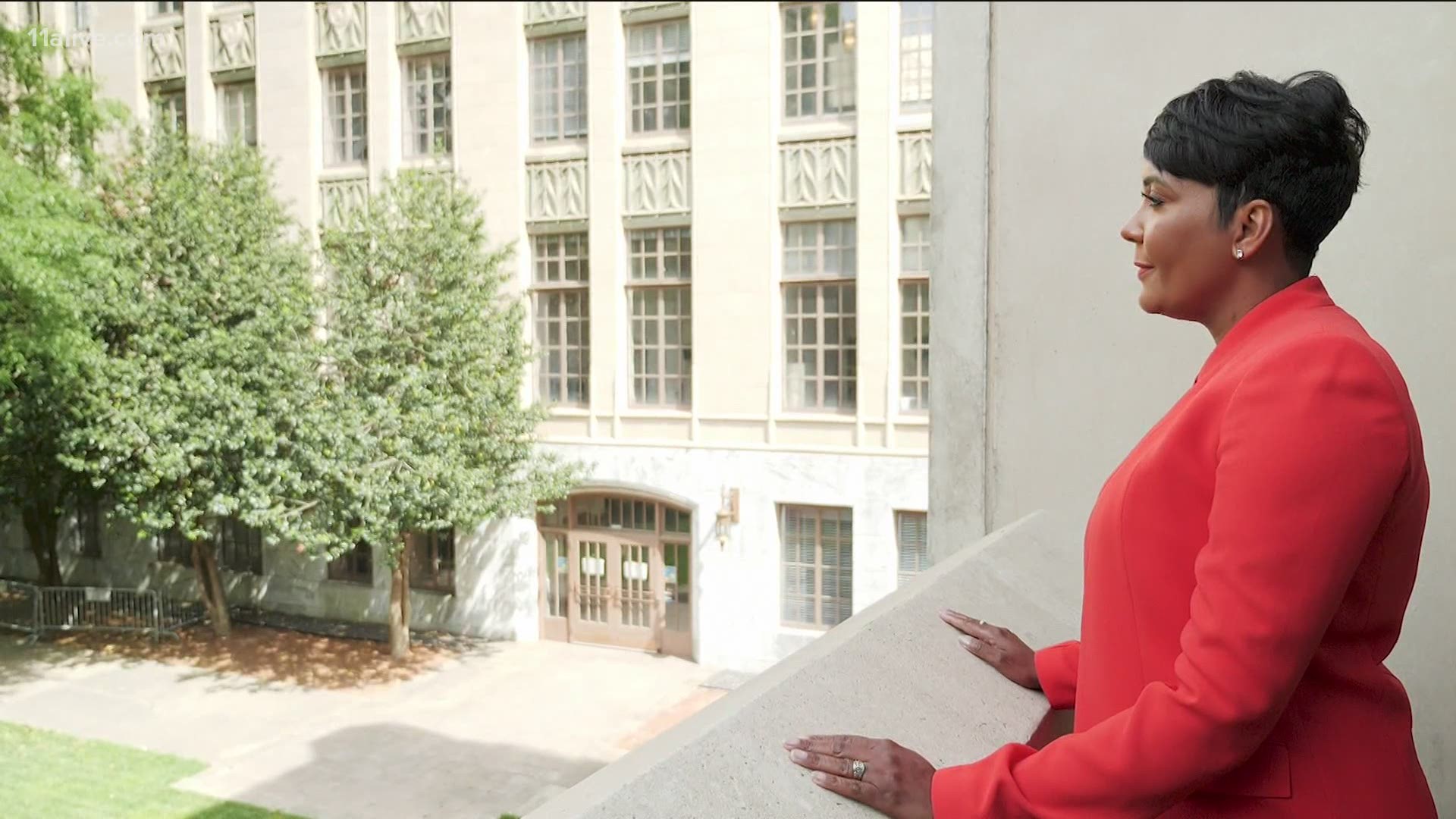 ATLANTA — Atlanta Mayor Keisha Lance Bottoms said Friday that she did not know what she would be doing next after announcing she won't seek a second term in office, but dispelled a rumor that she would be joining Walgreens.

What the mayor has in store after Thursday night's shock announcement not to run for re-election has been front of mind in Atlanta, but Bottoms did not offer a concrete direction in which she would go.

She did, however, flatly reject the idea that she would go work for Chicago-based Walgreens, where she is friends with CEO Rosalind Brewer, or leave the city of Atlanta.

RELATED: Keisha Lance Bottoms will not seek another term as Atlanta mayor

"What I know is that in the absence of my speaking my truth, people will insert a narrative, which is why I'm here today. Ros Brewer is my girl, I love her dearly, but she didn't get to be the CEO of Walgreens by offering jobs to random friends," the mayor said. "I am not going to Walgreens in Chicago, (her husband) Derek is not going to Walgreens in Idaho. I can't get Derek to move two miles off of Cascade Road, so I promise you that is not true."

The mayor did not provide any further insight into what she might next pursue, but said if she had wanted to remain mayor, she was fully confident she would have won.

"I don't know what's next for me personally and for our family, but what I do know is that this is a decision made from a position of strength and not weakness," she said.

The mayor highlighted her fundraising strength and polls that suggested an overwhelming hand if she were to run for re-election.

But, she said, "just because you can do it doesn't always necessarily mean you should do it."

"I can be mayor again," Bottoms said. "But there is a reason that there are elections every four years, and in the same way the people have an opportunity to make a decision every four years, candidates also have the opportunity to make a decision. And the decision that I have made after thoughtful prayer and consideration is not to seek another term as mayor of this city."