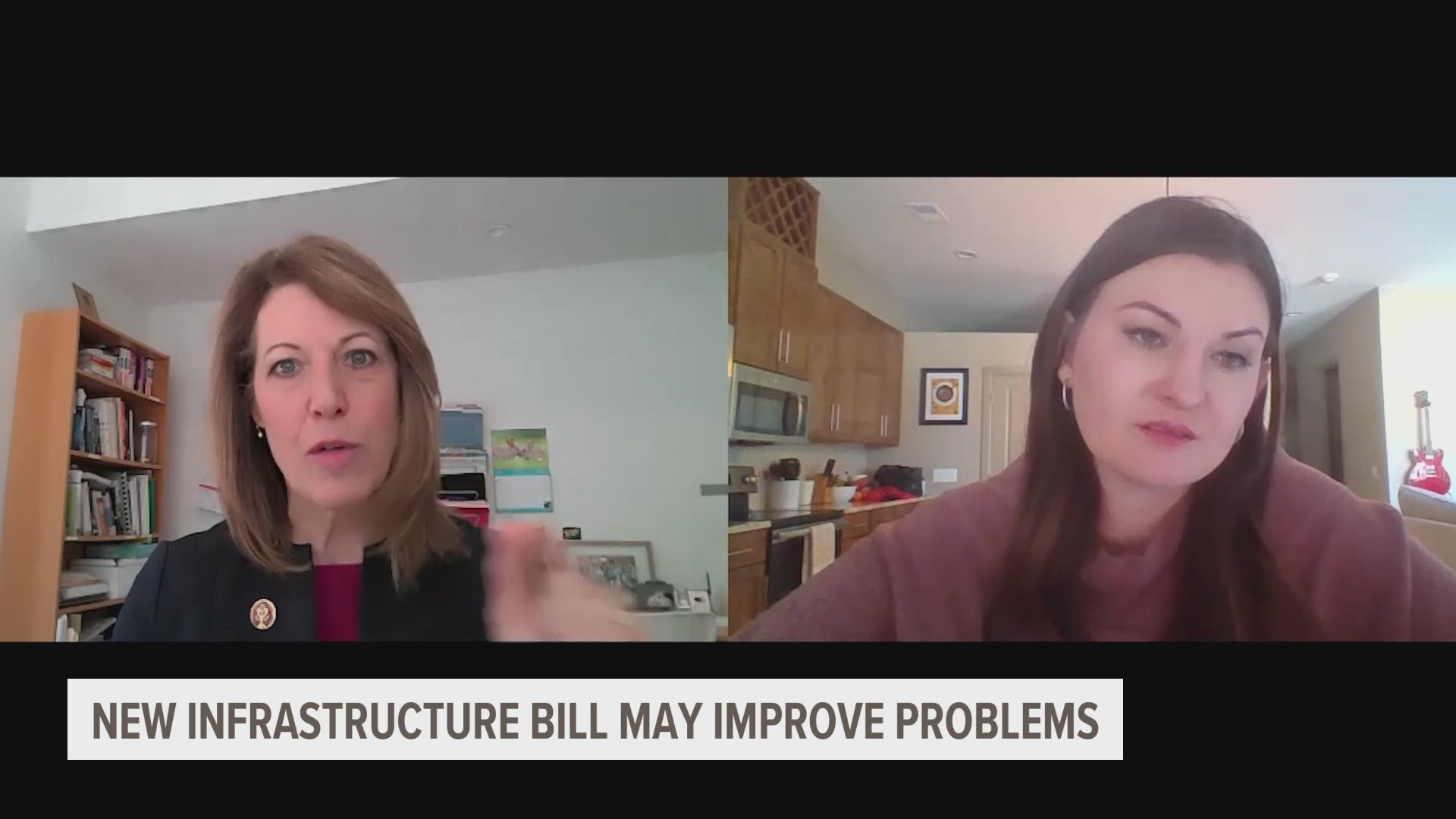 DES MOINES, Iowa — The American Jobs Plan is sitting in the U.S. House of Representatives.

"We absolutely need to address the roads and bridges we have in this state," said Axne. "We’ve got almost 5,000 bridges that are in need of repair.”

Another big issue in Iowa is broadband.

“We’ll have a chance for 100 mega bites per second. A low-cost option has to be mandatory for any of the providers because you can bring internet connectivity to folks but if they can’t afford it it’s the same difference," Axne said.

This bill will cost nearly $4 trillion and Rep. Axne said it will be paid for by the richest one-third of the one percent.

"They will see an increase in their taxes because they pay less in percentage taxes than any of you watching this right now,” Axne said.

Axne and other Democrats are pressing the Internal Revenue Service to get the back-owed taxes from the wealthy.

The goal is to get the bill over to the Senate by the end of June.

Axne's Republican colleagues have expressed opposition to the bill by signing a letter along with more than 130 other representatives. Those who signed the letter oppose "the use of two tax provisions which could be offered as pay-fors for such initiatives."

Republicans say these tax provisions would "undermine the financial security of the same American families, small businesses, farmers, and ranchers we are all working hard to rebuild our economy for — the elimination of stepped-up basis allowances from the tax code and the taxation of capital gains at death."

Eliminating stepped-up basis would be harmful to family farms & family-owned main street businesses in #IA04. They shouldn't have to pay the price for reckless spending.

That's why I joined 130+ of my colleagues in writing a letter opposing Pres. Biden's proposed tax changes. ⬇️ pic.twitter.com/RGEEKK018j

Watch: What would Biden's infrastructure plan mean for Iowa?