Hart lost the Nov. 3 election by six votes, but contends ballots were improperly excluded. She has filed a challenge with the U.S. House of Representatives. 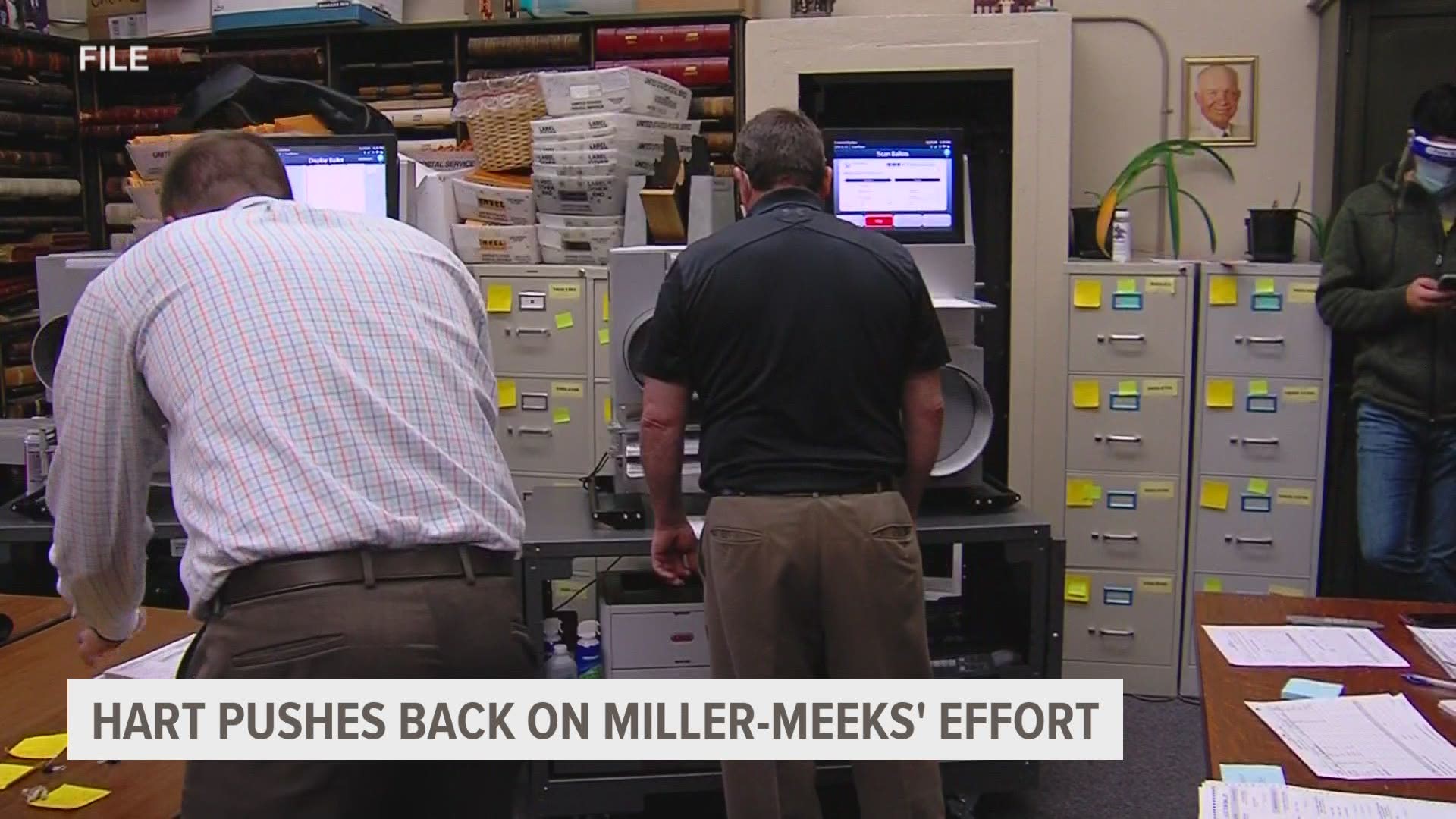 Hart contends 22 ballots were improperly excluded from the final tally, votes that would make her the winner.

Miller-Meeks filed a motion to dismiss Hart’s claim on the election, arguing Hart’s team failed to prove the 22 disputed ballots were not the only uncounted ballots.

“That is a frankly preposterous position and it finds no support in contest law at the federal level,” Elias said.

Miller-Meeks won the seat at the Nov. 3 election by six votes, was eventually certified the winner and provisionally seated by Speaker of the House Nancy Pelosi.

According to Elias, both Miller-Meeks and Hart will have to wait for the House to reconvene and finish seating committees.