Poll: Around 70% of Americans believe Trump responsible for US Capitol riot

ABC News and The Washington Post released a poll on Friday, detailing how Americans feel about the Jan. 6 insurrection at the U.S. Capitol. 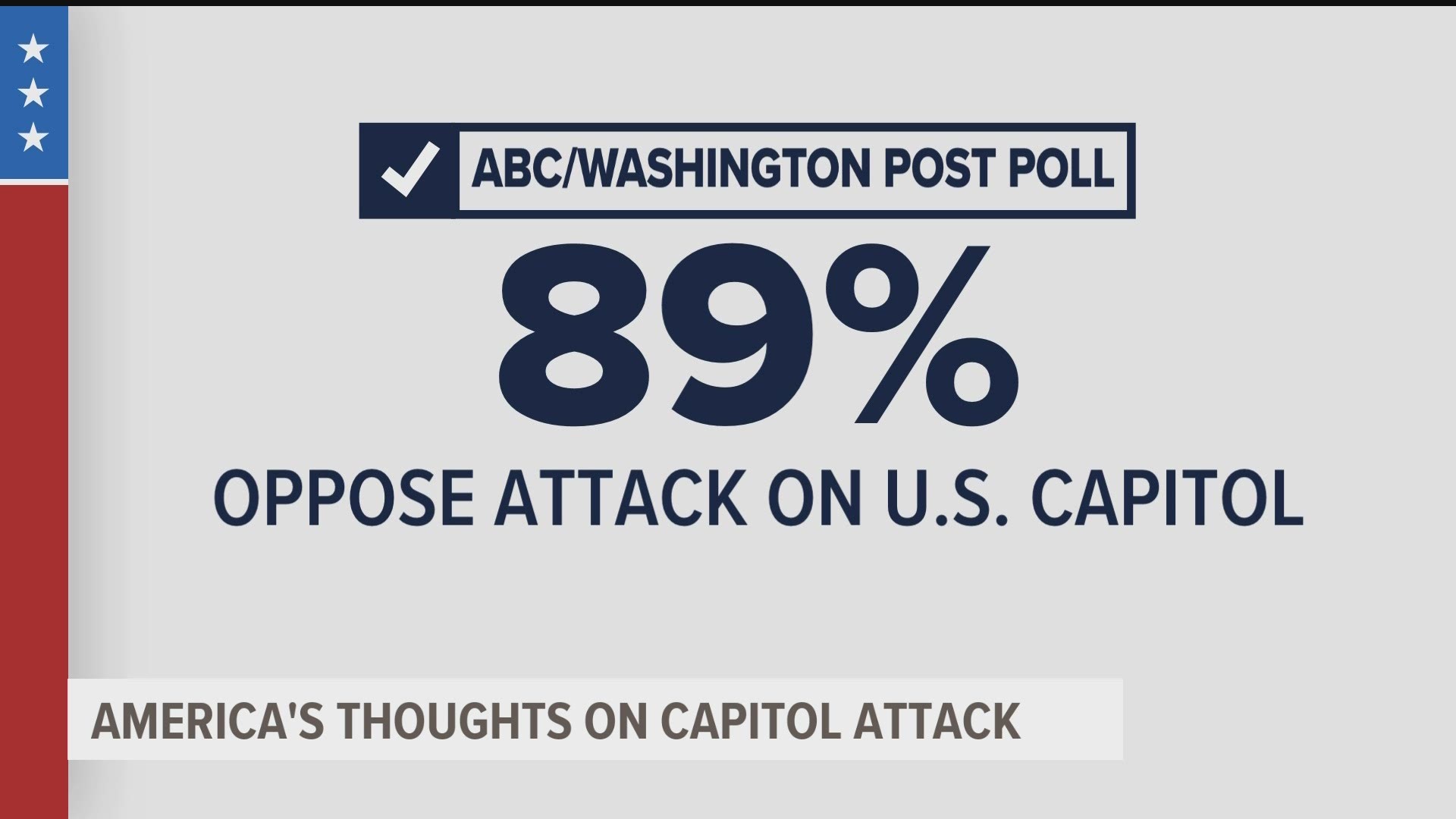 WASHINGTON, D.C., USA — More than one week removed from the U.S. Capitol insurrection, ABC News and the Washington Post released a poll showing Americans thoughts on the attack.

The poll has found that 9 in 10 Americans oppose the U.S. Capitol riots and 70% of Americans believe President Donald Trump bears at least some responsibility.

While the U.S. House voted for a historic second time to impeach the president, this time on a charge of inciting insurrection, 54% of Americans say he should be criminally charged.

President Trump's job approval rating is tied for an all-time low at 38%, while within the Republican Party, the rating sits at 79%.

Analysis: Most Americans — including a fifth of Republicans — say history will view Trump poorly https://t.co/I3FB3IEjaD

Overall, the president will end his term in office with the highest disapproval numbers in modern history by at least 10 points.

The poll also shows that 56% of the country favors efforts in congress to bar President Trump from holding office again.

Finally, with everything we know now about the U.S. Capitol insurrection on Jan. 6, which killed 5 people, there is 8% of the American population who support the storming of the Capitol. 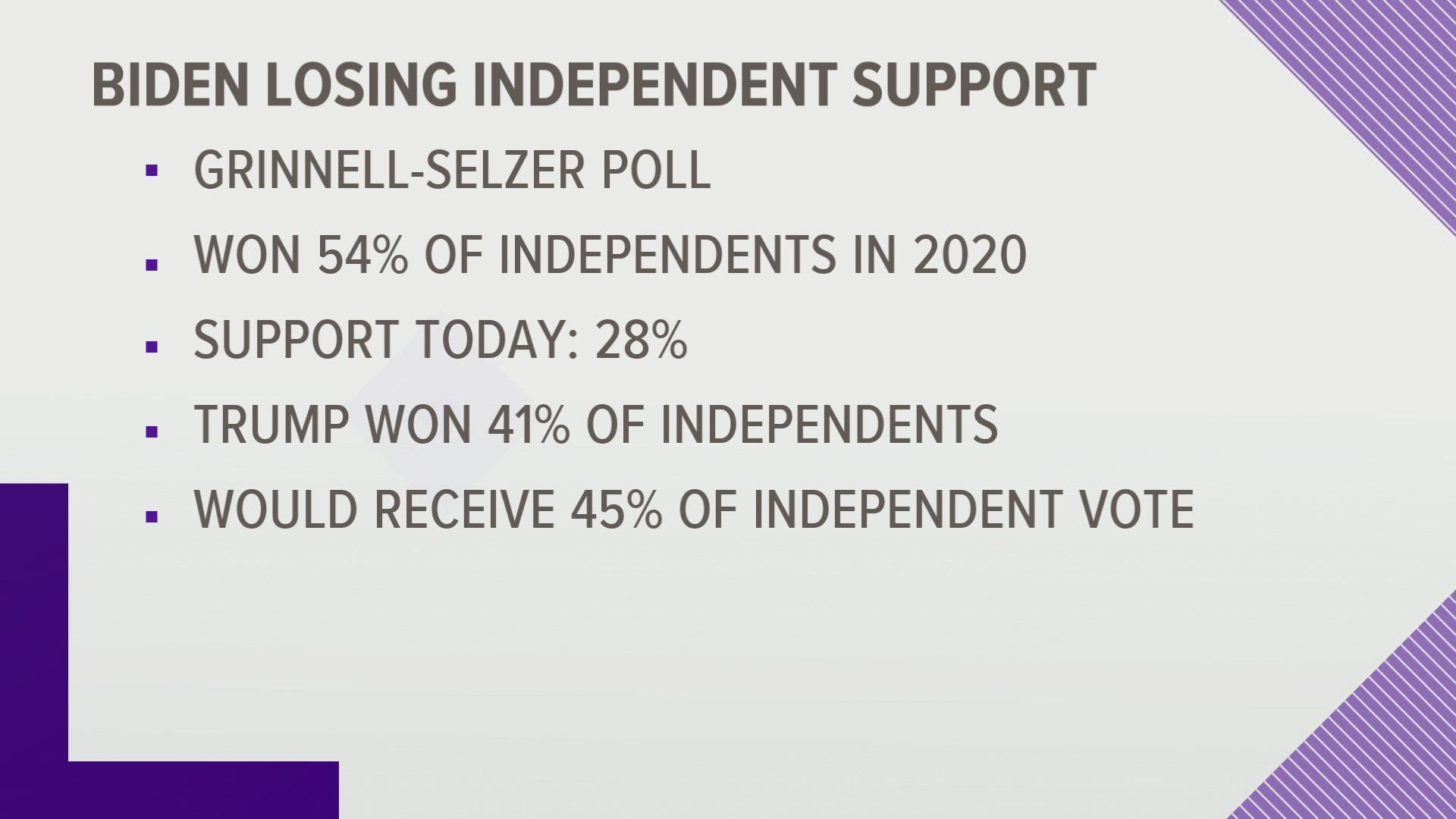