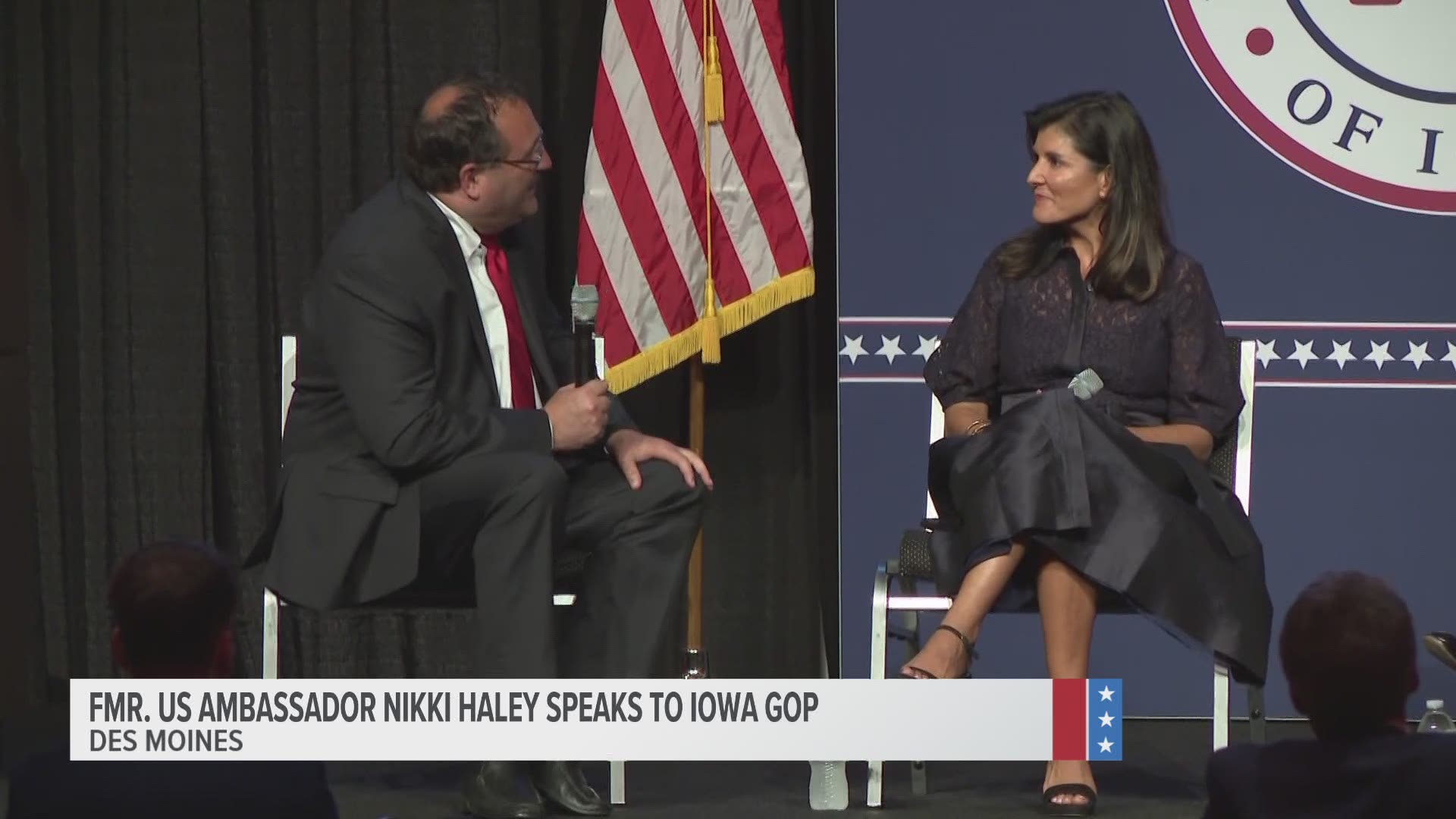 "Kim Reynolds is one of the best governors in the country," said Haley. "The best test of an elected official is during a crisis--it shows what they're made of. It shows their vision. You killed it."

During her speech, Haley focused on three challenges she believes the Republican party faces: stopping the "rise in socialism," saving "American culture" and stopping the US from becoming "weaker" when it comes to foreign relations.

"Joe Biden has been a gift to every country that hates America and wants to hurt us," said Haley. "He's the polar opposite of Donald Trump."

RELATED: 'We have a deal': Biden, bipartisan senators on infrastructure

"Biden makes Barack Obama look like a conservative," she said.

Haley is making waves in the party and started a political action committee earlier this year, leading to speculation about a presidential run.

"Getting Iowans fired up to take back the Senate and the House in 2022 is our number one priority right now and we are proud to have Ambassador Haley in this fight with us," Kauffman said.

The Iowa Democrats did not release a statement on Thursday's event.