Texas 'permitless carry' law is in effect. Here's what that means

It allows Texans 21 and older to openly carry handguns without a license or training. 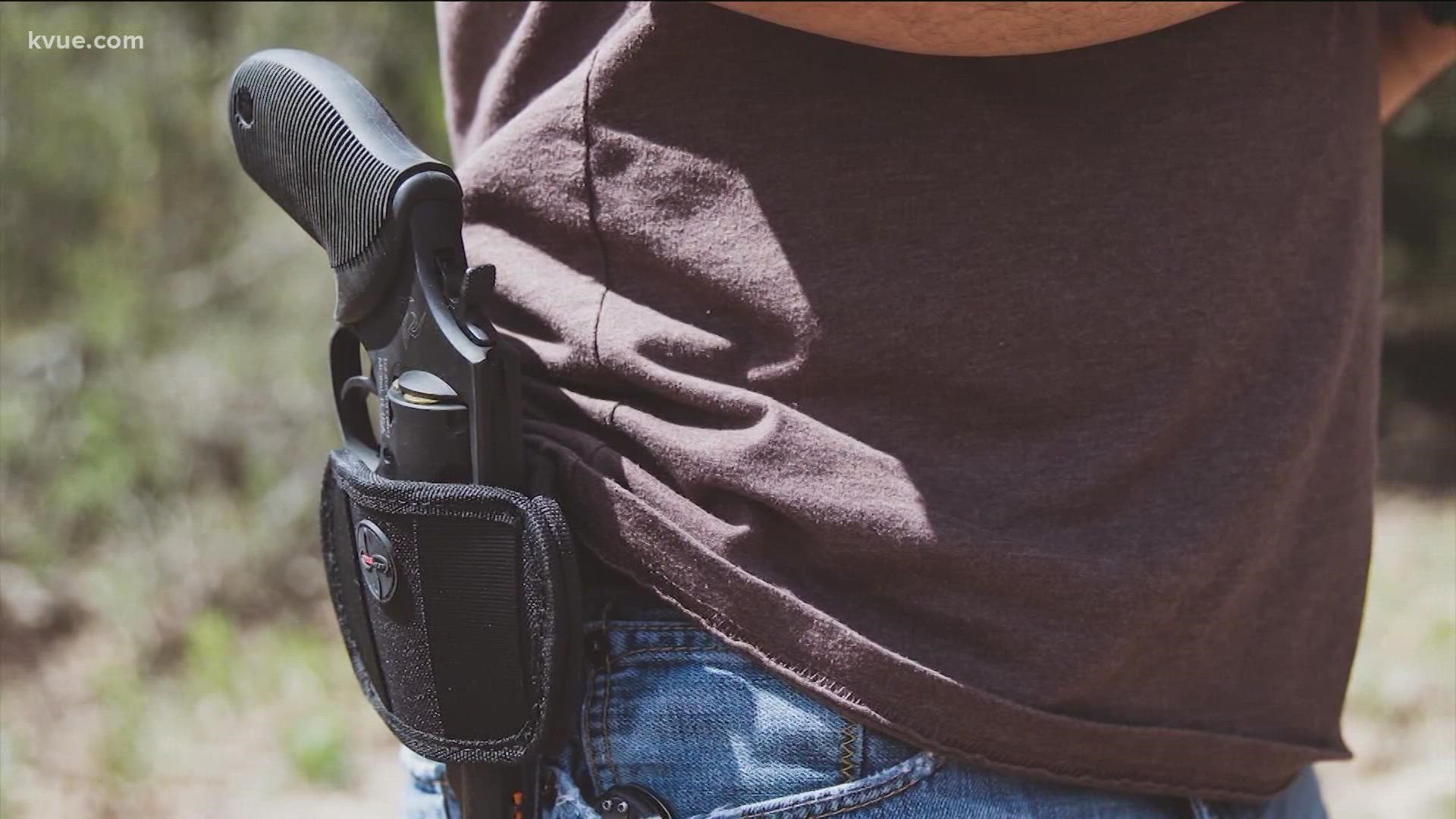 It allows Texans 21 and older to openly carry handguns without a license or training if they are not legally prevented from doing so by state or federal law.

The bill was signed into law after a compromise was reached between lawmakers in the Texas House and Senate, which included getting rid of a provision that would have prevented officers from questioning people solely based on their possession of a handgun.

Proponents lobbied the Legislature for what they call “constitutional carry,” arguing Texas should join at least 20 other states with similar laws. It faced opposition from gun control advocates who were disappointed the Legislature made it easier to carry guns following the 2019 mass shootings in El Paso and Midland-Odessa.

A University of Texas/Texas Tribune poll in April showed a majority of Texas voters were opposed to permitless carry.

Austin interim Police Chief Joseph Chacon spoke out against the law that month, saying, "This is not about the Second Amendment; this is not about people’s rights to lawfully carry a firearm."

"It’s reasonable and important to ask that someone carrying a firearm in public know how to safely handle and store a gun and have a basic awareness of the laws related to weapons and the use of deadly force," Chacon said. "Stripping away those safeguards will make our streets less safe, and they will make law enforcement’s jobs harder."

From 2015 to 2020, he said the City of Austin has seen a 124% increase in gun-related crimes, including shootings, murders, aggravated assault and robberies.

"Weakening regulations and effectively eliminating training requirements is not the direction we should be going right now," Chacon said.

Some in the restaurant industry feel the same. General manager for Old Thousand Brett Bettin said their no-firearm policy currently in place will not change.

"I'm a huge fan of personal responsibility and I'm a fan of personal liberty and the Second Amendment," Bettin said. "There's a certain place where you're just creating a situation which makes it easier for people to hurt each other."

Previously, Texans were required to have a license to carry, and to obtain a license, you had to take a training class, pass a written exam and shooting test and submit fingerprints. That changes now that the new law is in effect.

Louisiana man presumed dead after alligator attacked him inside his home