48 states and the District of Columbia have a winner-take-all policy, meaning the candidate receiving the majority of the votes takes all the electors. 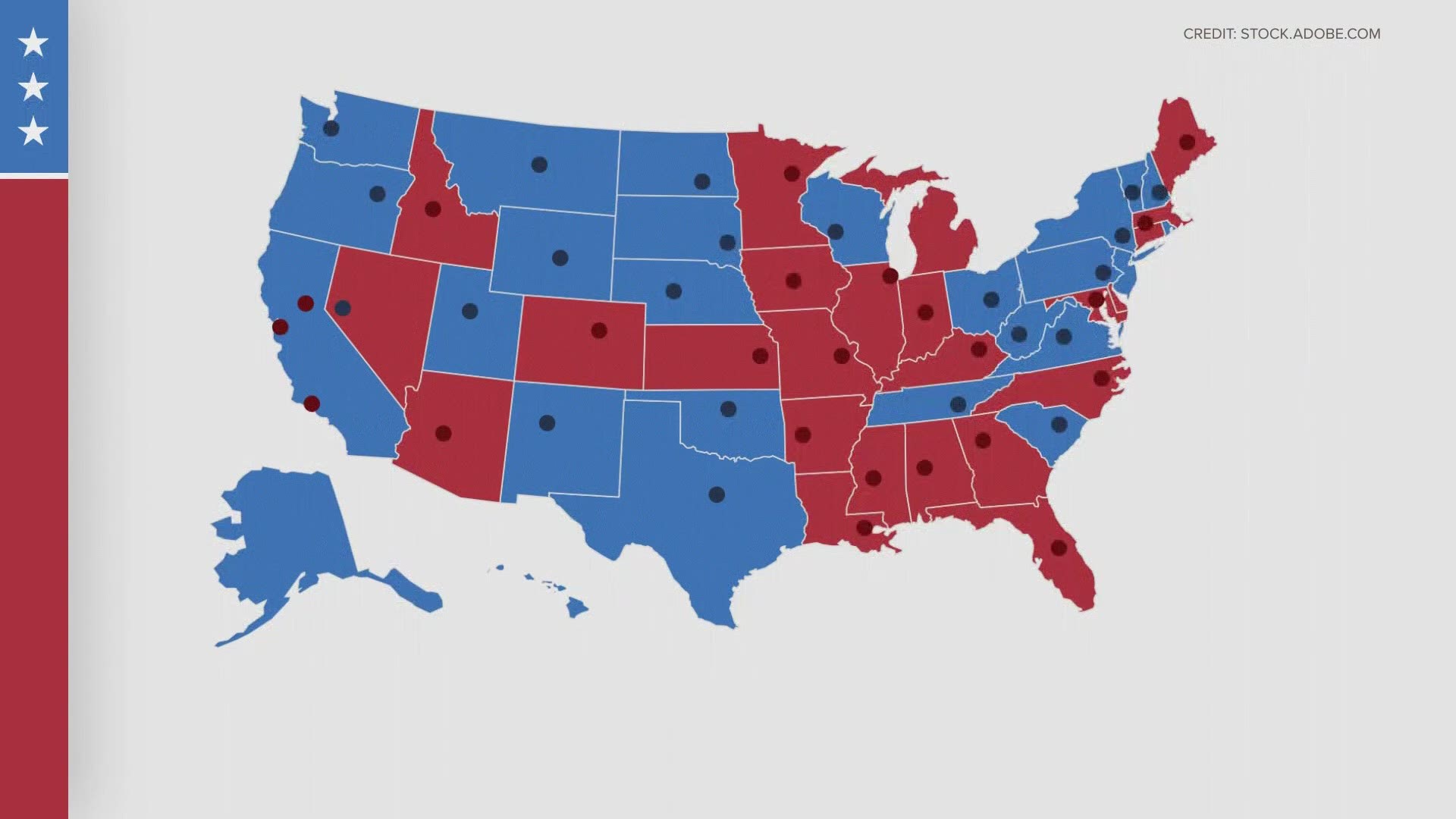 The 2020 presidential candidates have recently focused their campaigns on swing states that could decide the Nov. 3 election such as Iowa, Minnesota or Pennsylvania.

270 is the magic number President Donald Trump and and former Vice President Joe Biden are competing for: the number of electoral votes needed to secure a victory.

It's the process the United States has used since the founding of the country to determine the presidential winner every four years.

And while the Electoral College may not reflect the most popular vote such as in 2016, it is used to reflect the population of each state.

Here's how it works: each state is given a group of electoral votes equal to its number of representatives in congress.

In Iowa, there are six. Pretty small compared to states like California, who have 55.

RELATED: Here are 6 reasons absentee ballots get rejected in Iowa

RELATED: Answering your questions about early voting in Iowa

Here's a look at the difference between the 2012 election between President Obama and Mitt Romney, plus the 2016 between Hillary and President Trump.

Citizens do not directly choose the president but rather guide the choices of a select few.

Iowa and 47 others states, along with the District of Columbia, have a winner-take-all policy. That means the candidate receiving the majority of that state's popular vote takes all the electors.

Maine and Nebraska are the only two states that uses the district method, allocating electoral votes to whoever wins a specific district.

The electoral process has not been amended since 1804.