Election reminder: You only need to send in one absentee ballot request application

If you've sent in an application and haven't gotten a ballot yet, don't worry. Auditors in Iowa will start mailing official ballots out on Oct. 5. 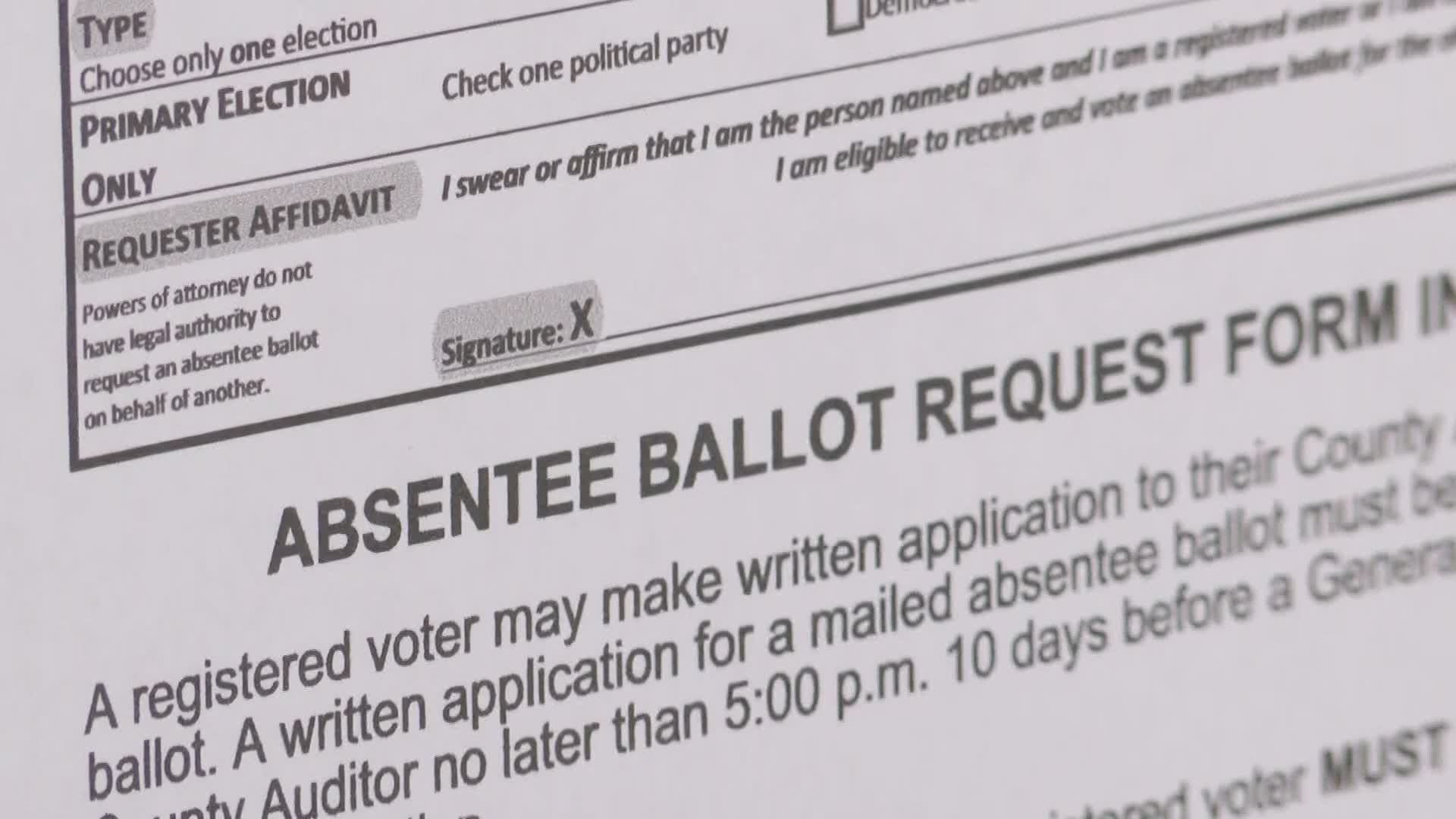 DES MOINES, Iowa — A reminder for Iowa voters: If you're planning to vote absentee in the upcoming General Election, you only need to send in one absentee ballot request application.

"The most we have from any one person is seven," Boone County Deputy Auditor Diane Patrick said. "We're getting a lot. There's a lot of confusion out there."

Patrick said you only need to submit one ballot request to your county auditor.

"The ballots can't be mailed out until Oct. 5," Patrick said. "Just because somebody sent one in and they don't have their ballot yet, that doesn't mean that we didn't receive it. We just can't mail a ballot yet."

RELATED: 2020 Voter Guide: Everything you need to know about voting in Iowa

That's more than a quarter of all registered voters in the state.

More than 572,000 Iowans have requested an absentee ballot for the general election. County auditors begin mailing ballots on October 5th. You can request yours and track its status at https://t.co/7EhW9UHmW2. #BeAVoter pic.twitter.com/Wj84V9dMXA

"If they get more than one, that doesn't mean that we haven't received the several that they've already sent to us," Patrick said. "If they have a question whether they've had that received in the office, they can check online at the Secretary of State's website or they can call the auditor's office."

Absentee voting is nothing new in Iowa.

Kevin Hall, Secretary Pate's communications director, said it's been available in Iowa since at least 1988. That year, about 7% of voters cast absentee ballots.

RELATED: How to update your voter registration

Hall said about 40% of Iowans participating in general elections will typically vote absentee. In the June primary, almost 80% voted absentee.

Get the latest results on Local 5's Elections page on Election Night.