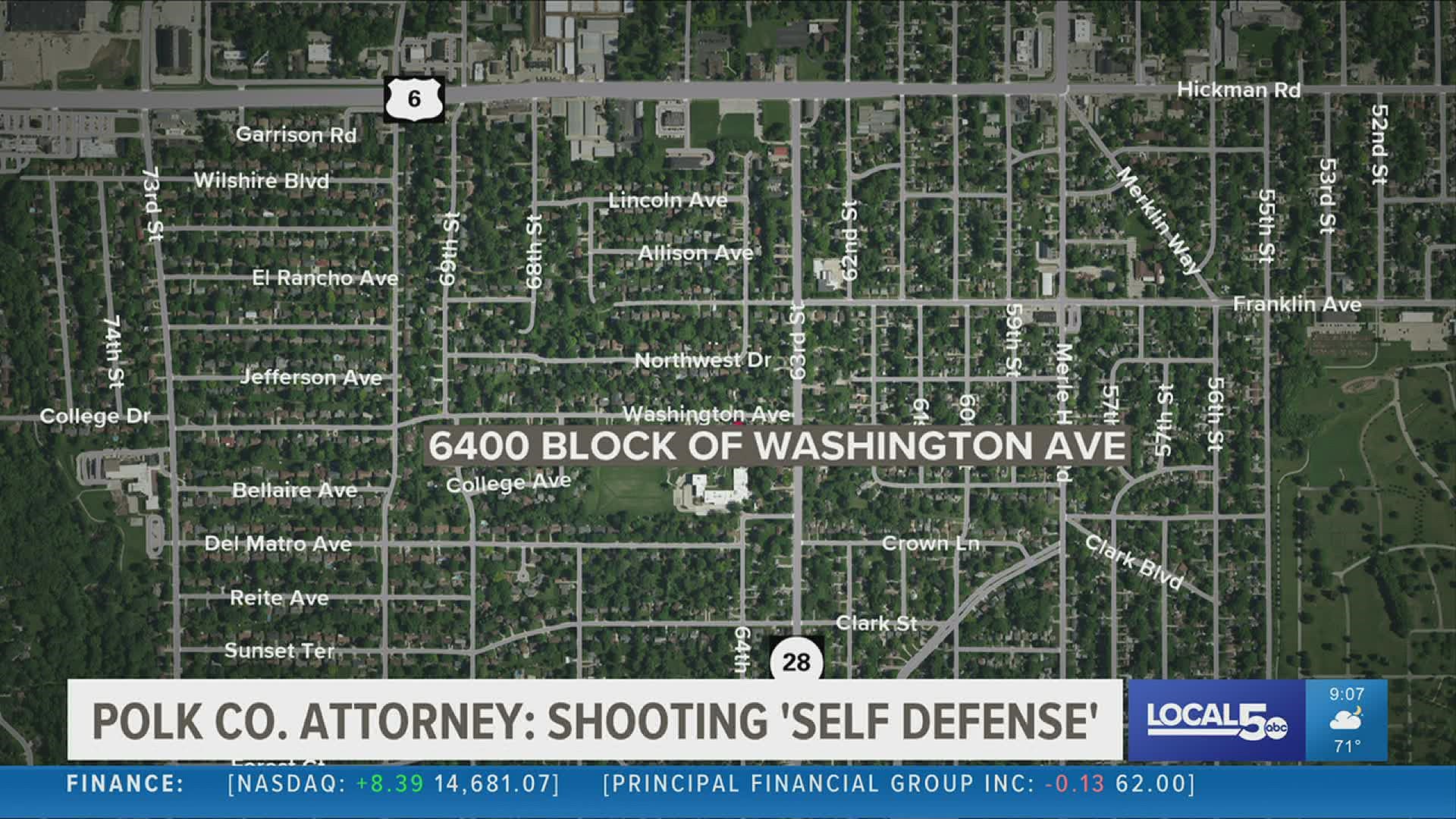 Police responded to a call that two men were fighting and that one of the men had been shot. Police arrived to discover that Jeffrey Lamp, 41, had a gunshot wound in his stomach.

A subsequent investigation revealed that Dwight Taylor, 73, had shot Lamp in self defense. Taylor and Lamp, who were acquaintances, had been drinking when a fight broke out. Police said that Lamp assaulted Taylor and grabbed him by the throat. Lamp then refused to leave when asked to do so, and during a second struggle Taylor shot Lamp.

Taylor retired from the Urbandale police force in 2012. And though no one in the Windsor Heights police department knew Taylor, they asked the Polk County Attorney’s Office, which makes the final call on charges in such cases, to assist in providing neutral oversight and guidance.

Authorities ruled that the evidence at the scene was consistent with Taylor acting in self-defense.

Both Lamp and Taylor, who was injured during the fight, were transported to area hospitals for treatment.

RELATED: Police say 10 shot in New York by 2 men who fled on mopeds