Breaking News
More () »
At The Border 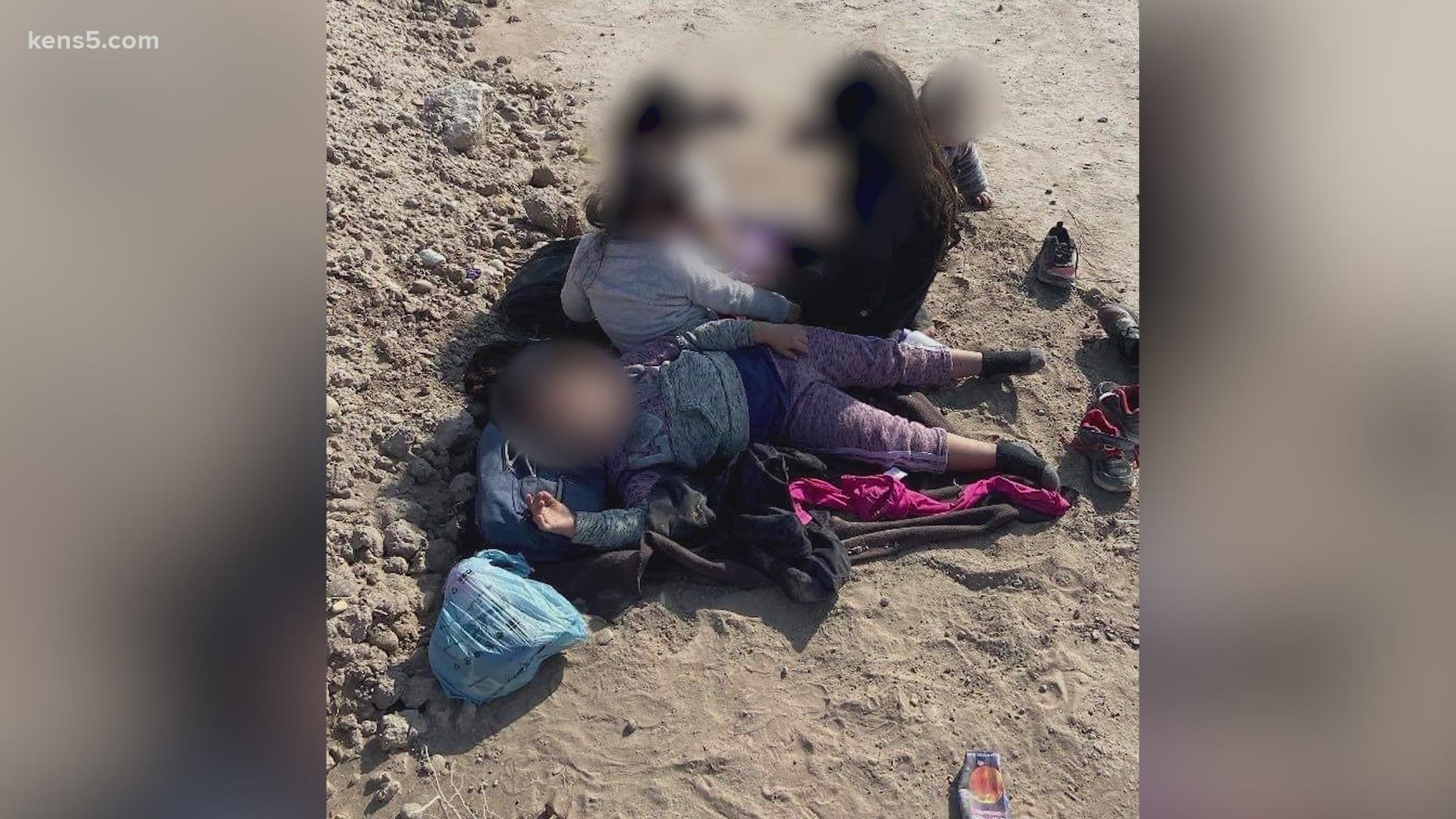 QUEMADO, Texas — A Maverick County man made a shocking discovery over the weekend when he found five unaccompanied migrant children abandoned on a farm off 277 in Quemado.

Katie Hobbs said her husband called her around 8:30 a.m. Sunday morning and then sent a picture of the five little girls left on their land.

“They were crying, they were scared, they didn’t know where their parents were,” said Hobbs. “He thought one of them was dead.”

Hobbs rushed over to where her husband was and took out her phone and started recording what was unfolding.

She said the little girls were left on a dirty blanket, the smallest one, still a baby, didn’t have on any diapers and was crawling around in the dirt.

On one of the videos, Hobbs records four little girls sitting on the dirt, the fifth little girl held by a farm employee.

During the video, Hobbs said, “No one with these children dumped out on the side of the river here on our farm. If this doesn’t make you mad, and want to take to the streets, I don’t know what will.”

Hobbs said they gave the girls water and snacks and called Border Patrol.

Officials with Border Patrol said three of the girls, ages 7, 3, and 2 are from Honduras. The other two girls, ages 5 and 11 months, are from Guatemala.

Hobbs said her husband finished his rounds on the farm around 6 p.m. the night before, and didn’t find the girls until early the next morning.

Two other people are seen in the videos, identified by Hobbs as farm employees, who were trying to calm the children and speak to them in Spanish.

Hobbs said in the decades they’ve lived on and run the farm, they’ve never seen this many migrants crossing over from Mexico.

She said just last week, a group of 50 men crossed not even a half a mile from their home.

Hobbs said she fears it will only get worse.

“Our summers are about to get brutally hot, and it is going to be a killing field, if something is not done,” she said.

Border Patrol officials said the children were taken to a holding facility in Uvalde until they are transferred to the custody of Health and Human Services.

Officials said the girls were in good health, and did not require medical attention.