Breaking News
More () »
At The Border

The majority of migrants crossing the U.S.-Mexico border are being expelled by CBP. 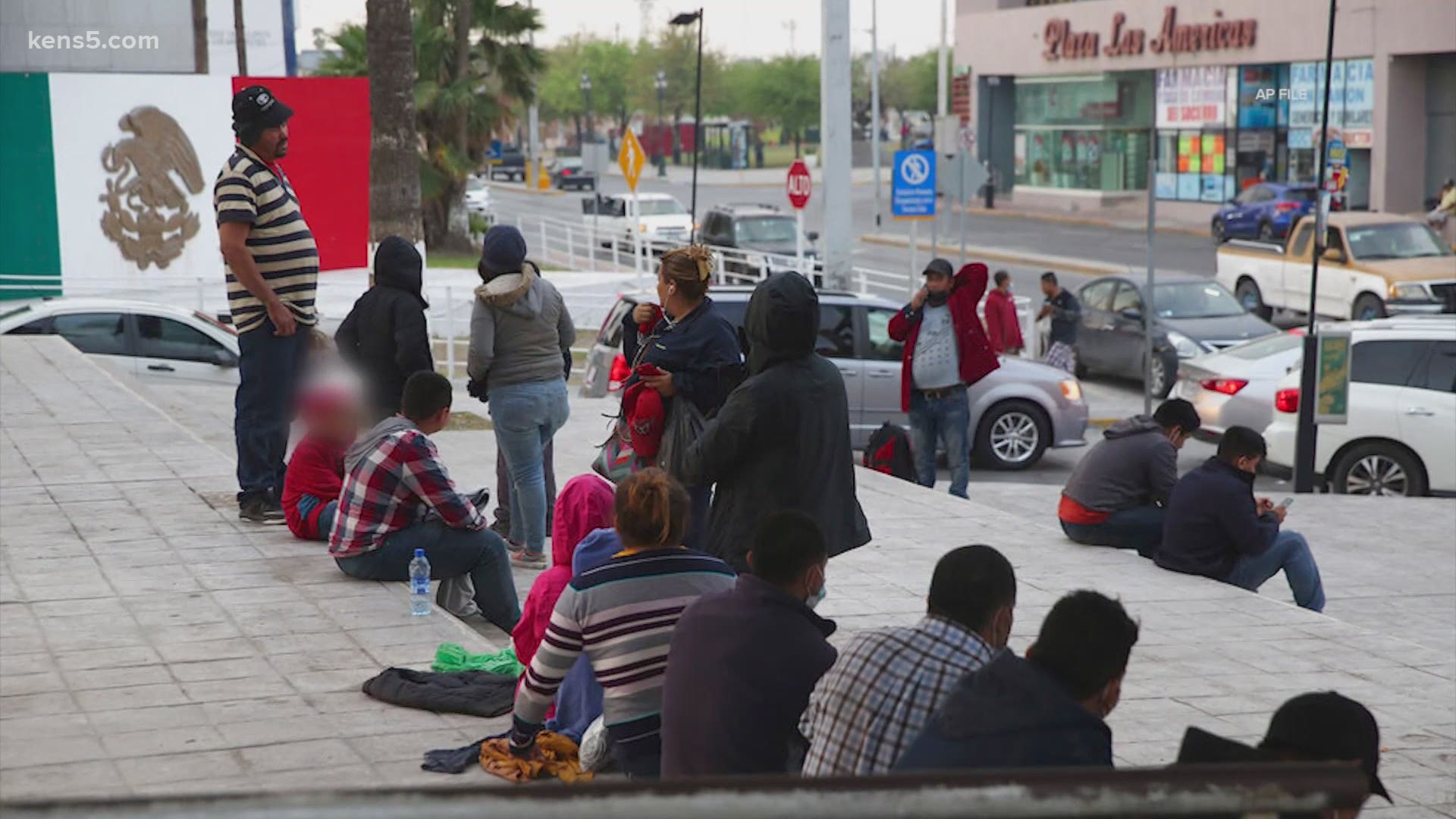 BROWNSVILLE, Texas — The U.S.-Mexico border is a place where hope clashes with reality.

Felicia Rangel-Samponaro sees that clash every day by the very nature of her job as one of the directors of The Sidewalk School for Asylum Seekers.

“We are actually a rapid-response organization, which means we feed people, we house people, we give clothing, blankets, tents, sleeping bags, self-care kits, mosquito netting, lights, kids, sunscreen, food. And after all that we are school,” she told KENS 5.

The organization runs schools in several cities in Mexico. Until recently, The Sidewalk School was ensuring kids at the Matamoros encampment continued their education and helped asylum seekers earn a living, by employing them to run the school.

“Victor (Cavazos, school’s director) and I started working out in Matamoros in 2018 before there was a tent city or tent cities,” Rangel-Samponaro said. “Victor and I were bringing food to those few families at the time.”

The camp in Matamoros, Mexico – located across the border from Brownsville – was created as a result of the Trump administration policy called the Migrant Protection Protocols (MPP), or the "Remain in Mexico program," which forced asylum seekers to wait for their U.S. court date in Mexico.

“At its height, it was about 5,000 asylum seekers living out there,” said Rangel-Samponaro. “At its height also, we had about 700 children, asylum-seekers out there.”

“Besides all the infections, the fungus, the worm, the lice outbreaks, we're talking about their mental health. And that's hard to see on a child who lives inside of an encampment,” she added. “I don’t want that for the children in Reynosa.”

The Matamoros camp was recently emptied out after the Biden administration allowed asylum-seekers with pending MPP cases to start processing into the U.S.

Rangel-Samponaro hoped this would be the end of tent cities, but in reality, it wasn’t.

She says she’s watching a new encampment grow in Reynosa, across the border from Hidalgo County.

“Looks like Reynosa is headed to become another encampment,” Rangel-Samponaro said. “The Sidewalk School is the only physical American organization out there we don't have the backup, like we did in Matamoros.”

Rangel-Samponaro said she noticed a couple hundred people in Reynosa at first, bringing them backpacks with basic supplies a few weeks ago. Now, she said the camp has grown and tents have been put up, just like they were in Matamoros.

“I think Biden cleared out that Matamoros encampment more as of a show that he's different from Trump, and I don't want to come down too hard on Biden," she said. "But at the same time, he is repeating the same thing Trump did, just using a different law to do it. He's doing the same thing."

The Trump administration started using Title 42 in March of 2020. It allows the U.S. Customs and Border Protection to expel migrants to prevent the spread of COVID-19.

The Biden administration continues to use the 1944 law, expelling 103,900 individuals in March of 2021, according to CBP.

“In March 2021, CBP encountered more than 172,000 persons attempting entry along the Southwest border. This total represented a 71% increase over February 2021,” CBP said in a press release. “The number of encounters at the border has been rising since April 2020 due to reasons which include violence, natural disasters, food insecurity, and poverty in Mexico and the Northern Triangle countries of Central America. Title 42 expulsions represented 60% of the total encounters for the month.”

“We're still getting about 2,000 people a day into the United States,” Cuellar added. “The question is, ‘What is the end game? How many more do we accept? Don't we have as a country the right to make those ask those questions, though?’ We have the right to enforce our laws.”

“Those families in Reynosa are living in extraordinarily vulnerable circumstance,” added Dylan Corbett, the founding director of the Hope Border Institute in El Paso, a nonprofit that works to bring people together to “create transformational change and build solidarity across borders,” as the organization’s website states.

“We need to recognize there are human impacts to these decisions,” he added. “The people who are being returned to Juarez, the moms with kids. Every day I see single mothers with children, with infants in Ciudad Juarez returned with without anywhere to go. We're doing this. We're making this decision. This is a policy. This is the result of a policy decision of the United States, of the White House. And we need to we need to change course soon.”