VERIFY: Ames City Council will not be discussing a face mask mandate

A Facebook post claims that city officials are going to discuss requiring people in Ames to wear masks. 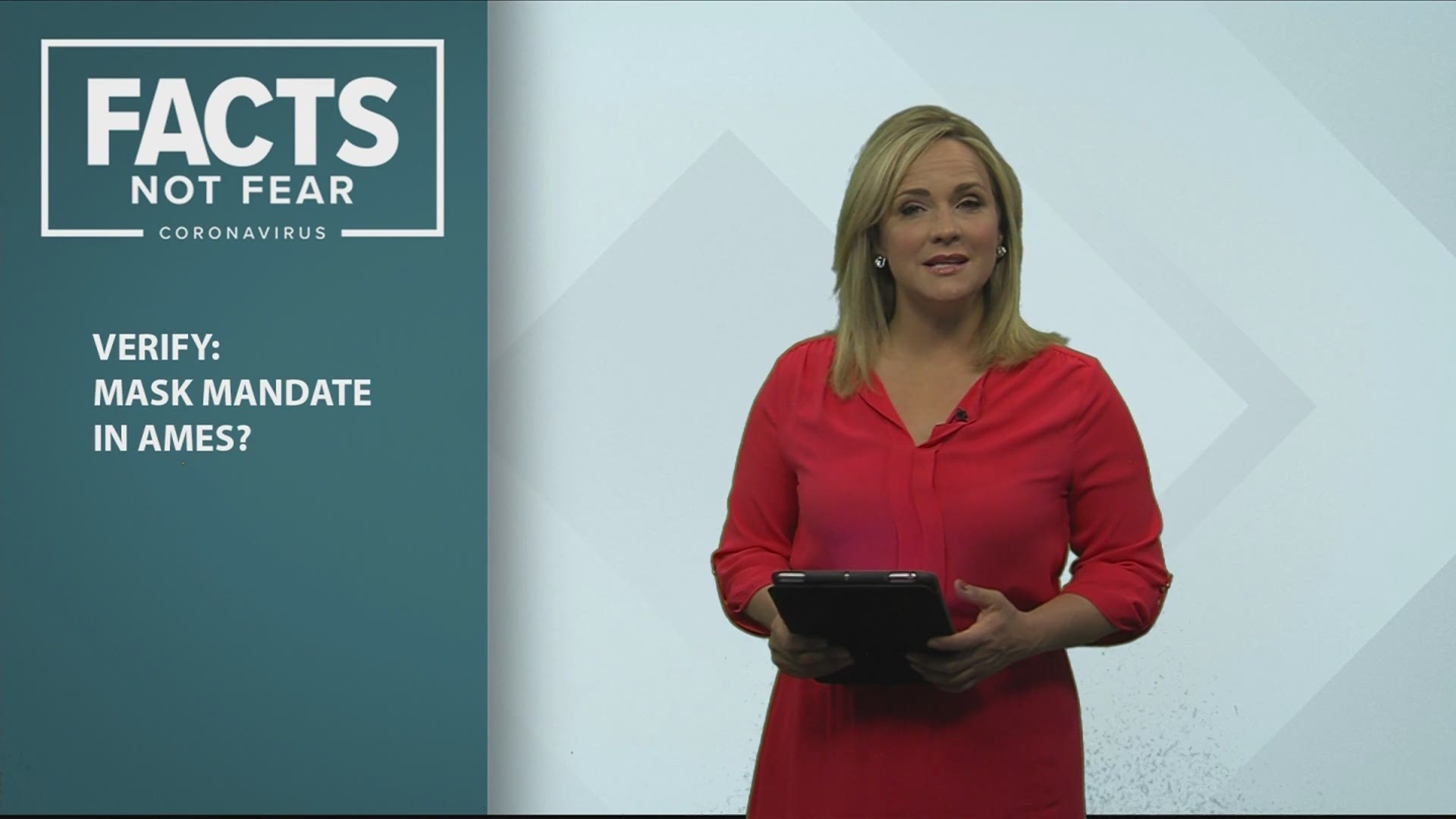 AMES, Iowa — A post circulating on Facebook states that the Ames City Council will discuss a face mask mandate during their scheduled July 14 meeting.

The city tells Local 5 no such discussion is taking place.

"To be clear, the Council will be discussing COVID-19 public health safety, the ability to enforce social distancing as mandated by the Governor’s office, and other pandemic-related items," City of Ames Public Information Officer Susan Gwiasda said. "But not mandating mask wearing."

The Iowa Attorney General has informed the governor that local municipalities' mask mandates do not comply with her public health emergency declaration, and therefore, are not legally enforceable.

"The The Ames City Council has no authority to require mask wearing in public," Gwiasda said. "The Iowa Attorney General has indicated the power to mandate mask wearing is with the State of Iowa and Iowa Department of Public Health."

Earlier this week, the mayor of Muscatine announced a mask mandate as well, but again, she did not have the local authority to make such a rule.