VERIFY: No, increased coronavirus testing does not account for rise in Iowa cases on its own

The claim that COVID-19 cases are going up only because testing is going up is misleading. Here's why. 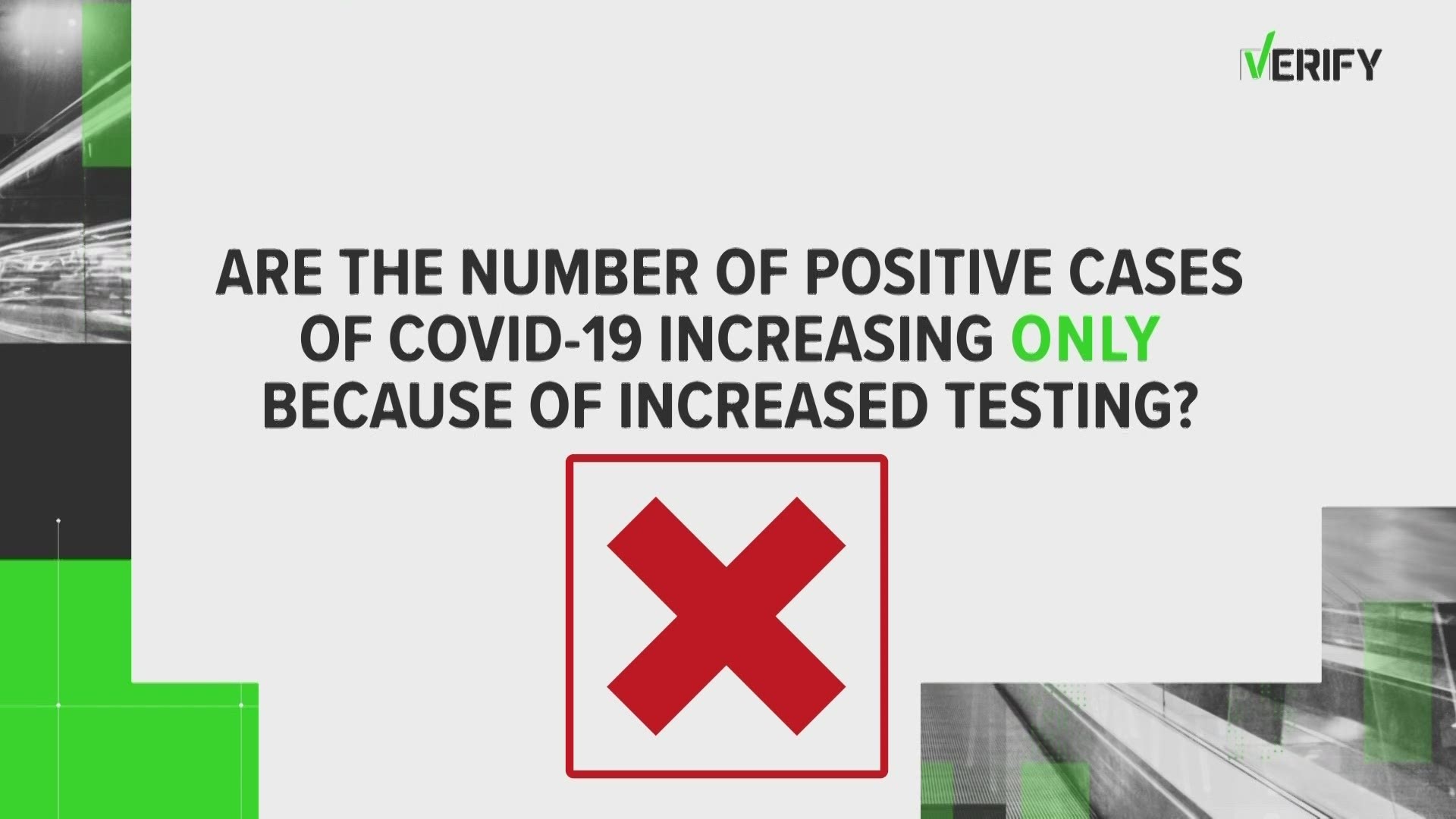 DES MOINES, Iowa — More than 80,000 Iowans have tested positive for the coronavirus since Nov. 1, nearly doubling the amount of cases reported in October.

But many people, including President Donald Trump, have claimed the reason why cases are increasing is due to high levels of testing.

Are COVID cases only going up because testing rates are going up?

No. Cases in Iowa (and the country) are increasing faster than testing, and test positivity rates are also increasing rapidly.

The president has tweeted several times about how an increase in testing leads to an increase in cases. He's also brought the topic up at rallies, like in New Hampshire in late October.

However, the data doesn't back up Trump's claims.

Local 5's Verify team gathered data from the Iowa Department of Public Health's COVID-19 website to analyze Iowa's coronavirus data. The data was pulled from the website at approximately 2:11 p.m. on Monday, Nov. 23.

Then, we found the 14-day average percentage changes of both and charted them against one another.

While both cases and tests are increasing, cases have been increasing at a faster pace since late September. The dip at the end of the graph below is due to the state's live reporting of COVID-19 data.

Here's a closer look at the data from Sept. 1 through Monday, Nov. 23.

Johns Hopkins University has a number of online tools that can be used to visualize testing data available to the public. The data on the site is most helpful when taken all together as a full picture, Dr. Amesh Adalja told WUSA9.

The percent positivity rate, the most important data to Adalja, shows the percentage of tests administered that come back positive.

Data from Johns Hopkins and the IDPH shows percent positivity rate, or test positivity, is on the rise in Iowa.

On Oct. 1, the seven-day average percent positivity of tests, according to Johns Hopkins, was 17.2%. The state's website reports a 14-day average of test positivity at 15% for Oct. 1.

Local 5 can Verify that the increases in testing doesn't account for the rise in new cases in Iowa. Experts agree there is community spread happening which is driving cases to rise faster than tests.