VERIFY: Can social media companies hold onto your data indefinitely?

Social media is nearly essential to everyday life, so Local 5 is verifying whether social media companies can hold onto users' data and messages indefinitely. 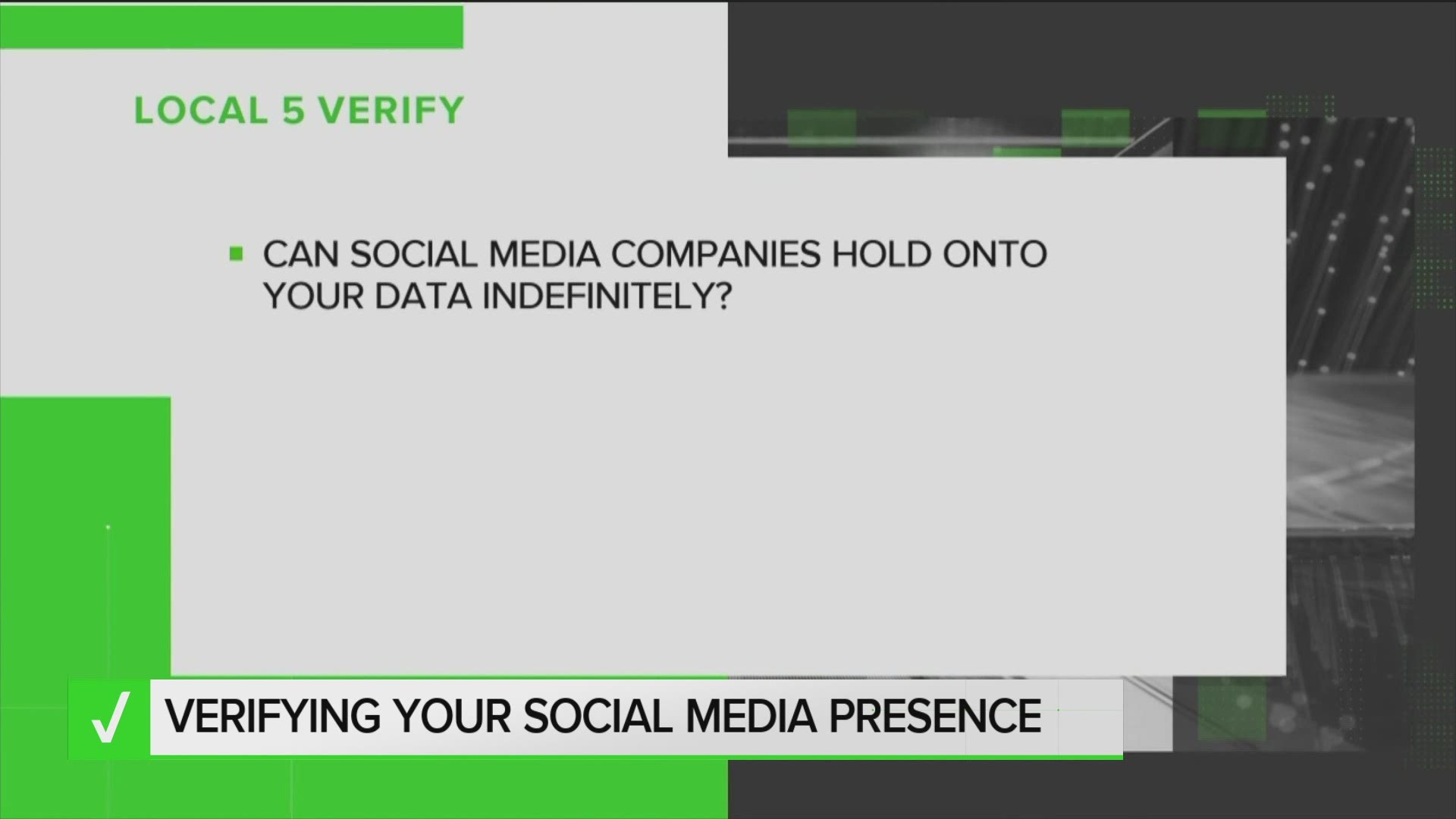 DES MOINES, Iowa — In criminal trials, we're used to seeing attorneys introduce physical evidence like a murder weapon or a fingerprint, but did you know a tweet or a saved Snapchat message can also be used in a court of law?

During the murder trial of Cristhian Bahena Rivera, text messages and Snapchat messages have been introduced as evidence.

Social media is nearly essential now to everyday life and how these apps are used can have long-term consequences, so Local 5 is verifying whether social media companies can hold onto users' data and messages indefinitely.

Local 5's sources are the privacy and data security webpages of Facebook, Twitter, and Snapchat. This is a complicated question, but the short answer is yes.

According to Facebook's privacy page, the company "stores data until it is no longer necessary to provide [their] services and Facebook Products, or until [a user's] account is deleted - whichever comes first."

Facebook may hold onto a user's data longer if that user is involved in a police or government investigation or in violation of the company's rules. Here's what the company's privacy page says about this:

"Information we receive about you (including financial transaction data related to purchases made with Facebook) can be accessed and preserved for an extended period when it is the subject of a legal request or obligation, governmental investigation, or investigations of possible violations of our terms or policies, or otherwise to prevent harm. We also retain information from accounts disabled for terms violations for at least a year to prevent repeat abuse or other term violations."

According to Twitter's privacy page, the company only keeps users' last 18 months of data on file at a time. If a user deactivates their account, Twitter will still hold onto it for 30 days in case that user wants to restore it. Search engines like Google, Safari, or Bing may still have copies of that user's data, like profile information and public tweets, even after that account is deleted.

Here's what Snapchat says about its messaging:

"Generally, once a Snap has been opened by all recipients, the content is permanently deleted and unavailable. If a Snap is unopened by one or more recipients, it may remain on our servers for up to 30 days. A Snap that has been posted to a user's Story can be viewed for up to 24 hours. Typically, the posted Snap is permanently deleted and unavailable 24 hours after being posted to their Story. Chat content will typically only be available if the sender or recipient has chosen to save the Chat. Memories content may be available until deleted by a user."

Local 5 can verify that yes, unless a user deletes their social media account, most social media companies will hold onto that user's data indefinitely. In this instance, Snapchat is the exception.

While deleting a social media account closes the file on that user, remnants of that user can still live on through other users and search engines.