U.S. Marshals say they rescued 39 missing children from Georgia in different locations across the country 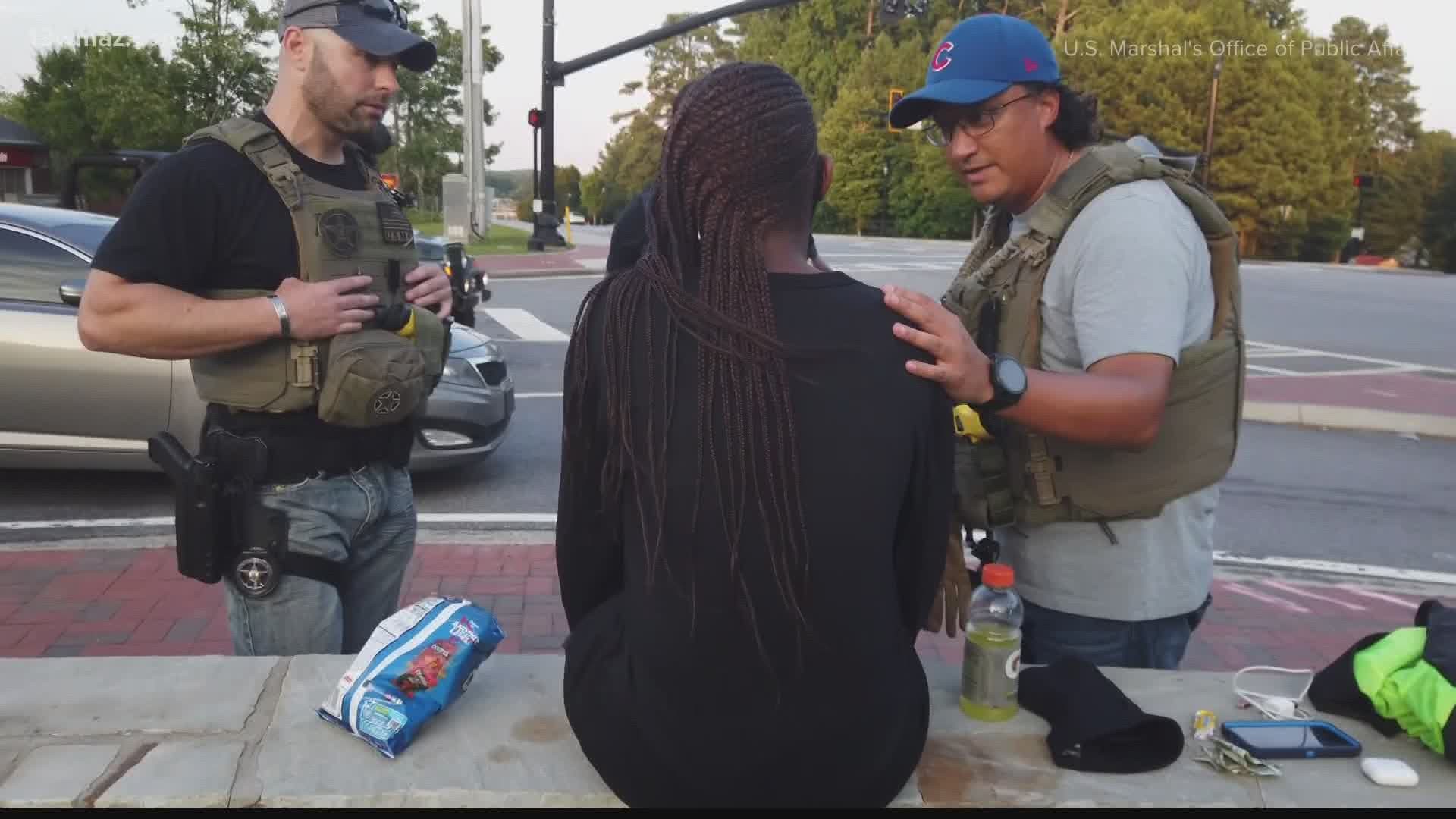 MACON, Ga. — Since the U.S. Marshals announced last week that they rescued 39 missing children from Georgia, we've seen dozens of claims on social media, some shared thousands of times.

One example is a post saying "Can someone - anyone - explain to me why finding 39 missing kids in a double wide trailer in Georgia not the biggest story on the planet?" Facebook even labeled the post as "false information."

We brought these claims to U.S. Marshals senior inspector Josue Rivera who helped to lead the operation. He says this was a targeted operation and that these kids were not found in a single location.

"We knew they were missing. We were looking for specific children that met that criteria so we didn't stumble on a trailer or anything like that," Rivera said.

He also says these children were not part of a ring.

"It wasn't a ring in terms of a single trafficker or anything like that. These were kids that were at-risk to be exploited by potential traffickers," Rivera said.

We verified these claims on social media are false. 39 children were not rescued from a double-wide trailer in Georgia, and they were not part of a ring.

However, the U.S. Marshals did rescue 39 kids who were reported missing in Georgia. They were found in different locations throughout the country including South Carolina, Tennessee, Oklahoma, Florida, Kentucky and Michigan, according to Rivera.

Of the 39, around 15 children are believed to be victims of sex trafficking, Rivera said. Some were found with traffickers, he says. Other children rescued in the operation were runaways, and one was a parental custody case.

All 39 were considered "critically missing" and at-risk for exploitation. Rivera, who took part in the operation, recalled the rescue of a 15-year-old girl.

"A lot of the kids were surprised we were there and the reason we were there," Rivera said. "There were instances where a child asked us, 'Why are you here?' When we told them, 'We're here for you,' in that instance, her response was, 'I didn't know anyone cared enough.'  It was very shocking that these children, some of these children felt that way," Rivera said.

Overall, nine people were arrested during this operation:

James Garcia  - Arrested at a Motel in Clearwater, Fla.  - Warrants out of Whitfield County, Ga. - Aggravated Child Molestation, Aggravated Sodomy and Incest with a Minor

Faye Smith – Arrested at a motel in Clearwater, Fla. – Warrant for Probation Violation

Sally Garcia – Arrested at a motel in Clearwater, Fla. – Interference with Child Custody

Kirk Waters – Arrested in Newton County Ga. – Felon in Possession of a Firearm

Rivera says these investigations are still ongoing, and there could be additional charges.

RELATED: 'Operation Not Forgotten': US Marshals to announce recovery of 39 children in Atlanta, Macon area