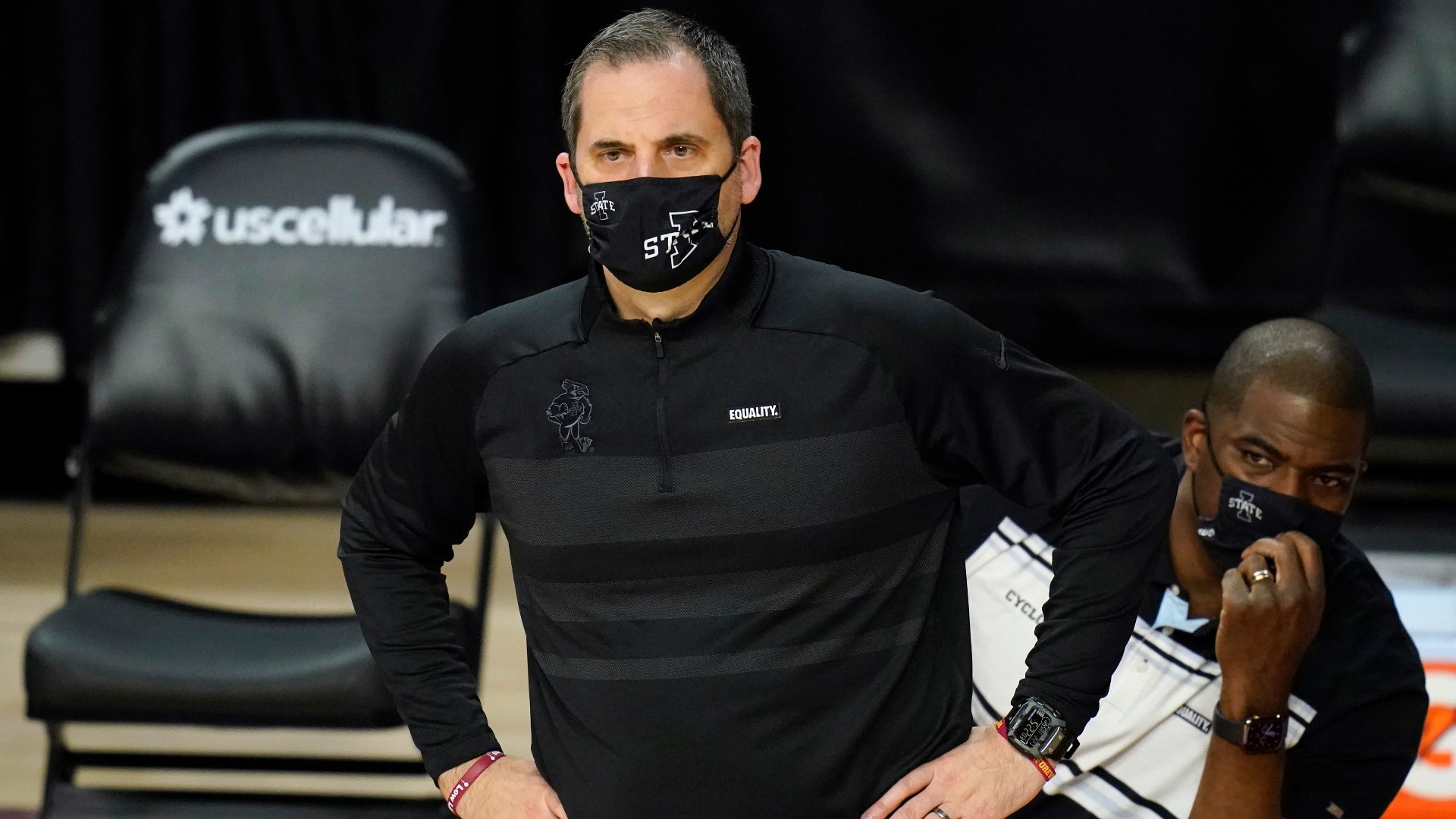 AMES, Iowa — Men's basketball coach Steve Prohm and Iowa State University "have agreed to part ways" according to a press release from the university's athletic department.

ISU Director of Athletics Jamie Pollard met with Prohm Monday night in person, according to the ISU Athletic Department.

In a video released Tuesday morning, Pollard said he and Prohm met several times over the past few weeks to discuss the program.

"It became clear during those meetings that there's no short term fix, it's not going to happen overnight. It might take several years," Pollard said. "It also became clear that we needed to start over."

Watch this video explaining rationale for the change and the search plans. pic.twitter.com/PVYOTvWAYY

"I anticipate the search will go pretty quickly," Pollard added. "Why? With the landscape that we're in now on college athletics, with transfers, being able to leave and be eligible right away at other schools ... with the recruits that we've signed, we have a responsibility to those young men to be able to share with them sooner than later who their head coach is going to be."

Prohm posted to Twitter shortly after discussing his departure, which reads in part:

The last six years in Ames has been amazing for me and my family. Though my time didn't end like I would hope, I leave here focused on the many great and positive things that we accomplished here together.

As I move on to my next venture, I want to take a minute to say thanks to so many people: Jamie Pollard and his staff, President Wintersteen, and former President Leath - thanks so much for the opportunity to lead such a special program.

To my coaching staff, support staff, medical staff and mangers - thanks so much for all your help and all your efforts over the years that culminated into many great moments. I will always appreciate you and value our time together.

To the fans - Hilton Magic is real - to be a part of it was truly amazing. There's no one better!! You guys are elite!!! Thanks for all your energy over the years!!

Finally to the players - to my current players, thank you for staying the course in a very challenging and unique season. Your perseverance and resiliency was greatly appreciated. I wish you all the best and will always be pulling for you!

Prohm's overall record with the Cyclones was 97-95 over his six years there. However, his 2020-2021 club was 2-22 overall. He led the men's basketball team to three NCAA tournaments and two Big 12 Tournament Championships during his tenure.

Pollard, who serves on the NCAA's Men's Basketball Committee, will begin the search for Prohm's replacement "immediately," according to the university.