Major League Baseball announced in a press release Tuesday that the Field of Dreams game will be rescheduled to 2021. 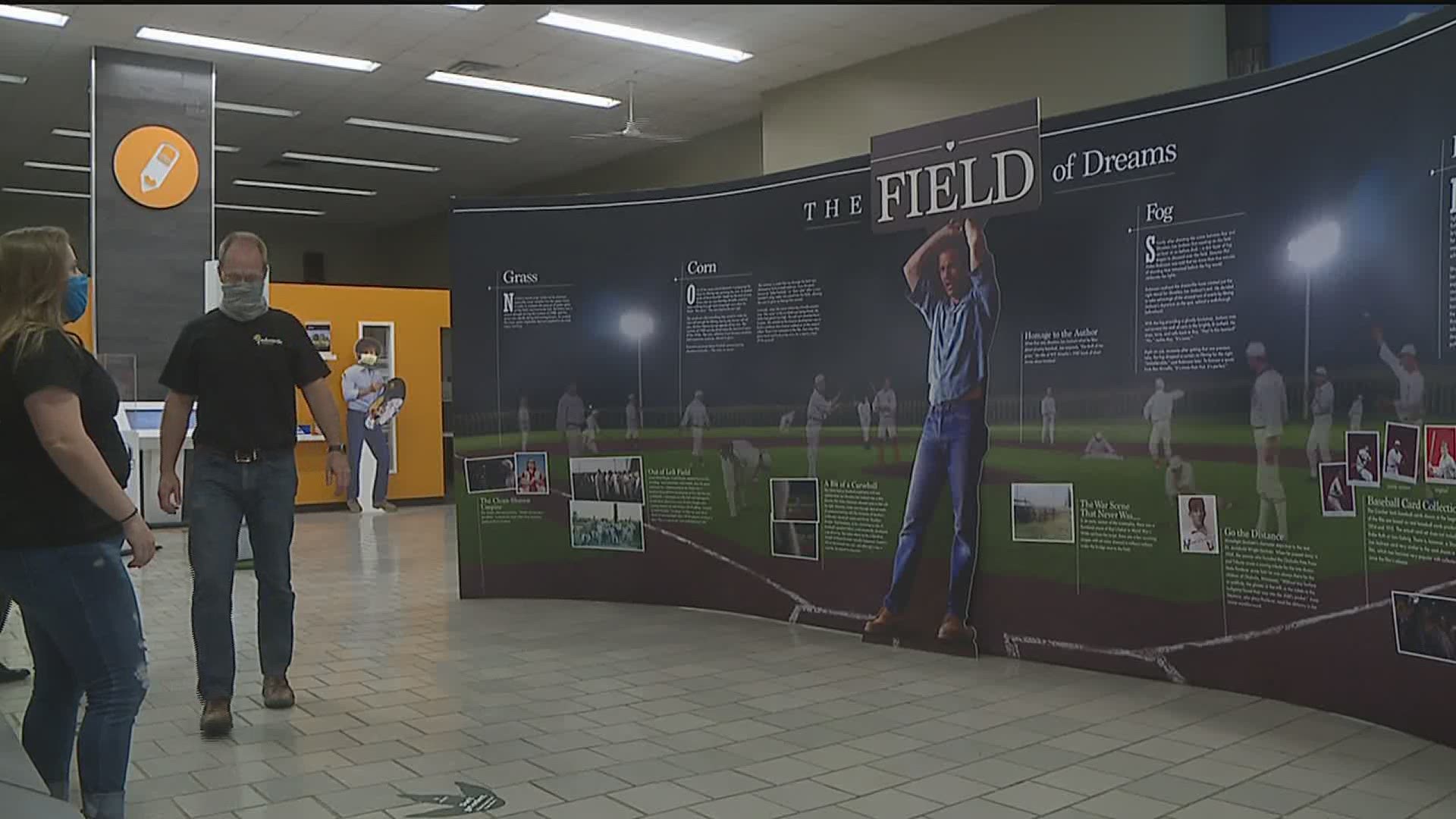 DYERSVILLE, Iowa — Turns out even if you build it, they won't be able to come.

The first-ever Major League Baseball game to be held in Iowa at the filming location of the Field of Dreams, a 1989 sports film, has been canceled, according to Ken Rosenthal, a reporter with The Athletic.

Cardinals-White Sox game at Field of Dreams next Thursday in Dyersville, Iowa cancelled, sources tell The Athletic. Reasoning not believed to be tied to additional positive tests on Cardinals. More a logistical problem.

MLB announced the canceled game in a statement Tuesday and, "hopes to make the event a part of its 2021 regular season schedule next August featuring the White Sox as one of the participants."

"We have come to the conclusion that it would not be prudent to ask Clubs to step outside their normal routines given the evolving public health challenges," Commissioner of Baseball Robert Manfred Jr. said in the statement.

The game's cancellation was reportedly not related to a recent uptick of positive coronavirus cases among Cardinals players and was a "logistical problem," Rosenthal said.

KSDK reported Cardinals President of Baseball Operations John Mozeliak said he was not aware of any cancellation of the event.

The St. Louis Cardinals and the Chicago White Sox were set to face off in Dyersville, Iowa Thursday, Aug. 13, 2020.

The New York Yankees were originally scheduled to face the Sox, but the Cardinals took their slot after the MLB only allowed playing opponents from their own division and alternate league counterpart division due to the COVID-19 pandemic.

Around 8,000 people were expected to attend the game bringing around $25 million to the area.

News of the cancellation comes just three days after the MLB tweeted a time-lapse of a new field being built adjacent to the movie site. Crews have been on-site since fall 2019.

MLB at Field of Dreams is becoming a reality.