'This could be a Disney movie': ISU, Oregon quarterbacks looking forward to Fiesta Bowl homecoming

The two starting quarterbacks in the Fiesta Bowl share more than just a position. 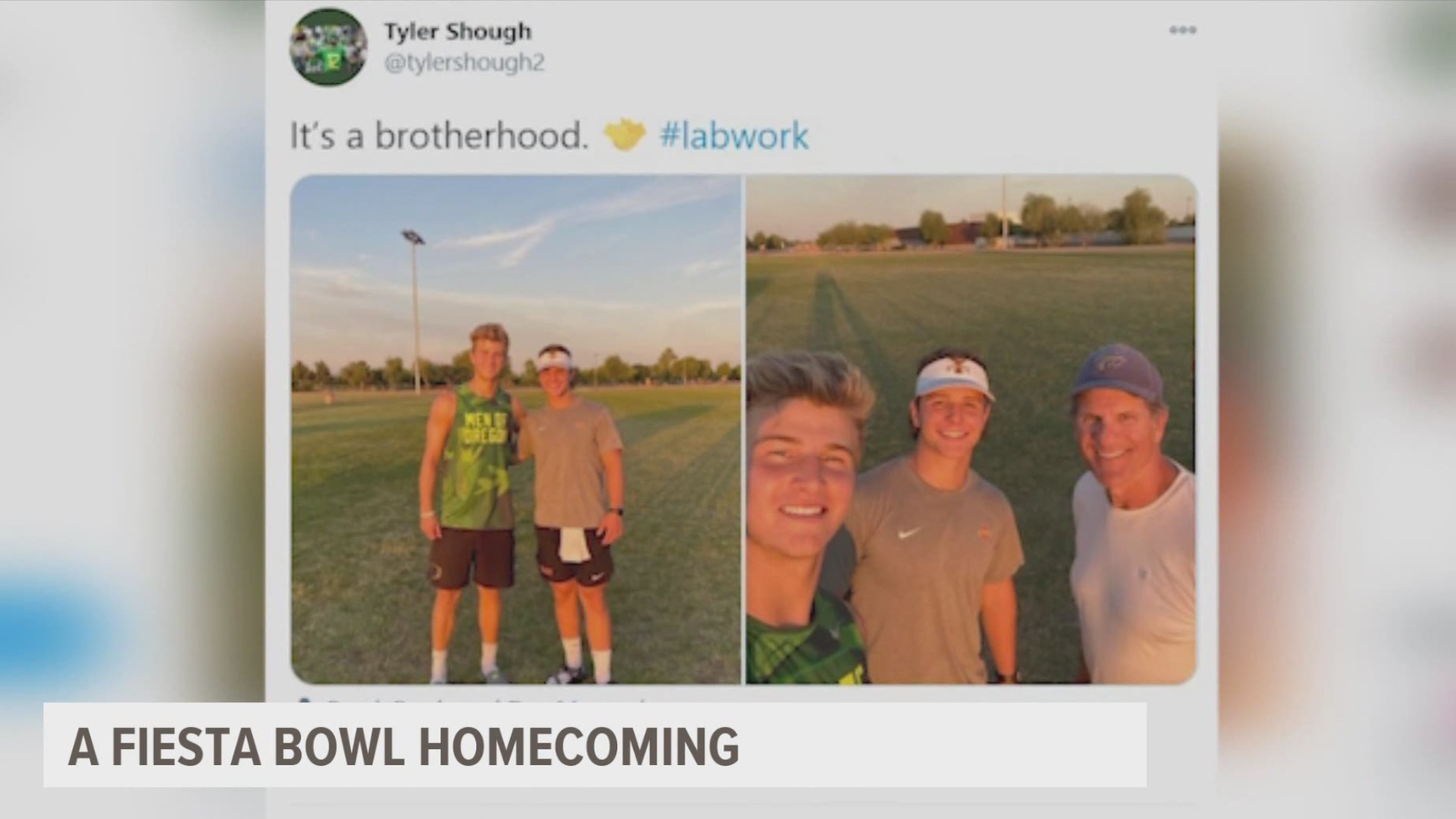 The Iowa State Cyclones are preparing for its biggest bowl game in school history, and it's a game that will be a homecoming for the two starting quarterbacks.

Before they were making a name for themselves on the college stage, Brock Purdy and Tyler Shough were just a couple of guys from the Phoenix area who played some wild high school games.

"I remember just going out and really whoever had the ball last was going to win," Purdy told reporters at the Fiesta Bowl media availability on Dec. 22.

He's not exaggerating. Just look at some of the two QBs' closest games.

"These two going at it, I call it friendly rivalry. These guys were teammates in baseball in junior high and they work out in the summertime," Arizona-based quarterback coach Dan Manucci said.

Even in college, the two still work out together. During the pandemic, they were back home working with Manucci, and it is all respect between the two of them.

"Whenever we are out there training together, we are trying to give each other tips and advice and we really do both hope the best for each other," Purdy said. "We do compete when we are on the same field."

It is the competitions back in high school, two quarterbacks slinging it all over the field, and upset victories that elevated Purdy to where he is now.

"To be able to do that, for me I knew I could go up against anybody and compete against the best and I was going to go get my dream," Purdy said.

Even once they started to realize their dreams, Purdy and Shough never backed down from a test.

"It's almost as if I can't work them hard enough," Manucci said. "It's like in Oliver Twist when the kid comes up and says 'Thank you sir may I have another?' Well that's their attitude."

"This could be like a Disney movie if you stop and think about it," Manucci said. "What are the odds two guys from Arizona, about five miles apart, that have played against each other are going to play against each other in the Fiesta Bowl?"

"To be able to play in front of my family and friends back home will be really sweet and I'm going to show my appreciation for everybody who has always been there for me."

The Fiesta Bowl is on Saturday Jan. 2 at State Farm Stadium in Glendale, Arizona.