They all put in the work for ISU football, but with the program reaching new heights, they can't help but be excited for Saturday's matchup with Oklahoma. 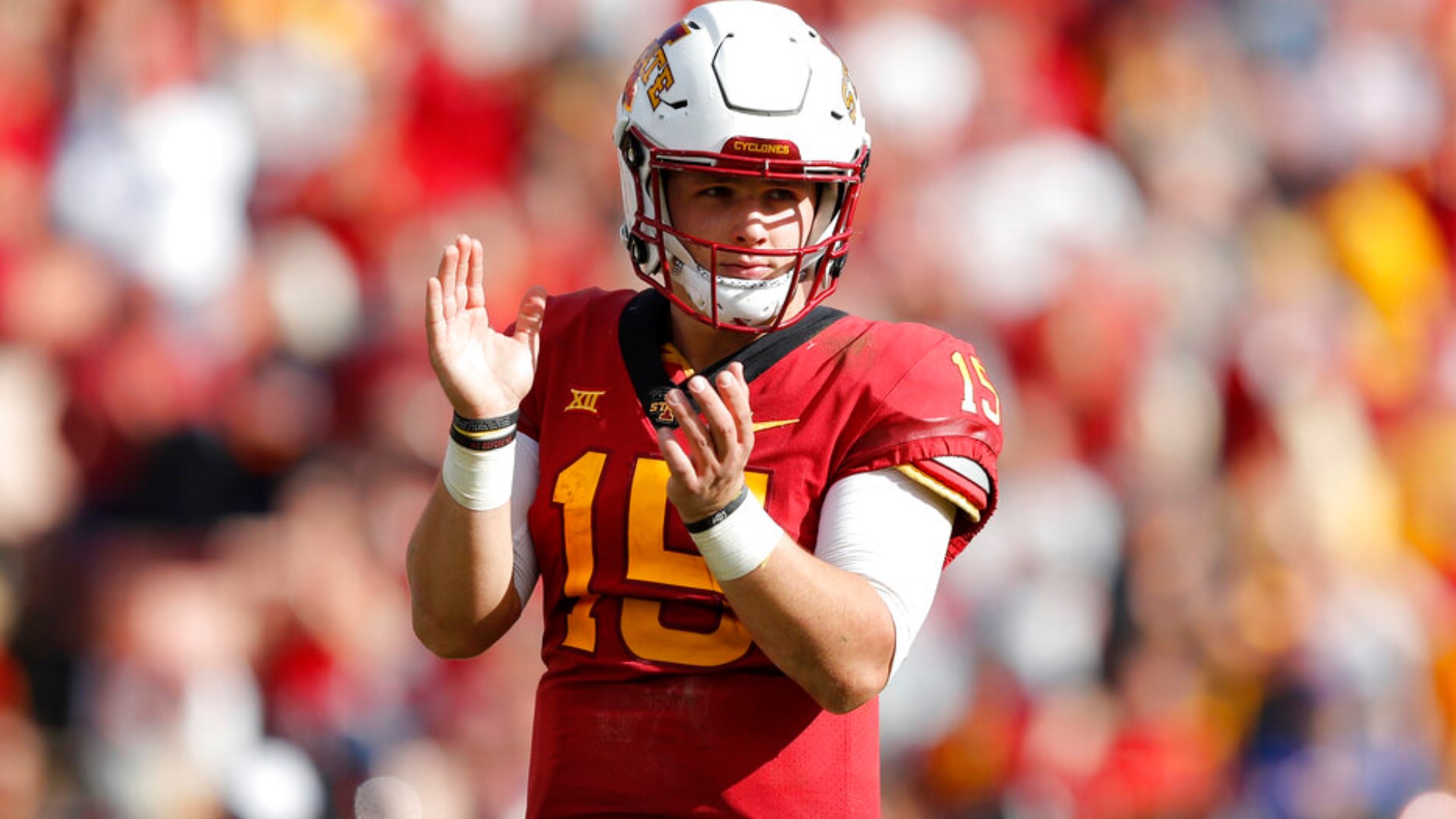 IOWA, USA — Cyclone fans will be glued to the Big 12 Championship Game on Saturday, and with good reason.

“For these players, these coaches and the fans as well, to get this payoff now in what's been ... you know, [a] really hard, crazy year ... it's just so cool," former ISU wide receiver Todd Blythe said. "So much fun to be a part of."

It's safe to say, this is the biggest game in program history

“For a school to not even be in the Big 12 Championship or any type of championship game ever," said former receiver Marchie Murdock. "And then, you know, now it's it's happening this year ... it's kind of, you know, I wouldn't say a perfect year but it's you know it's almost close.”

A lot of former players have been watching from afar.

“This is the stuff we talked about when we were freshmen in the dorms, that we wanted to do. You know, when you're a freshman you're setting the doors maybe you're redshirt and you're getting up early for a 5:30 [a.m.] workout," Blythe said. "Like that's why you do all that stuff and that's the stuff that we talked about when we're in that position. And, you know, all these years later, now to see it actually come true and actually happened for these players. It's just so cool to watch."

Some could trace the groundwork for this back to the Dan McCarney era.

“It means a lot man. I mean, shoot we've came a long way," Seneca Wallace, a former Cyclone quarterback said. "I mean, it shows a lot of growth but where we are now, you know when we're talking about is the top team in the Big 12 and for us to be able to play in the Big 12 Championship Game I mean, come on now. I mean, you couldn't ask for anything more."

And whether the former players are watching at home or at AT&T Stadium, one thing they agree on: being a fan this time around is much more stressful.

“It’s pretty much the only thing that's been on my mind, like it's kind of crazy like I'm not even playing," Murdock said. "But what I learned as a, you know, especially as an Iowa State fan and a phone player like it's way less stressful playing."

“More stressful as a fan," Blythe said. "As a player you feel like you're kind of at least in a little bit of control of what's going on.

"As a fan you have absolutely no control so you know, [I'm] living and dying with every snap right now.”

Coming up tonight on @weareiowa5news as a part of our "Road to the Title" Cyclone coverage, I caught up with a handful of former players to find out what the Big 12 Championship means to them.Also asked @todd_blythe if it's fitting that ISU makes the title game in a pandemic. pic.twitter.com/wNT5lrhYlq

RELATED: How to watch Iowa State vs. Oklahoma in Saturday's Big 12 Championship Game

With every snap, hit, and touchdown, nerves will be flowing. Because at the end of the day, this is about the brotherhood of Iowa State football.

And for those that have come before these current players, Saturday's game carries a lot of weight.

“It would mean everything to me and cycling fans it's what we've been waiting for our entire lives, literally haven't won a conference championship forever,” said Jack Whitver.

“To proudly proudly wear our cardinal and gold around, you know around town around the country wherever you're living. I think that's what that's the big thing that this this game really provides with fans,” Blythe said.

“It means a lot. I mean shoot you know I mean that means all the blood sweat and tears that everybody has put into this program, and put in the hard work to kind of put us on a national stage," Wallace said.

"CyHawk Gameday" will broadcast LIVE from 10:30-11 a.m. Saturday on Local 5, online at WeAreIowa.com/Watch or via the YouTube link below!