Iowa State to kick off against Louisiana at 11 a.m. Sept. 12 on ESPN 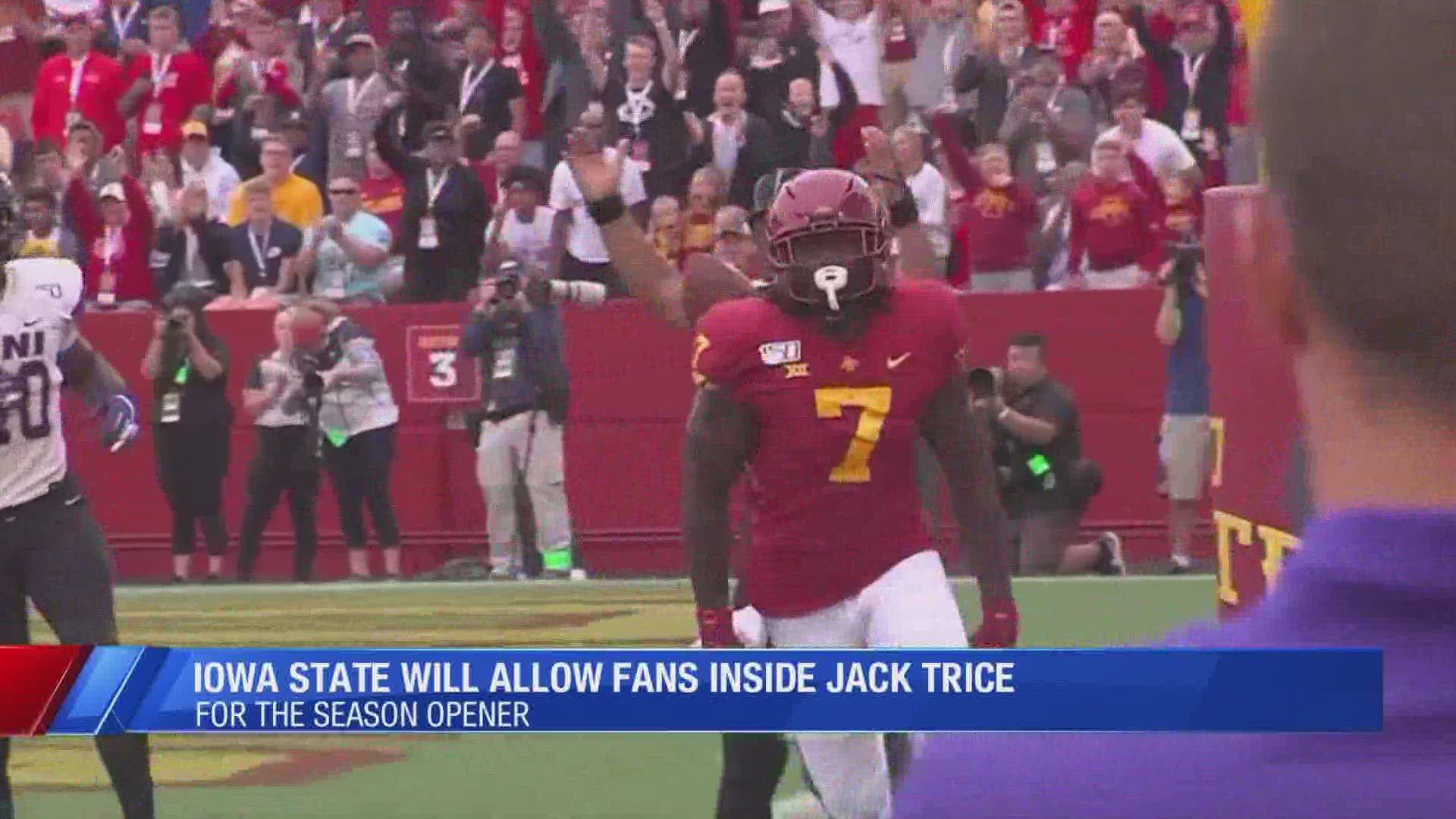 AMES, Iowa — No fans will be allowed into Jack Trice Stadium for Iowa State University's first football game of the year against Louisiana, according to Athletic Director Jamie Pollard.

Kickoff time is set for Louisiana.

ISU is the only university of its size in Iowa to play football this fall.

In a letter to fans, Pollard says the athletic department staff has "strategically reassigned all seat locations using current Cyclone Club giving levels, priority points within those levels and taking into account location and/or price, to create improved social distancing."

Fans can take a look at seating by clicking/tapping this link.

Here's a quick look at what Sections: 1-4 at Jack Trice will look like. The red dots are spots for fans to sit and the gray spots are empty seats:

Credit: Iowa State University Athletics
A look at how seating will be during ISU's first game at Jack Trice during the COVID-19 pandemic.

RELATED: Cyclone fall sports: No tailgating at football games, other sports may compete without a postseason

"The safety of all participants and fans remains our top priority," Pollard said in the letter.

If the season's first home game is successful in mitigating the spread of the virus, Pollard says the Cyclones will allow all season ticket purchasers to attend the Oklahoma game scheduled for Oct. 3.

If mitigation efforts aren't followed adequately at the first game, no fans will be allowed at future games.

"An important factor in the decision to allow fans is our belief that Cyclone fans are willing to adhere to our mitigation measures," the letter reads. "The purpose of this letter is to ask for your support in helping create a safe environment while also providing our team an impactful home field advantage."

A total of 711 of those positive tests have been confirmed since Monday, Aug. 24.

The state's coronavirus website shows the county has a 14-day positivity rate of 21.3%.