Diehard Cyclone fans make the trip to Texas for gameday 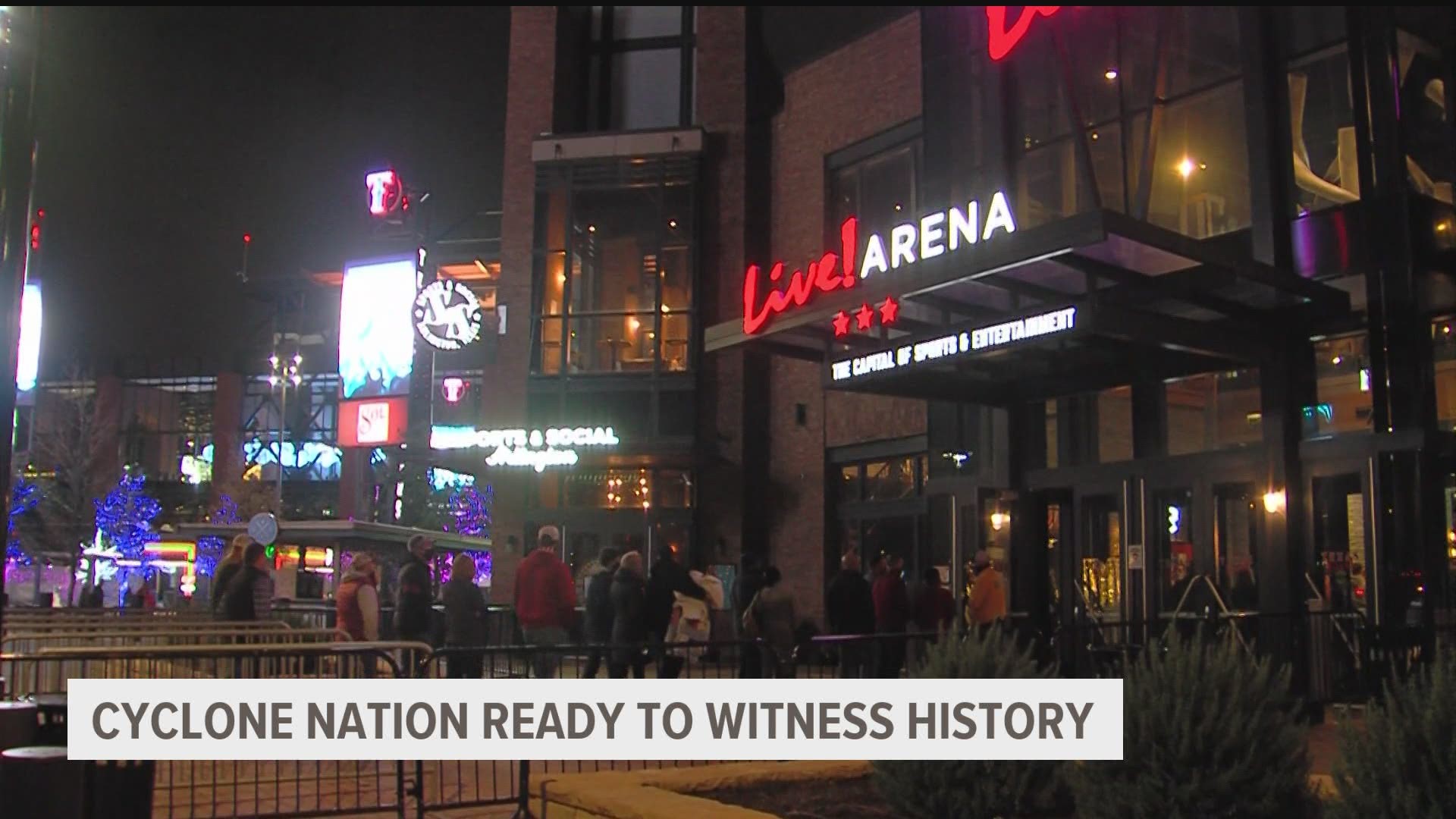 For the fans that traveled to Arlington, Texas to watch the game in person, they found themselves just a five-minute walk away from AT&T Stadium.

"I think Coach [Matt] Campbell probably put it best where we were at one time was on the bottom of college football," said ISU fan Tim Graeve. "And now to have the opportunity to work our way to the top ten consistently is just unbelievable what he's done in five years."

The Cyclones haven't been to a conference championship game in over 100 years, and at that time it was the Big Eight Conference.

At the Des Moines International Airport, masks and plexiglass were just the first steps before a flight to the big game.

"Bought tickets about ten minutes after the game was over," one fan said. "Because it's a once-in-a-lifetime thing. Well, hopefully not anymore, but so far."

Another fan said he was looking forward to see the Cyclones' name painted onto the field. 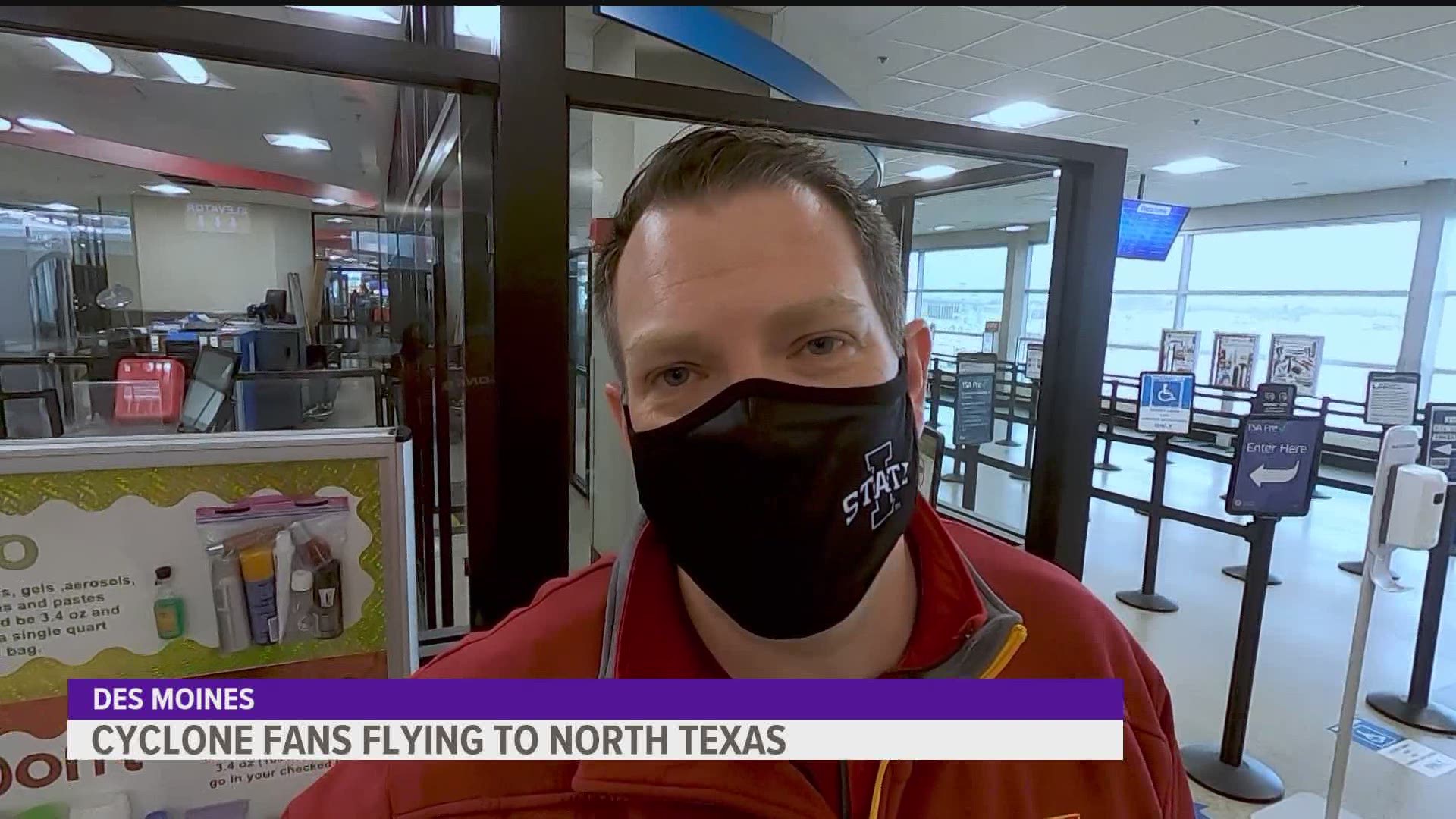 More diehard fans like Joey Meyer and Jen Cross feel like there's no choice but to watch the cardinal and gold take the field from the stands.

"You really can't put it in words. There were so many times even in the last 15 years, even through Dan McCarney. We were a game away, another game away." Meyer said. "And then one loss by somebody else and we obviously hadn't made it to a Big 12 championship football game."

"So when this came around it's like doggone about time."

"You never know when it's gonna happen again," Cross said. "We're a relatively-healthy crew, so we know the precautions and we take care of ourselves."

"Life's short, so you might as well make the tripe and buy the tickets and cheer on a victory."

Hear from some other fans who made the trek to Texas:

"It's the most cyclone thing ever that this is how we would get to the Big 12 Championship."

"We're living the dream. Who would have ever thought after the first game that they'd be here today, but they just kept believing and a little bit of luck and this is where they are."

"CyHawk Gameday" will broadcast LIVE from 10:30-11 a.m. Saturday on Local 5, online at WeAreIowa.com/Watch or via the YouTube link below!