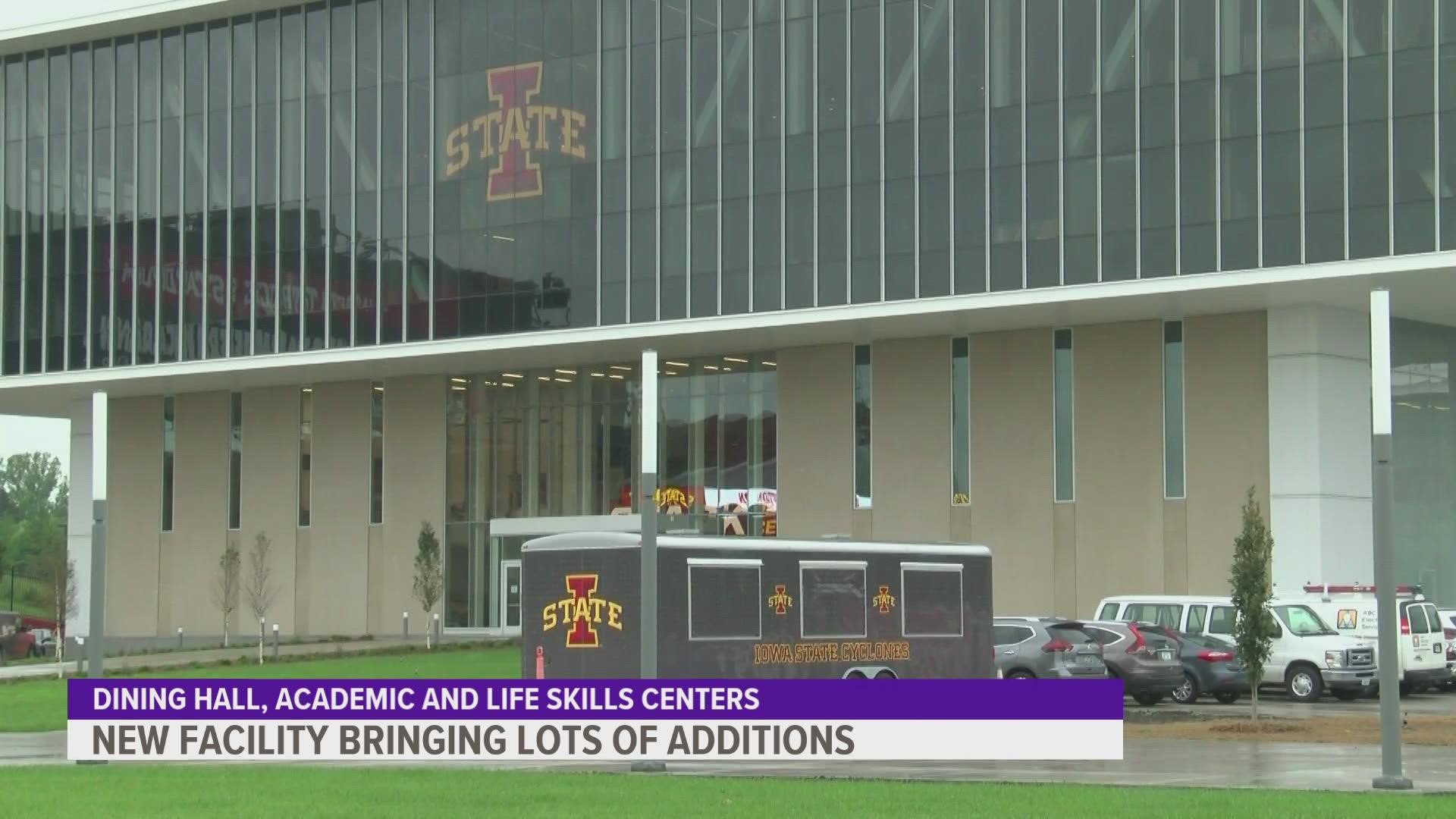 AMES, Iowa — A project five years in the making is finally coming to fruition for Cyclone student-athletes. The new sports performance center is ready to go for the upcoming season.

The Cyclone Sports Performance Center has officially opened its doors. The project, which featured a $90 million price tag, got started shortly after Coach Matt Campbell came to ISU for the 2016 season.

"With the energy and the excitement and the success that he's brought to the football program, created an opportunity to, you know, not only do something for the football program but really for all of our student-athletes," said Chris Jorgensen, Senior Associate Athletic Director for Iowa State.

There's a laundry list of additions. All student-athletes are getting a new dining hall for nutrition help, an academic center for keeping grades on track, and a life skills center providing career advice. The idea was to make the space an efficient one-stop shop for athletes with packed schedules.

"They have limited hours during the week," Jorgensen said. "They've got a full schedule, both athletically and academically, and trying to centralize some of the resources for them under one roof should really help them throughout the day."

RELATED: Here's how Iowa State managed to fund a 'full crew' of workers for home football games this season

The facility is already getting a vote of confidence from student-athletes.

"It is absolutely first-class now," said Chase Allen, a tight end for the Cyclone football team. "That's what I'm telling the guys who've since moved on, you've gotta come back and see this place."

The facility connects directly to the existing Bergstrom football center. As part of the construction, it also added a new plaza on the north side of the stadium that fans will be able to enjoy.

"I think it'd be a really great gathering space for our fans on game day, really provides a welcoming approach to the stadium. And, you know, from an operation standpoint, we really should be able to process people faster into the stadium, we'll have more gates open," Jorgensen said.