Olson was voted the PAC-10 Coach of the Year seven times, made five Final Four appearances and he brought home the 1997 NCAA Championship win. 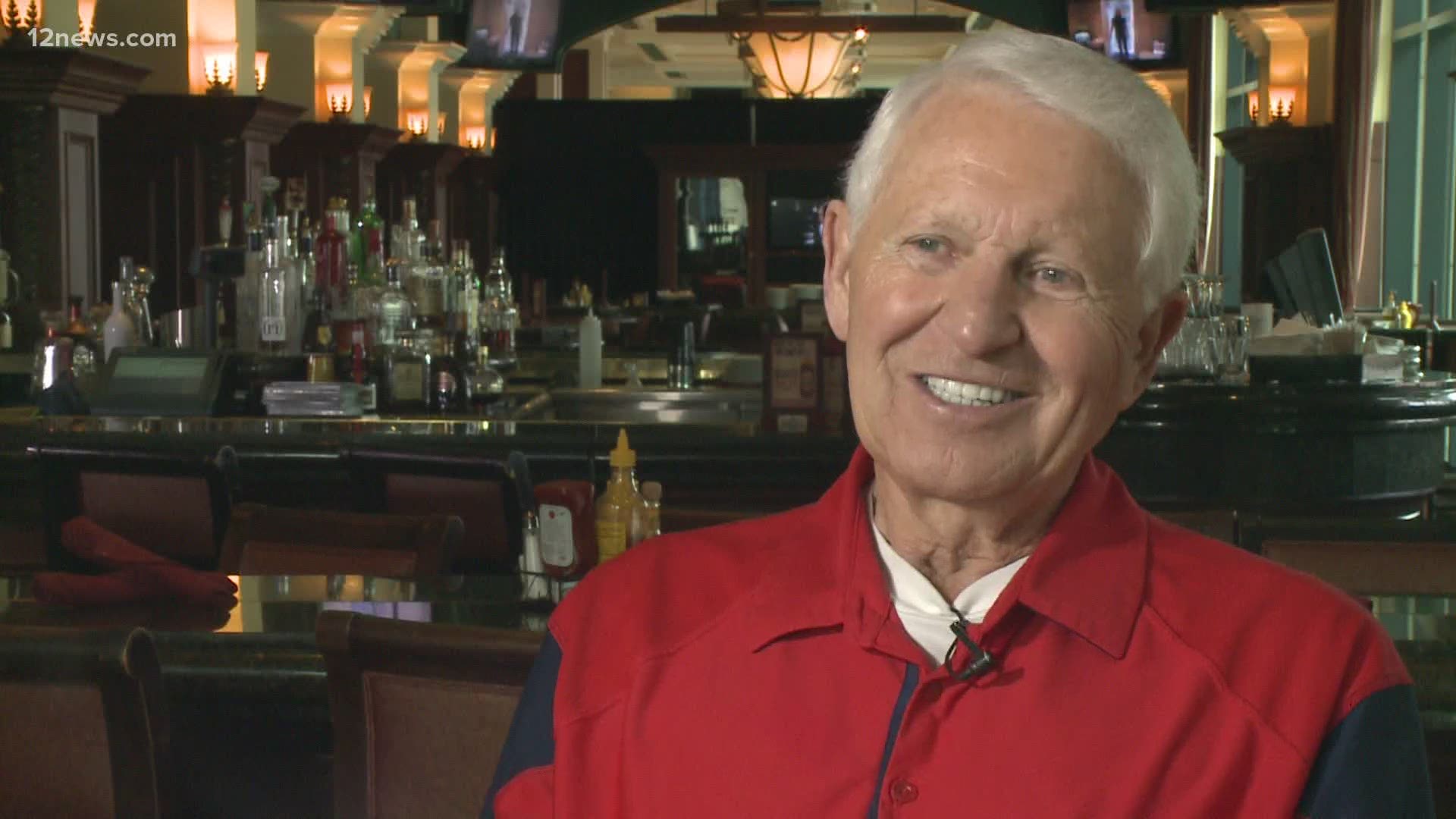 PHOENIX — For a University of Arizona basketball fan, the word legend is almost always synonymous with the name Lute Olson. He was the official face of the basketball program for 25 years and the unofficial face in the years after.

Olson was born on September 22, 1934, in Maryville, North Dakota. He attended Augsburg University in Minneapolis, Minnesota where he played football, basketball and one year of baseball.

Augsburg University is also where he met his wife, Bobbi, who would become famous in her own right among Olson's players for her pancake breakfasts and team mom status. The two were married in 1953.

Olson's status as an icon is due, in part, to the players he coached who would go on to be legends in their own right. Steve Kerr, Mike Bibby and Luke Walton to name a few. Those players, and many others, went on to top NBA franchises across the country. But in Tucson, Lute was the star.

Olson led the way for 23 consecutive NCAA Tournament appearances, starting in his second year of coaching at Arizona. He was voted the PAC-10 Coach of the Year seven times, his teams made five Final Four appearances and his 1997 team brought home the NCAA Championship win after defeating three #1 seeds in the same tournament.

The City of Tucson, not just university students, delighted in these accomplishments. And how could it not? Olson brought prestige to a mediocre basketball program, to the school it represented and the city at large.

Coach Olson - We are forever indebted to you for what you did for our program, university and community. #BearDown pic.twitter.com/aj9rAbAn6y

On January 1, 2001, Lute suffered a painful loss when his wife of 47 years, Bobbi, passed away from ovarian cancer. The basketball court at McKale Center is named the Lute and Bobbi Olson Court in her memory. The couple had five children together.

In the years after his retirement, Olson became a fixture at all Arizona home basketball games and often traveled to road games in California.

On April 12, 2018, The University of Arizona honored Olson with a statue outside the McKale Center on campus.