This Saturday's game represents the biggest game in the history between the two in-state foes. What should you know before heading to Jack Trice? 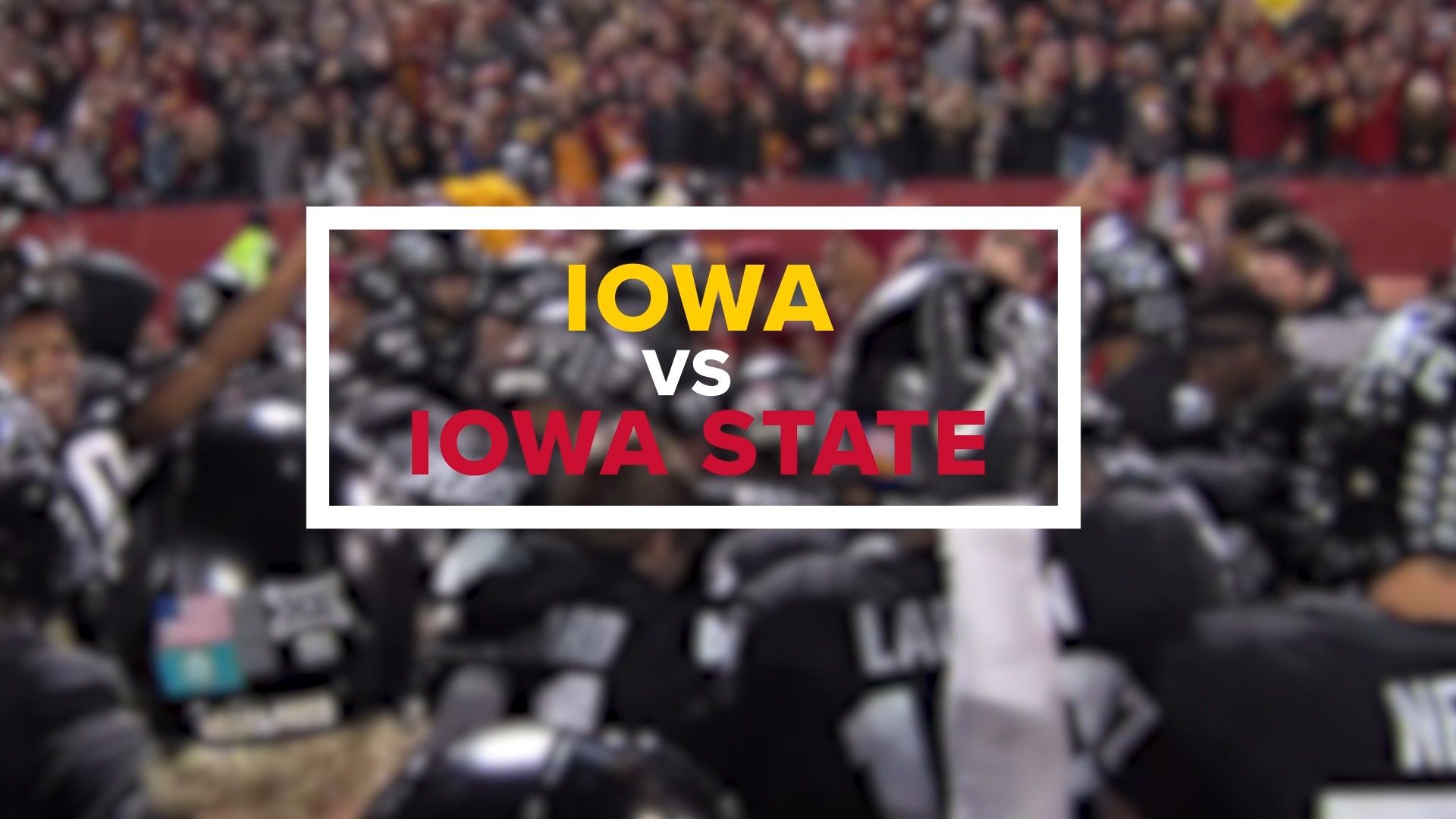 AMES, Iowa — This Saturday's game between Iowa and Iowa State is the biggest in the series' history for many reasons.

First, it's the first time both teams are ranked in the AP Top 10 at any point during the season, let alone the week they're playing each other.

Second, ESPN's College GameDay is back for its second trip to Ames, marking this game as college football's most consequential matchup of Week 2.

Third, it's only the second matchup so far this season to have two teams in the top 10 squaring off, after the Clemson and Georgia showdown last weekend.

But, before you head to the big game to cheer on either the Cyclones or Hawkeyes, there are some changes you should keep in mind.

First, masks are not required in or around the stadium, although Iowa State strongly encourages them in indoor areas.

Second, parking will no doubt be very difficult, given the full attendance capacity for the game. This year, officials have raised the fine of illegally parking to double that of previous years.

Third, only digital tickets will be accepted at stadium gates this year. Make sure to have your tickets loaded on your phone before arriving.

Fourth, there are two new gates to enter the stadium on the north side of Jack Trice, off of S 4th St., near the new performance center.

Finally, there will be no alcohol served by concessions inside of the stadium this year, due to the pandemic and other facts.

Enjoy the game and the biggest faceoff in Cy-Hawk history!