Dowling Catholic's Carter Baumler keeping an eye on MLB Draft while waiting for H.S. Baseball season to get started 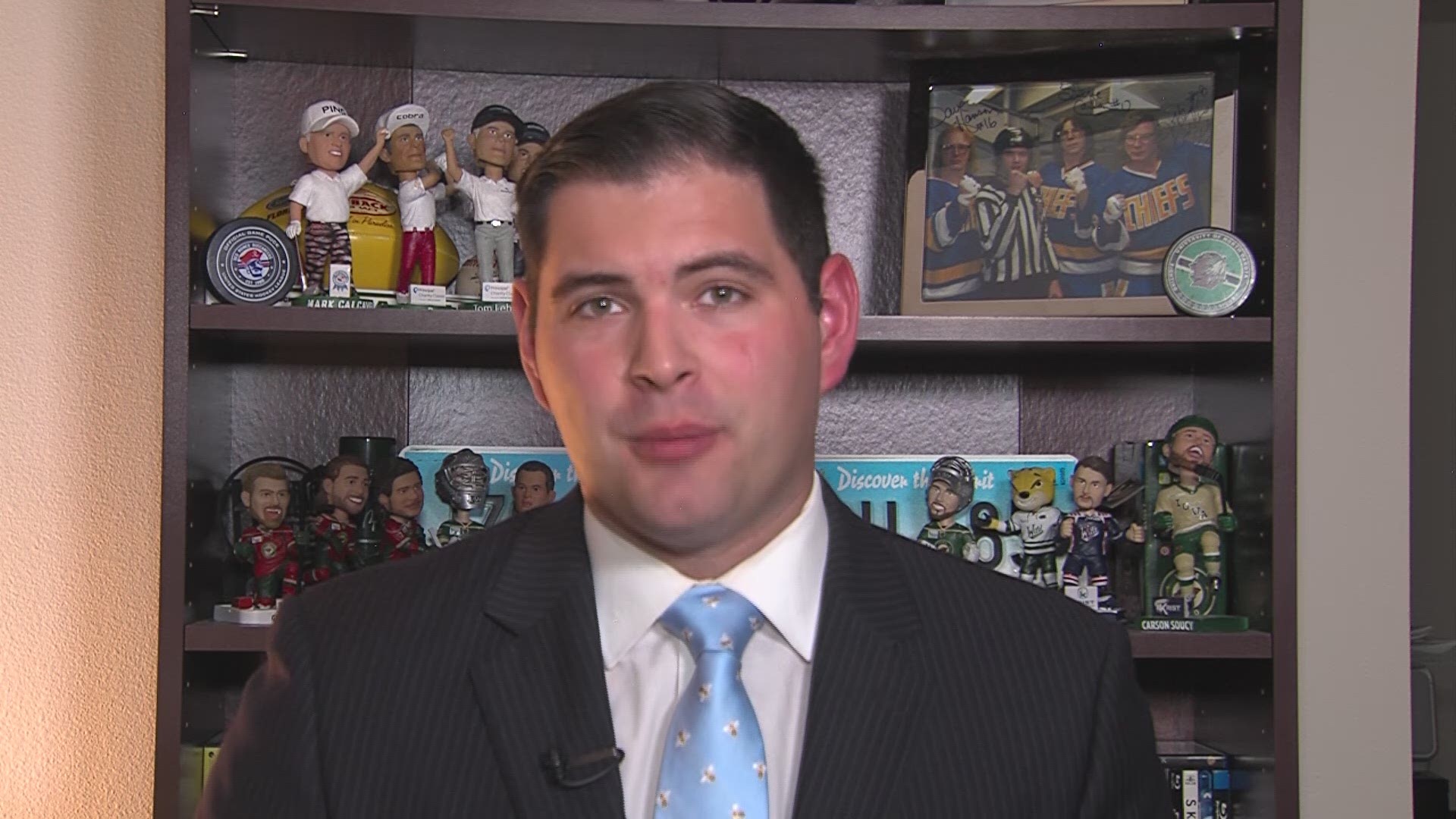 DES MOINES, Iowa — Carter Baumler has the potential to be the next big league star from the state of Iowa but so much remains up in the air for the Dowling Senior as the sports world looks to get back on track,it’s just a matter of when.

“So, the draft actually just a few days ago got moved to five to 10 rounds. No one really knows when that day is gonna be, but I'm just gonna I'm going about my normal stuff. I'm trying to become the best Carter Baumler and the best player I can be.”

Carter Baumler has the potential to be one of the best baseball products this state has seen.

He has good movement on his breaking ball, and his fastball is now hitting in the low 90’s.

It’s a product of the last four months of work put in.

“I grinded this whole off-season just so I could come out and have a spectacular year.”

Now the question is, what kind of baseball season will we even get?

High school teams can’t practice right now, so Baumler looks at it as an extension of the off-season to keep building.

“There’s no excuses to not be in your best shape of your life really.”

So he’s still doing work, hoping to play a little high school ball, then hear his name called in the shortened 2020 MLB Draft

“My projections are high enough that I don’t think it will  effect me too much but you know we’re just playing it by ear we don’t know what’s going to happen.”

He is thought to be a lock for the first five rounds of the draft—then he’d have a decision to make between going pro, or joining the TCU Horned Frogs, where he’s committed to play college ball.

“It all really comes down to the economics of what they would give me TCU is a phenomenal option and I’m just going to see what happens.”

Neither is a bad option, but the first focus is getting back on the field to play a real game of baseball.

“The next time I play could be this fall with TCU or it could be professional baseball, no one really knows what’s going to happen.”

Baumler and the Maroons were thought to be toward the top of 4A baseball this year. They were a semifinal team a season ago.