For the three seniors on Drake University's Softball team, they didn't get a senior day, or a chance to even play one more home game in their final season. 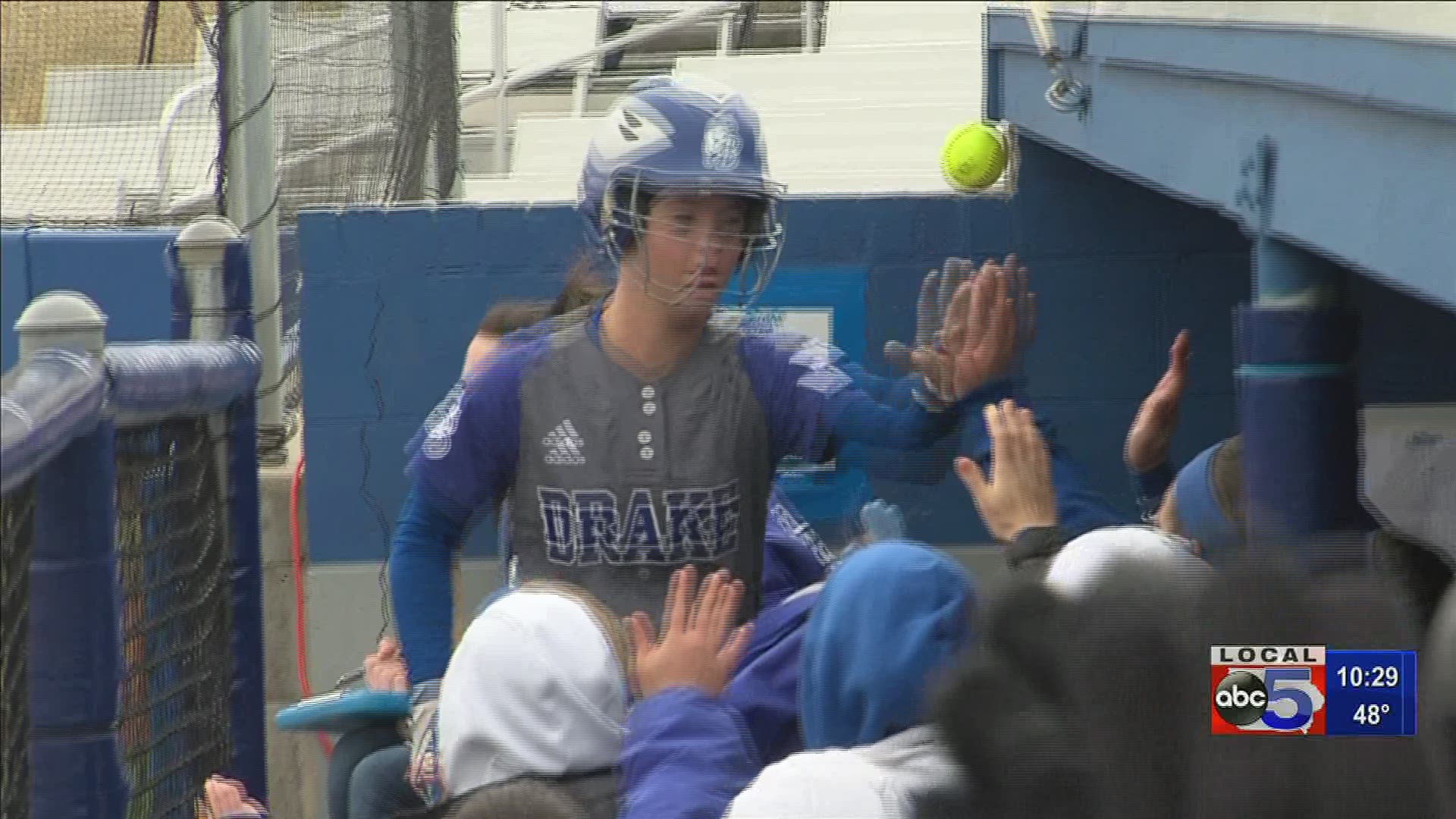 DES MOINES, Iowa — "That's just like getting hit in the gut like three times in a row and not being able to get up at that point in time."

That's how Drake Softball Coach Rich Calvert summed up the feeling when he had to tell his team their season was done.

"No one wanted to see it end so I think for the first time all year coach would say we probably had nothing to say," said senior, Mandi Roemmich.

For Abby Buie, Sarah Maddox, and Mandi Roemmich, they had played their last game in a Drake Uniform.

"Those three have had some great years for us."

Roemmich, in particular, has left her mark on the Bulldogs program after three and a half seasons.

"Mandi Roemmich will be our leader in almost every single category offensively. I know that there was a couple that she wasn't going to be able to reach because of the season being canceled."

She has the Drake single season record for total runs, the career record for doubles, and was just six hits and six runs away from setting career records in both of those categories.

Even if the NCAA does grant waivers for seniors in spring sports to get one more year of eligibility. That's not something Roemmich can take advantage of.

"Unfortunately for me and i think our other seniors that's not really in the cards for our future.

She's going pro in something other than sports, and starts dental school at the University of Iowa in the fall.

But as she graduates from Drake, she will have plenty of moments to cherish.

"Hopefully they'll have the memories that we've established over the last couple of years that they can look back on."

"I can think back on every single person and think of the memories that I had with that person and these will be my lifelong friends and so I'm just really thankful for my teammates and the people I got to meet because of Drake University."