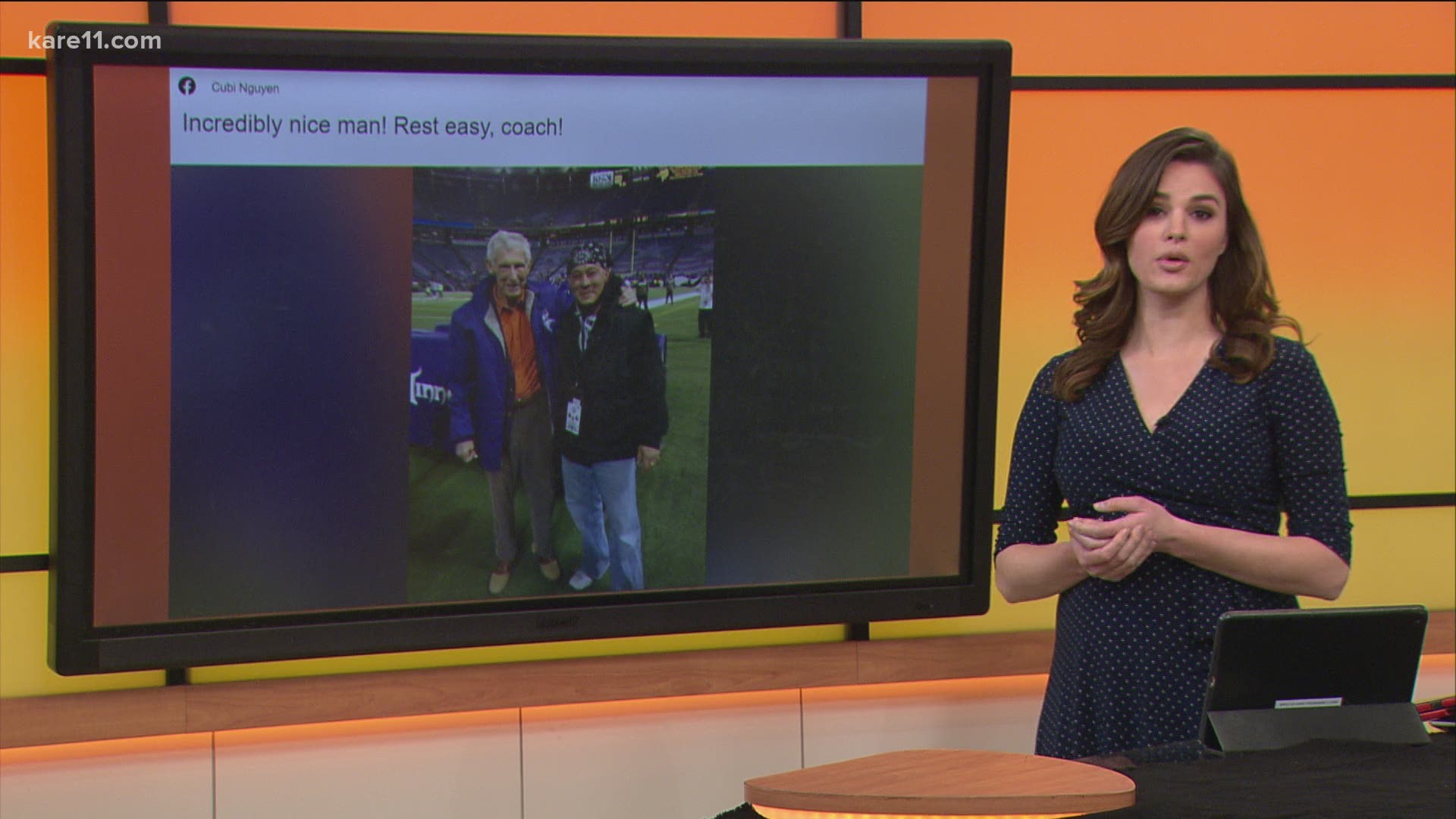 Burns took over in a time of turmoil and led the team to three playoff berths in six seasons. He helped Green Bay win the first two Super Bowls as defensive backs coach.

The #Vikings mourn the loss of Ring of Honor coach Jerry Burns.

Then he joined Vikings coach Bud Grant as Minnesota’s offensive coordinator in 1968. He held the position until 1985 and became head coach in 1986. Burns had a 55-46 record, including 3-3 in the postseason.

He was an astute strategist on the field and a colorful character off of it.