After winning a state championship with the Ankeny football team, Caleb Rathjen is looking for his third state wrestling title. 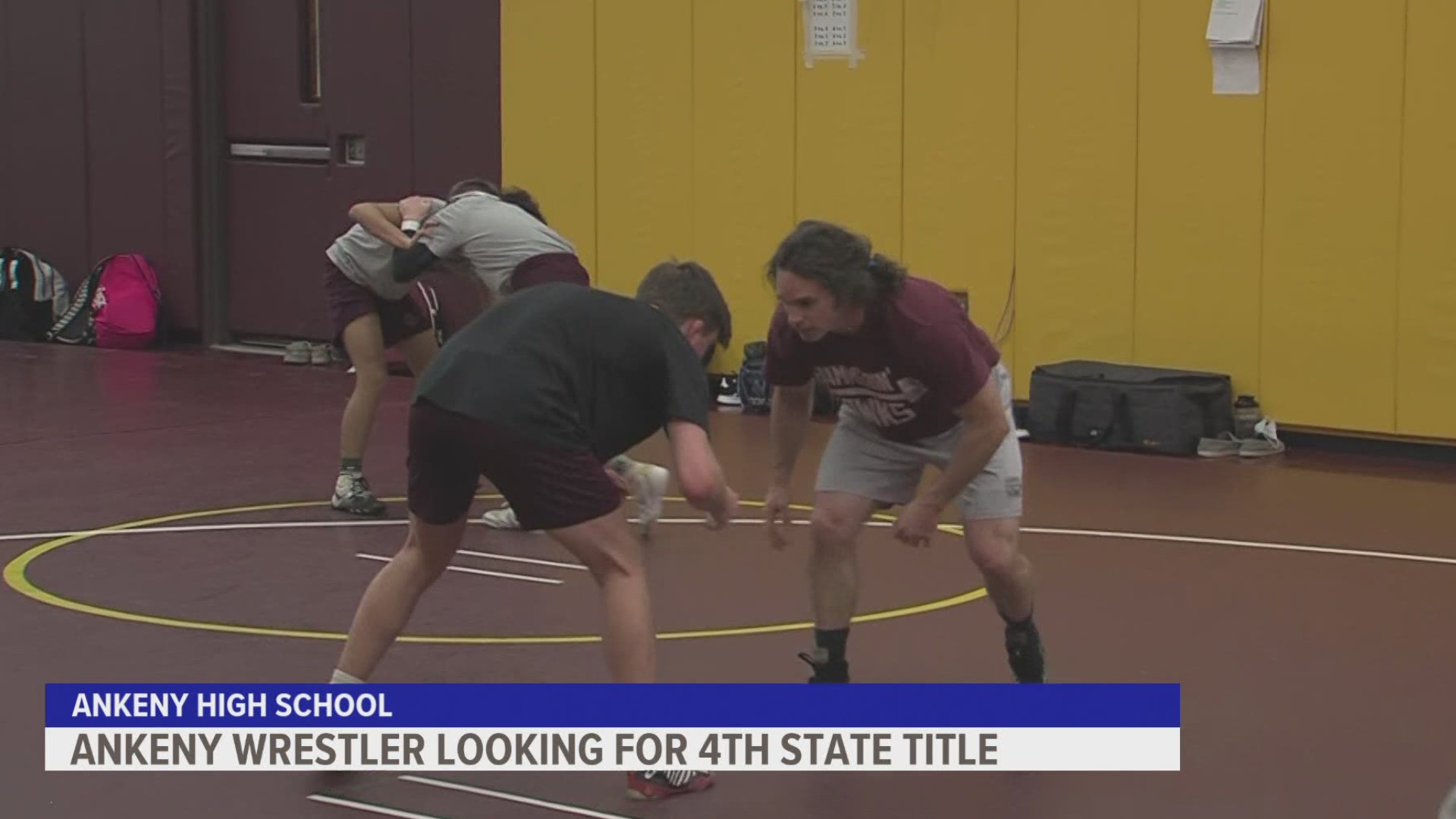 Rathjen settled on football and wrestling. It runs out he is pretty good at both.

"I'm not a very big football player so I have to make up for that with toughness and a strong mind," Rathjen said.

Rathjen was a key part of Ankeny's defense during its run to the 2020 Class 4A state title.

"It was a surreal feeling," Rathjen said of winning the state championship.

It is not a new feeling though for Rathjen.

The Ankeny senior is also a two-time state wrestling champion. It is an impressive resume to be sure, but maybe it was a little too impressive.

"I felt like I'd been coming in here and putting some pretty good effort in but in the back of my mind I felt like I could be giving more," Rathjen said.

Wignall called it the "football hangover", while Rathjen called it complacency.

Either way, the defending champion at 138 pounds took his first loss of the year last weekend.

"I was hoping to capitalize my senior year with an undefeated state title," Rathjen said. "That was a big slap in the face. It was a reality check to me."

A reality check that woke him up and, as he put it, flipped a switch.

"Taking that loss it's like 'Oh I can give more, there's more that I can be doing.'"

It was an honest, immediate recognition of where he messed up.

"He shouldered the whole responsibility," his coach said. "'I need to be doing more. I'm the leader of this team. I'm going to Iowa, I shouldn't be losing matches.'"

What followed was an immediate correction.

"Caleb took it upon himself [Monday night] to apologize, and let them know he needs to work harder. Him doing that and taking that responsibility and owning that, you could see the kids faces like 'Alright he's back.'"

"I think that's exactly what I needed. I think that will be a blessing in disguise," Rathjen said. "Yeah, I lost but I'd rather have it now than at the state tournament."

"He goes 'No I had more pressure after [the loss] because I felt like I let my team down.'" Wignall said. "To have a kid that is that self aware and that mature having won a football title, two wrestling state titles and going to Iowa, Iowa is getting a great kid."