Iowa Hawkeyes at No. 5 in AP poll, highest preseason ranking ever

The Zags earned 28 first-place votes in the preseason Top 25 from The Associated Press. 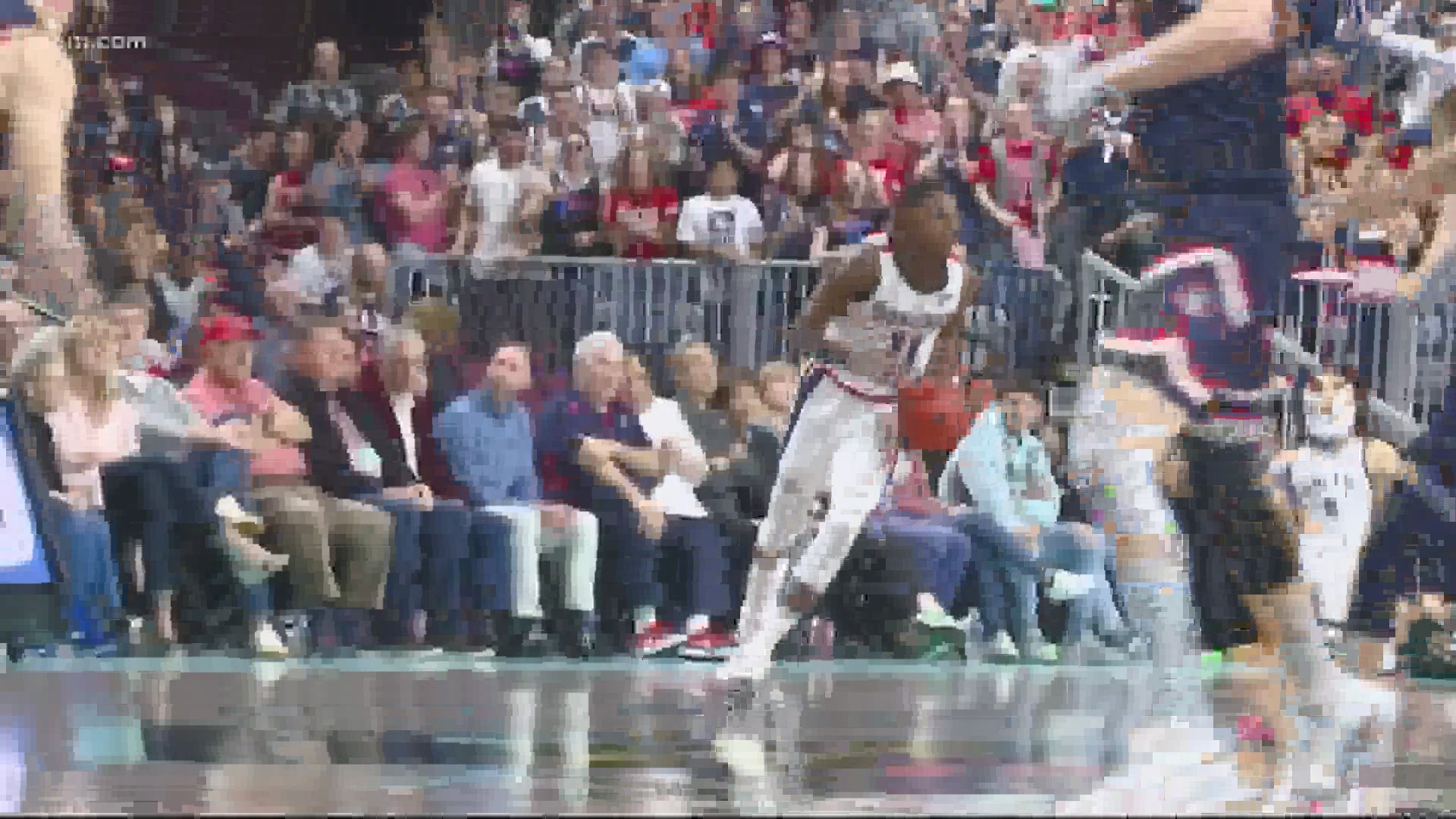 Just about the only thing Gonzaga has left to accomplish under Mark Few is win a national championship.

The 'Zags scratched another first off the list Monday: They will open the season at No. 1.

Despite losing West Coast Conference player of the year Filip Petrusev, the Bulldogs received 28 first-place votes and 1,541 points from a 64-member national media panel. That was just enough to edge Baylor (24 first-place vote) by a single point for the top spot in the preseason Associated Press Top 25 heading toward the delayed Nov. 25 start of the season.

“It’s a great honor to be selected No. 1," Few said. "We understand that it is more a reflection of what our program has accomplished over the years and hope to play up to that standard as we start our season.”

Villanova received 11 first-place votes and was third, followed by Virginia with the remaining first-place vote. Iowa was picked fifth behind national player of the year front-runner Luka Garza, its highest preseason ranking in school history.

Then came a wave of bluebloods with Kansas, Wisconsin, Illinois, Duke and Kentucky completing the top 10.

The Bulldogs spent four weeks at No. 1 last season before finishing second to the Jayhawks in the final poll, which was taken when the NCAA Tournament was canceled by the COVID-19 pandemic.

Petrusev's choice to play professionally in Serbia and then enter the draft was a blow, but the Bulldogs still have the pieces to win it all. Corey Kispert and Joel Ayayi provide scoring punch and the arrival of potential one-and-done guard Jalen Suggs should steady their backcourt.

The 'Zags certainly scheduled like title contenders. They open Oct. 26 against Kansas at the Fort Myers Tip-Off, where they also will play Auburn, and face Baylor in Indianapolis and Iowa in Sioux Falls, South Dakota.

The Bears, who also have their highest preseason ranking, spent five weeks at No. 1 last season and only lost one starter in big man Freddie Gillespie. But coach Scott Drew could have the nation's best backcourt in Jared Butler, Davion Mitchell and MaCio Teague, the best defender in Mark Vital and depth behind top-100 recruit L.J. Cryer and transfer Adam Flagler.

The Bears also built a brutal schedule, playing Illinois and potentially Villanova in the Empire Classic along with Gonzaga.

“I think it starts with experience,” Drew said. “Whenever you return a lot of players that were successful, in a season that got moved back and a short summer, you’re definitely benefited from having guys that have college experience.”

The Wildcats, who matched their highest preseason ranking at No. 3 in 1995-96, harbored hope that Saddiq Bey would return for another season. But despite losing the versatile forward to the NBA, coach Jay Wright still has standout guard Collin Gillespie, double-double machine Jeremiah Robinson-Earl and solid starter Jermaine Samuels.

After back-to-back 30-win seasons and a national title, Virginia took a slight step back last season, going 23-7 before the season was called off. But coach Tony Bennett's team should again be an ACC favorite behind Marquette transfer Sam Hauser, top-100 prospects Reece Beekman and Jabri Abdur-Rahim, and the Cavs' lockdown defense.

Garza was second to Dayton's Obi Toppin for national player of the year last season, and the Iowa big man flirted with the NBA before returning to the Hawkeyes. But he's hardly a one-man show: Joe Wieskamp averaged 14.0 points, C.J. Fredrick and Connor McCaffery are experienced, and Jordan Bohannon is healthy after missing all but 10 games last season.

"Having seven players with starting experience provides us with incredible versatility,” Hawkeyes coach Fran McCaffery said. “In a year where you may have a player out for a couple weeks (due to COVID-19), depth will be important.”

The Jayhawks lost Devon Dotson and Udoka Azubuike from a team that was the likely No. 1 overall seed had the NCAA Tournament been played, but they return enough firepower to give Baylor a challenge in the Big 12.

Wisconsin and Illinois join the Hawkeyes in giving the Big Ten some fresh flavor atop the poll. Young and rebuilding Duke and Kentucky could take some lumps early in the season but could be championship contenders by March.

THE REST OF THE POLL

Creighton lost Ty-Shon Alexander to the NBA and Davion Mintz to Kentucky but still landed the highest preseason ranking in school history at No. 11, followed by Tennessee, Michigan State, Texas Tech and West Virginia.

North Carolina was next with Houston at No. 17, its highest preseason ranking since the final Phi Slama Jama team of Hakeem Olajuwon began the 1983-84 season at No. 3. Arizona State, Texas and Oregon finish the first 20 with Florida State, UCLA, Ohio State, Rutgers and Michigan rounding out the Top 25.

LSU was the first team outside the rankings, followed by Memphis, Florida, Alabama and Indiana. San Diego State got six votes after finishing No. 6 in the final poll last season but losing Mountain West player of the year Malachi Flynn and two other elite producers. Louisville and Seton Hall also are unranked after finishing in the top 15 last season.