Mytika Mayberry had high hopes in 2020. Her junior season was shut down, so in 2021, her goal is to win a state title. 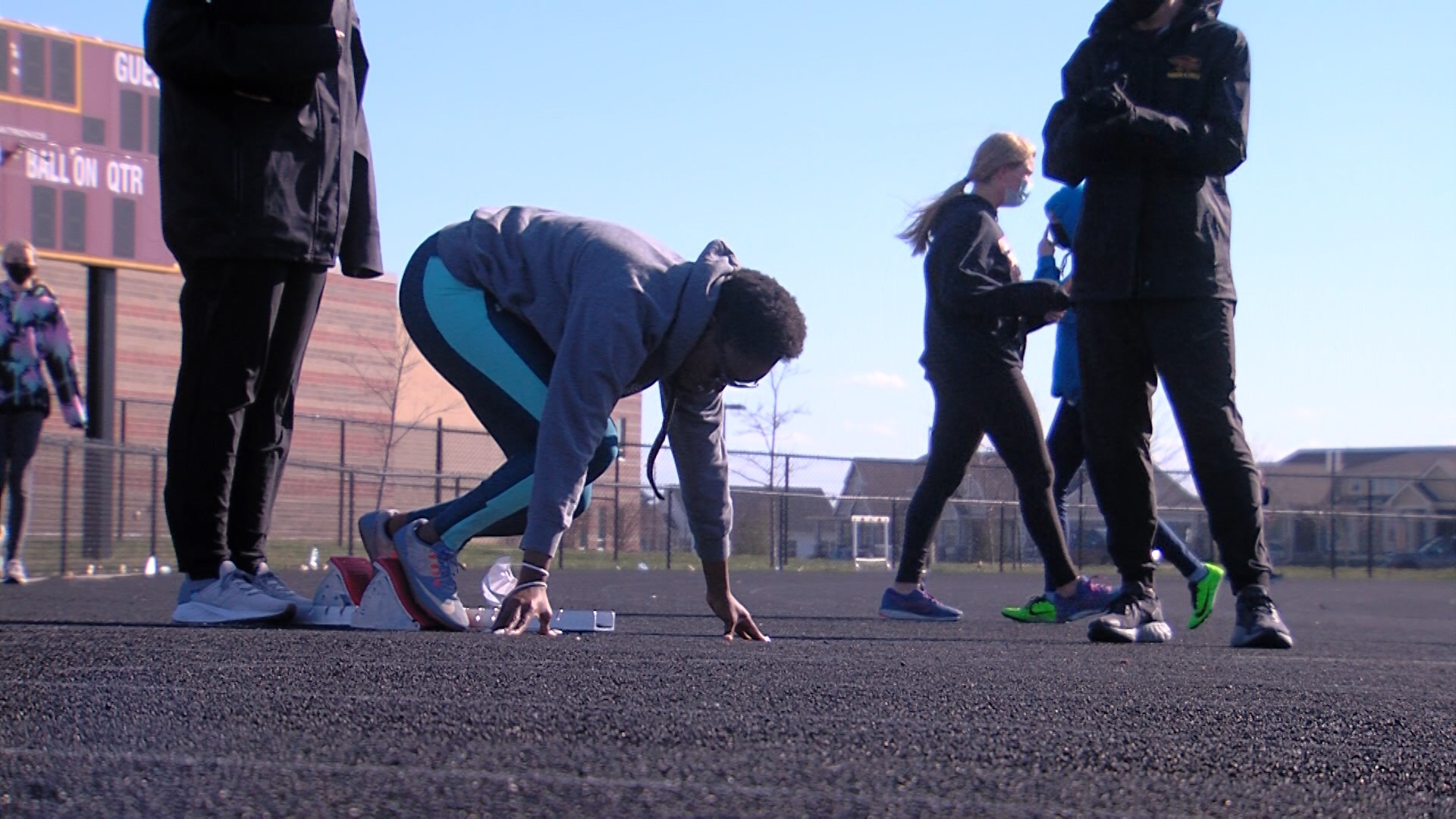 ANKENY, Iowa — It’s been two years since track and field athletes last competed for their high school here in the state of Iowa spring sports were the hardest hit. Due to the COVID-19 shutdown, that leaves a lot of question marks entering this season.

But for one Ankeny senior, she's out to make up for that time lost.

Just a sophomore then, she finished fifth in the 100-meter dash and anchored her Ankeny 4x100 team to the 4A crown, but there were still a lot of things to figure out.

She said, “Trying to finally like put the pieces together, it was a very it was a lot of learning. It was very much I was learning.”

Unfortunately, she wasn't able to build on that success her junior year

“She has huge goals, and we had so much momentum after last year or two years ago that it was disappointing for sure but she's ready this year and just as driven,” Ankeny track coach Thomas Cotter said.

“I was sad and you know, just like the rest of us, you know, ah, I felt like everything locked into place my junior year so I had a lot of conflicting feelings just like a lot of people,” Mayberry said.

Instead, she used that time off to improve even without competition.

“I did what I could at the house, a lot of self development. A lot of it was a lot of reflecting now some time, I really took to reflect on the season, what could have went better, you know, and how I can improve for myself,” she said.

Now as a senior, Mayberry is back on the track, currently holding the fifth fastest time in class 4A with plenty of time to improve.

That’s as she chases down a 4A crown to cap off her career.

“I mean everything you know I've went through a real rough time. Earlier this month, especially one of my biggest supporters my great, my great grandfather he died and so this will mean everything I owe it all to him he pushed me towards track, you know, and it's it'll mean everything in the world.” Mayberry said.

Mayberry is hoping to qualify for the 100-meter dash individually. She's already qualified for the 4x100 relay with her team.