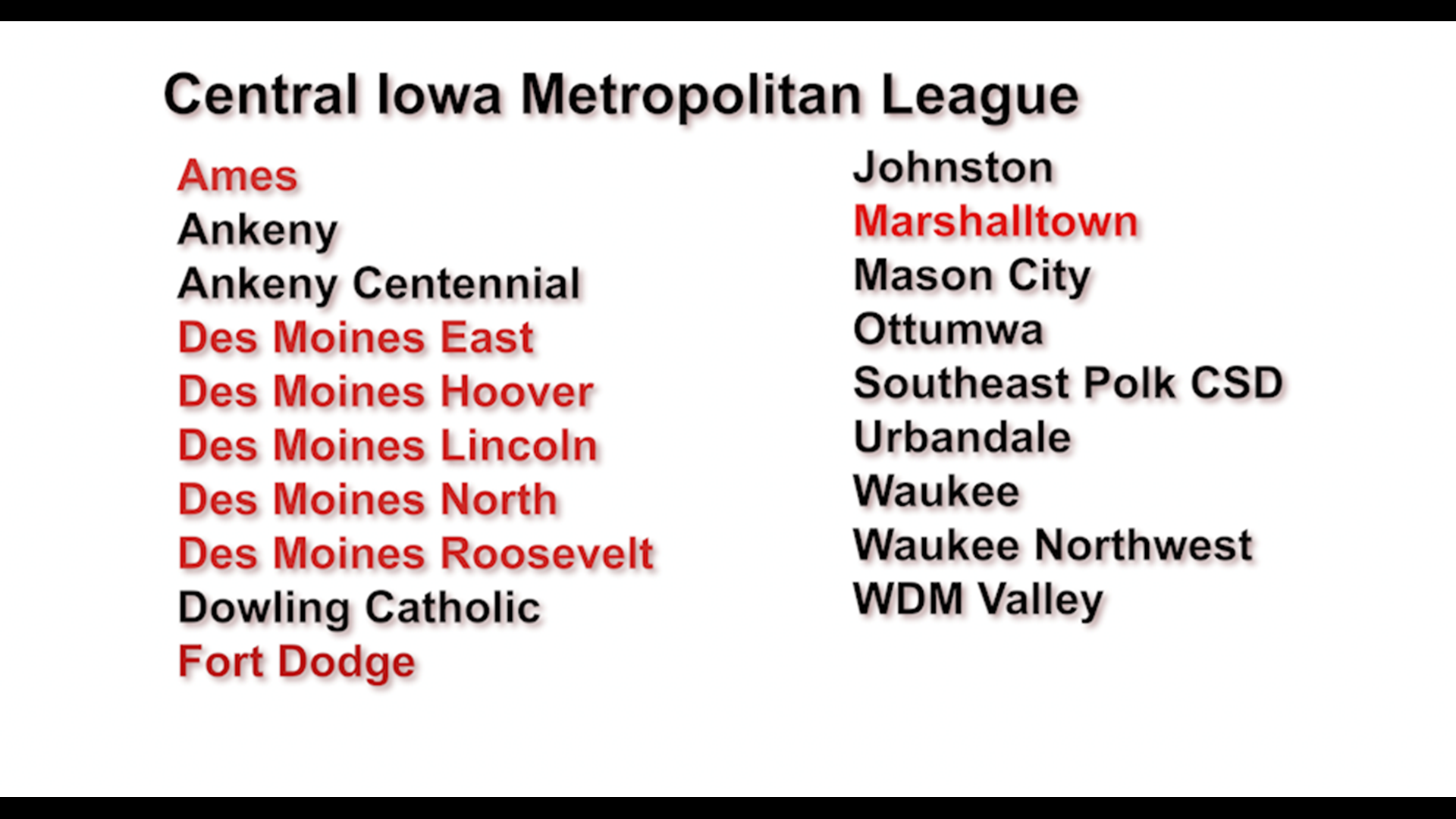 “While DMPS is a founding member of the CIML, the current size of the conference has created challenges in everything from scheduling to decision-making to significant inequities among its member schools," DMPS Director of Activities Jason Allen said in a statement. "This is the right time to look at a new direction."

Later Monday, the Ames School Board voted 6-1 to do the same. During the special meeting, Supt. Jenny Risner said Ames will be tagging along with other schools to leave the CIML.

Risner said following the board's vote, superintendents from other districts will come together to write a letter that includes resolutions like theirs from other school districts.

Credit: WOI-TV
Highlighted in red are the schools that have proposed to split from the CIML, forming their own conference.

Download the We Are Iowa app or subscribe to Local 5's "5 Things to Know" email newsletter for the latest news.