Preseason Blitz: Ankeny Hawks have 'something to prove' in pursuit of Class 4A title

"Their slogan this season is 'Something to prove,'" said Ankeny head coach Rick Nelson. "That's what they wanted." 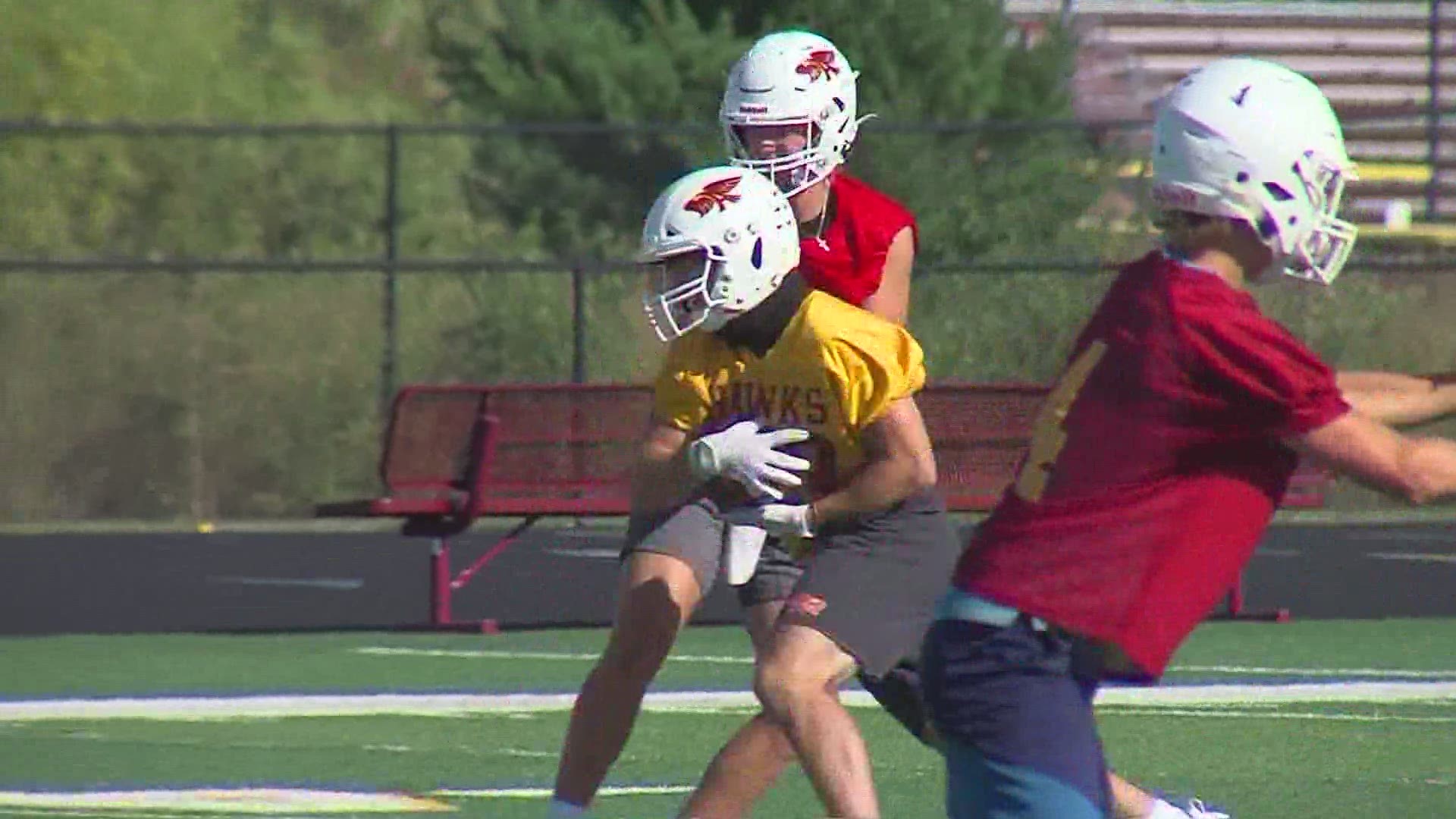 ANKENY, Iowa — The last team other than Dowling Catholic to win a 4A football championship?

Ankeny may be one of the most talented teams in Class 4A, so it will be hard for them to fly under the radar in 2020.

"We had a pretty good team last year. I think we surprised a couple of teams just fell a little short running into Dowling," said quarterback Jase Bauer. "But I definitely think we got a good football team this year. But we still gotta show, come out there and play our ball."

One of Bauer's top targets is Brody Brecht, a wide receiver and University of Iowa commit.

"If it's somewhere around him, he's got a really good chance to catch it," head coach Rick  Nelson said. "And Jace is really comfortable throwing the ball to him."

Ankeny hosts Centennial at 7:00 p.m. Friday to kick off the season.

RELATED: Preseason Blitz: PCM looks to get back to the top