West Marshall Trojans lean on toughness to reload in 2021

The West Marshall Trojans have a different bunch on the offensive line this year, but they're staying true to their identity. It all starts with toughness. 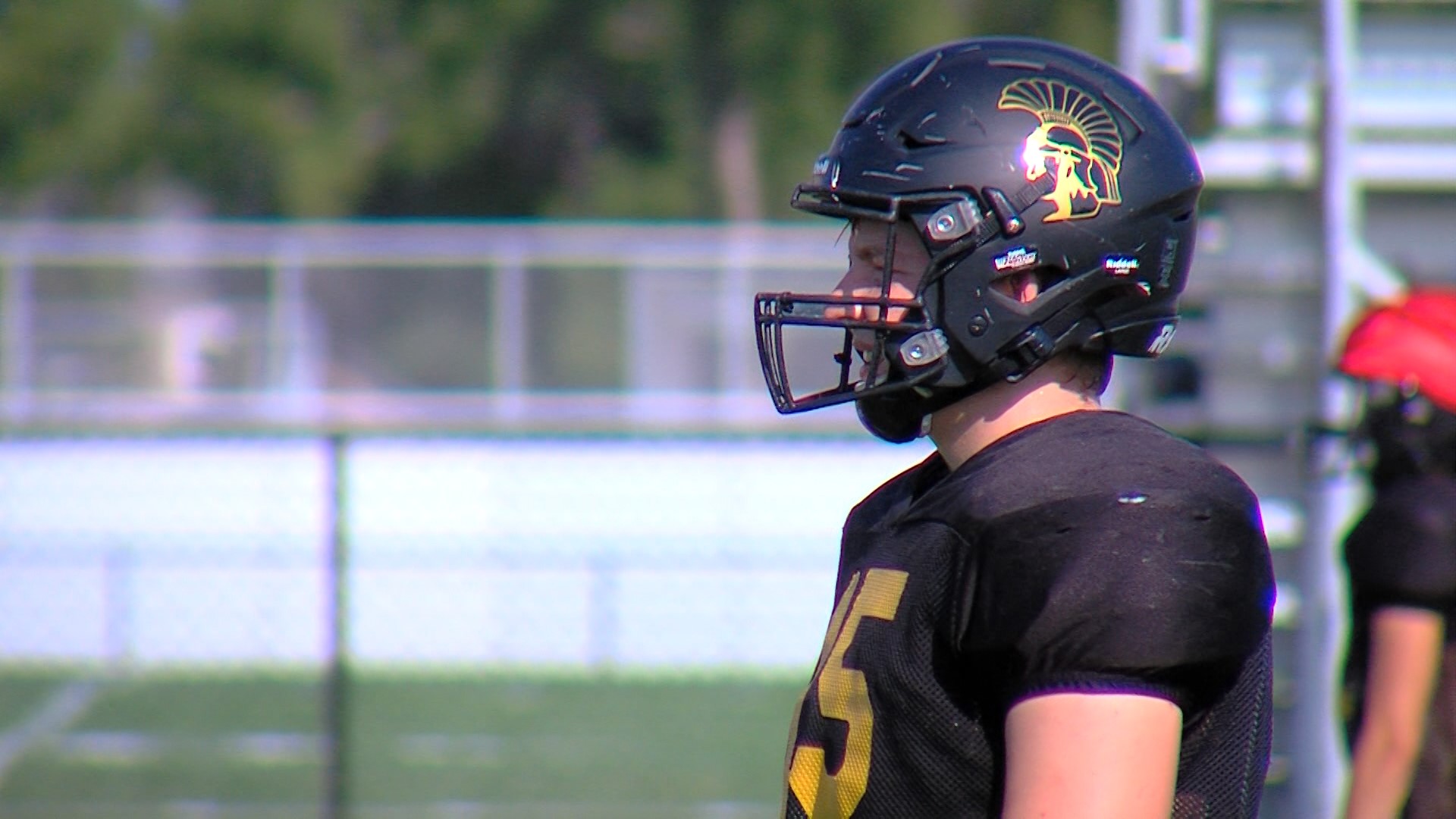 STATE CENTER, Iowa — For West Marshall, a state football title sits in the back of their mind.

“'How bad do you really want it?' Everybody says it so it’s kind of cheezy,” said senior Parker Reese.

“Last year was supposed to be our year. Had a great o-line but this year we gotta work that much harder,” said Preston Pope, senior running back for the Trojans.

This year, that offensive line looks a bit different.

“We got a quite a few new guys playing for us offensively and defensively it’s just a process for us trying to find uh, hopefully we’re out of that rebuilding stage, and we just reload," said head coach Cody Hackett.

The Trojans will use these first few weeks before district play, to face off against some strong opponents.

But it will help them find out who they are.

“Still molding into who we want to be.”

Who the Trojans want to be starts with one thing.

“Our toughness. We might not be the best out there but we definitely are the toughest,” said Peyton Hart.

RELATED: Pella Dutch embrace the target they enter the 2021 season with

RELATED: No. 7 Cyclones looking to be more polished right out of gate

West Marshall’s brand of football exemplifies that on Friday nights.

Hackett said, “We try to keep the same identity we’ve always had, run the football and fly around and make plays on defense.”

Running the ball might be a nice way of putting it. The Trojans pound the rock on the back of their workhorse, Preston Pope.

The senior was as efficient as you can get while running for 100-plus yards in their opener.

“Having four touchdowns with only 12 carries that’s probably the biggest rarity there,” said Pope.

Tough football, running the rock, and flying to the ball. That’s the winning formula for West Marshall.