For Class 5A, Fort Dodge beat out Ankeny Centennial 2-0. In Class 4A, Western Dubuque won 3-1 against Boone. 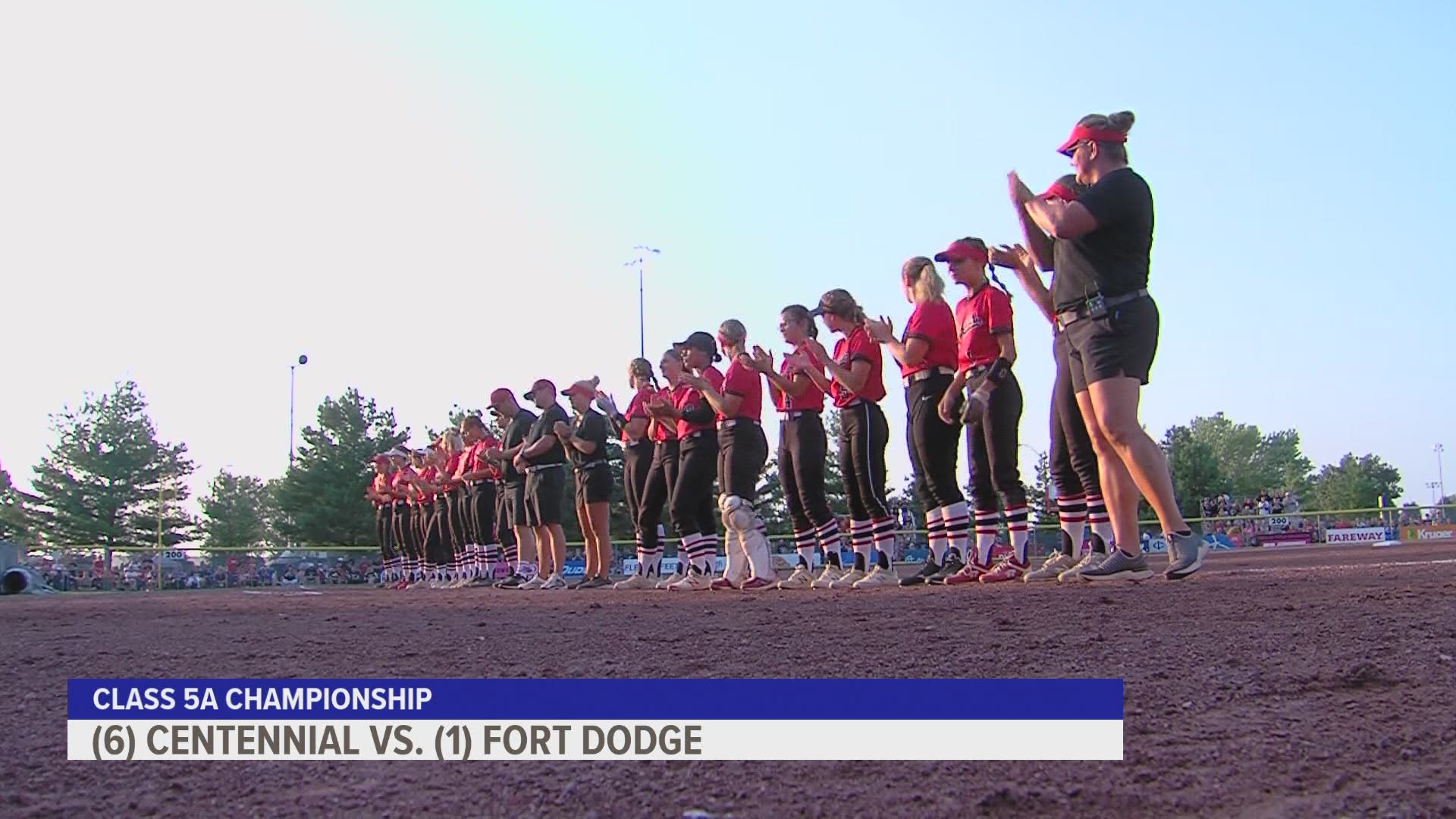 FORT DODGE, Iowa — Another successful day of softball at the Harlan Rogers Sports Complex shows even the heat can't take the fun out of the game.

Western Dubuque comes out on top against Boone in Class 4A

We were guaranteed a first-time champion with this one. Neither Boone nor Western Dubuque had state titles under their belt before Friday's game.

The Toreadors got on the scoreboard first with the runner on third. Laena Solverson hit a ground ball to the left side leading Emily Ades home, but Western Dubuque was able to get Silversun out at first.

The Bobcats answered quickly, also with a runner from third. Maddie Heiderscheit tagged the ball high and hard out to the left-field to bring Isabel Ernzen back home. Another score came quickly for the Bobcats, allowing them to claim their championship.

It was a hard ending after an unexpected for the Toreadors.

RELATED: Check out the play at the plate that helped US softball beat Canada 1-0

Fort Dodge was in the same exact position last year when they took on Cedar Rapids Kennedy. Never won a state title, but ready to win.

Even though they fell last year, the Dodgers were able to beat out Ankeny Centennial Jaguars, who were also looking to grab a first state title this year.

Jalen Adams found her groove right out of the gates by striking out the first batter she saw. She closed out the top frame with another strikeout, a strong start for the junior pitcher.

The only score of the game came from the Dodgers. Chloe Wertz slamming a ball towards the back of the field at the bottom of the second inning.

Dodgers winning 1-0 against the Jaguars.