'They own it.' Iowa girls wrestlers get their time to shine'

Xtream Arena was the site of the biggest IWCOA Girls State Wrestling Championship. 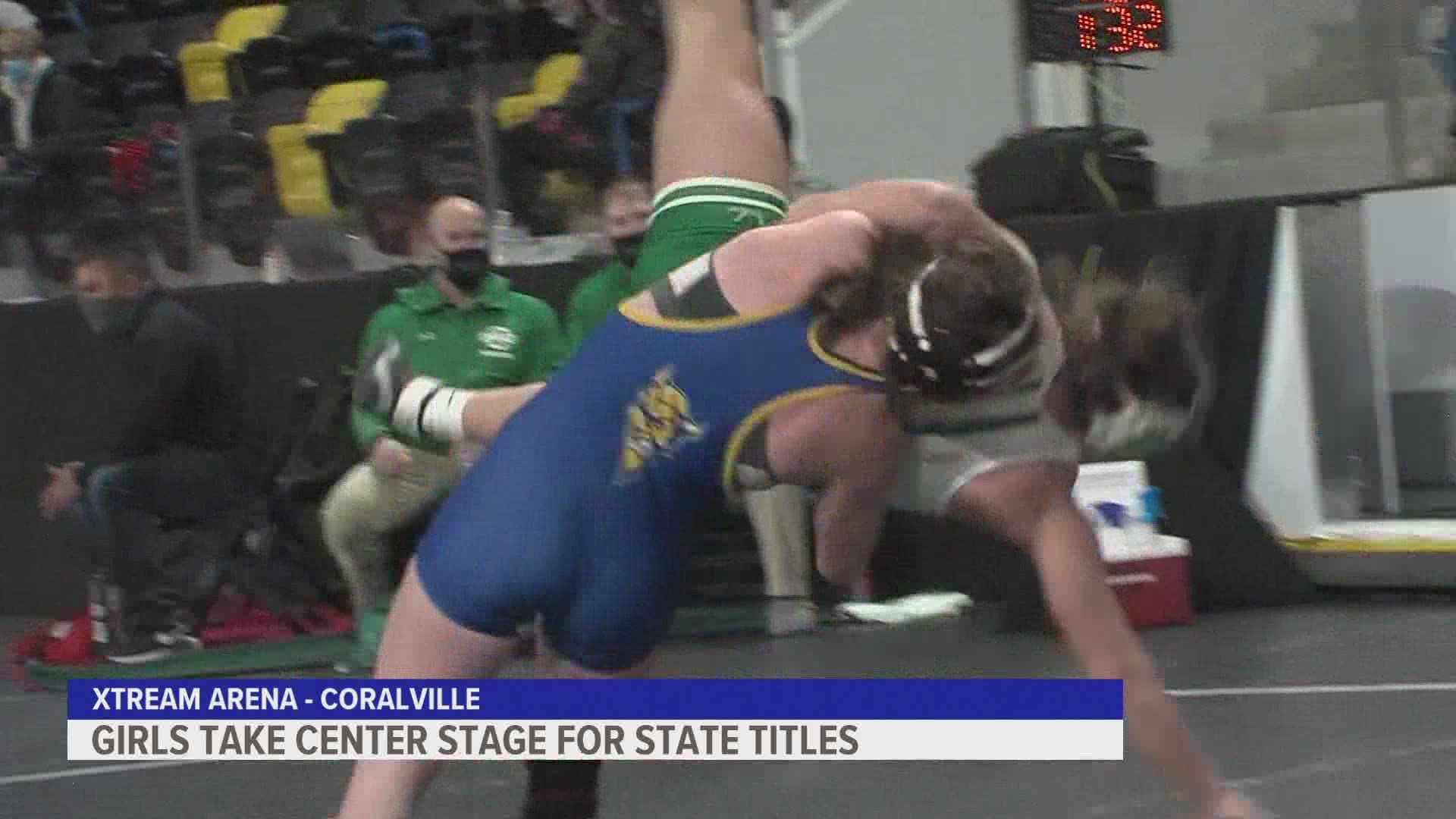 "It's really nice that I can come here and keep winning, show and prove myself," Fort Dodge Sophomore Alexis Ross said after her quarterfinal match.

All they wanted was an opportunity.

"We were always pushed back to one or two mats so it's nice to have our own event," Ross said.

That's a thought echoed by other female wrestlers.

"I feel like we are finally recognized. We aren't just pushed to the side on extra mats in the back of their gym. It's our own show," Mariah Webster from Colfax-Mingo High School said Saturday.

Colfax-Mingo brought a show. In total, nine Tigerhawks wrestled this weekend, two of those made semifinals and the team placed third overall.

"This gives them something to shoot for at the end of the season. It makes practice and competition worth it," Colfax-Mingo Head Coach Erin Hume said. "It gives them goals to set and things to work for."

Meanwhile, coaches across the state continue their work of growing the sport.

A growing tournament in a brand new building will help their efforts.

"We were super ready to join into a big venue like this and keep it growing so it's even going to be better next year," Koenig added.

As the state tournament grows, parents get the pride of watching their daughters compete.

"Maybe basketball wasn't her thing, her dad wrestled so she asked me what I thought about it, I said go for it so it's just good to see," Matt Boehm, whose daughter was wrestling, told Local 5.

The growth is especially important for the athletes who are on the receiving end of once in a lifetime chances.

"The spotlight's on us finally. We get a big arena. It's amazing," Webster said.