No. 8 Iowa falls to underdog Indiana in a heartbreaker

Hawkeyes fall to the Hoosiers for the second time to complete the season sweep. 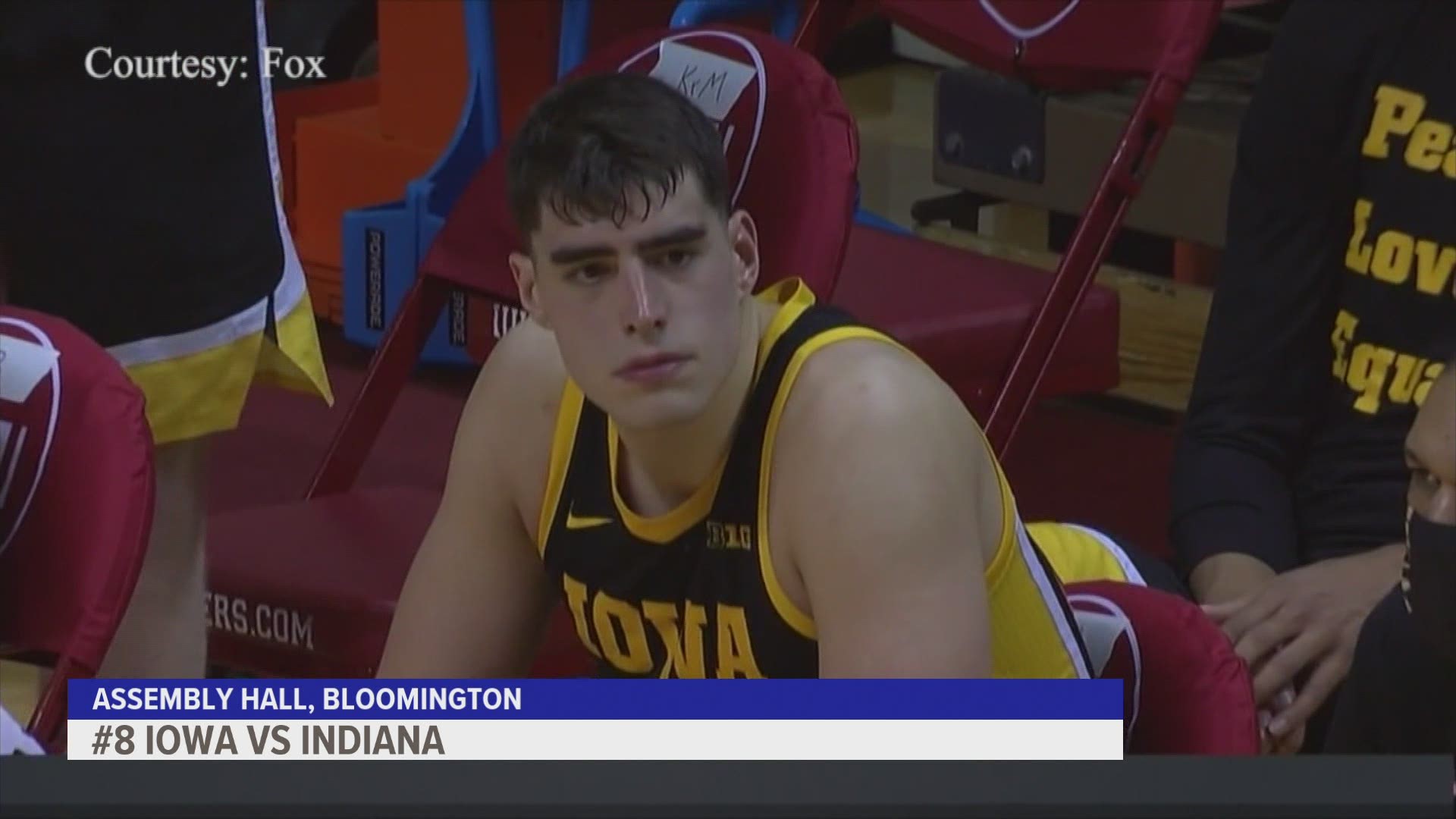 BLOOMINGTON, Ind — Armaan Franklin made a 15-footer with 1.8 seconds left to give Indiana a 67-65 victory and a season sweep of No. 8 Iowa.

Franklin finished with four points as the Hoosiers snapped a two-game losing streak. Their only wins since Jan. 10 both came against the Hawkeyes.

Luka Garza scored 16 of his 18 points for Iowa in the second half, including 12 straight in the closing minutes.

The Hawkeyes have lost two in a row and four of their last five.