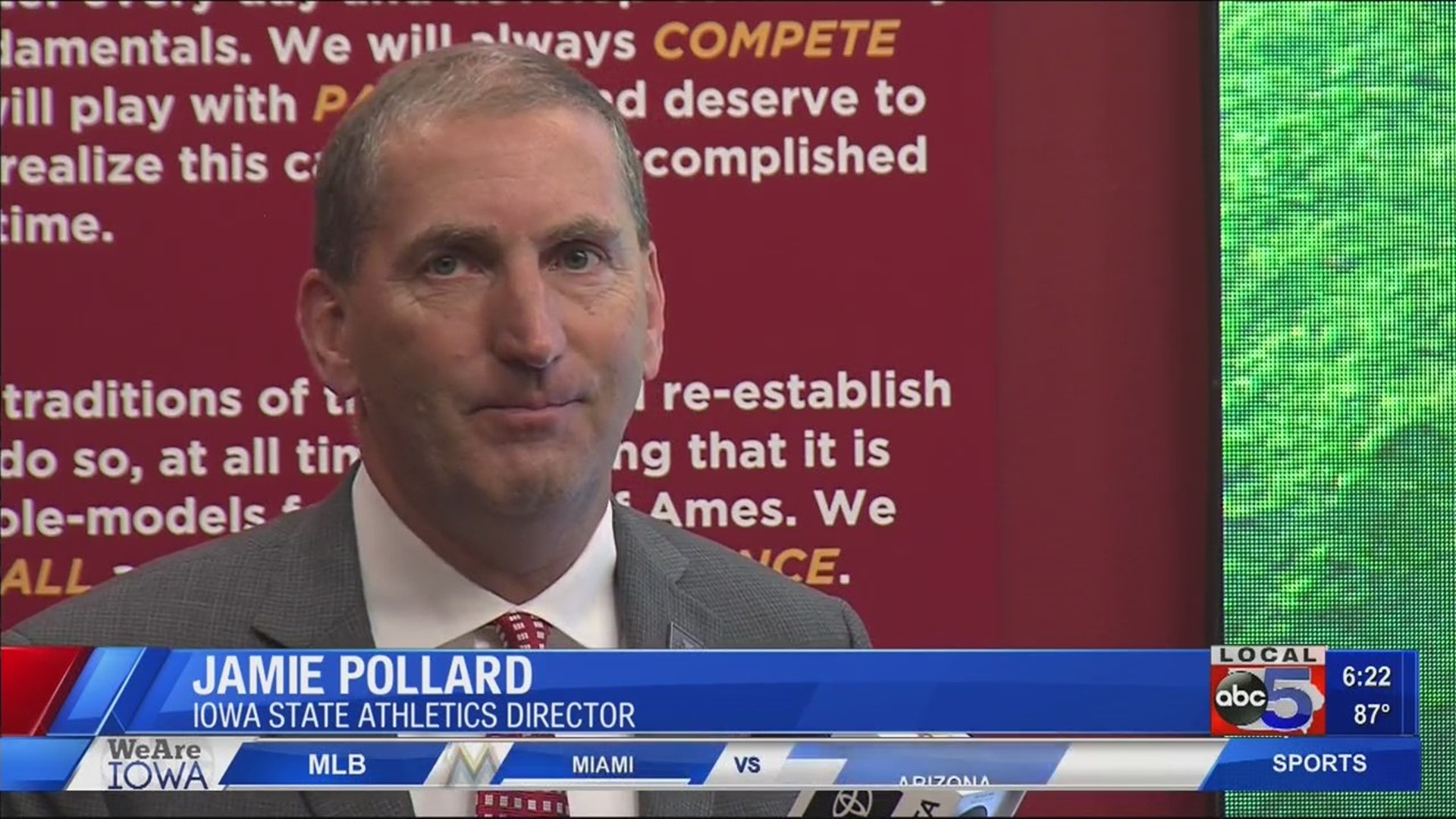 Iowa State Athletics Director, Jamie Pollard, addressed the the Iowa Band incident that Iowa Athletics Director, Gary Barta, sent a press release out for on Monday. There was an alleged incident where made inappropriate action toward student members and staff of the Iowa Marching Band. Pollard said he wants to help aid in finding out what happened, but the press release was too vague, and he has yet to be told what actually occurred.