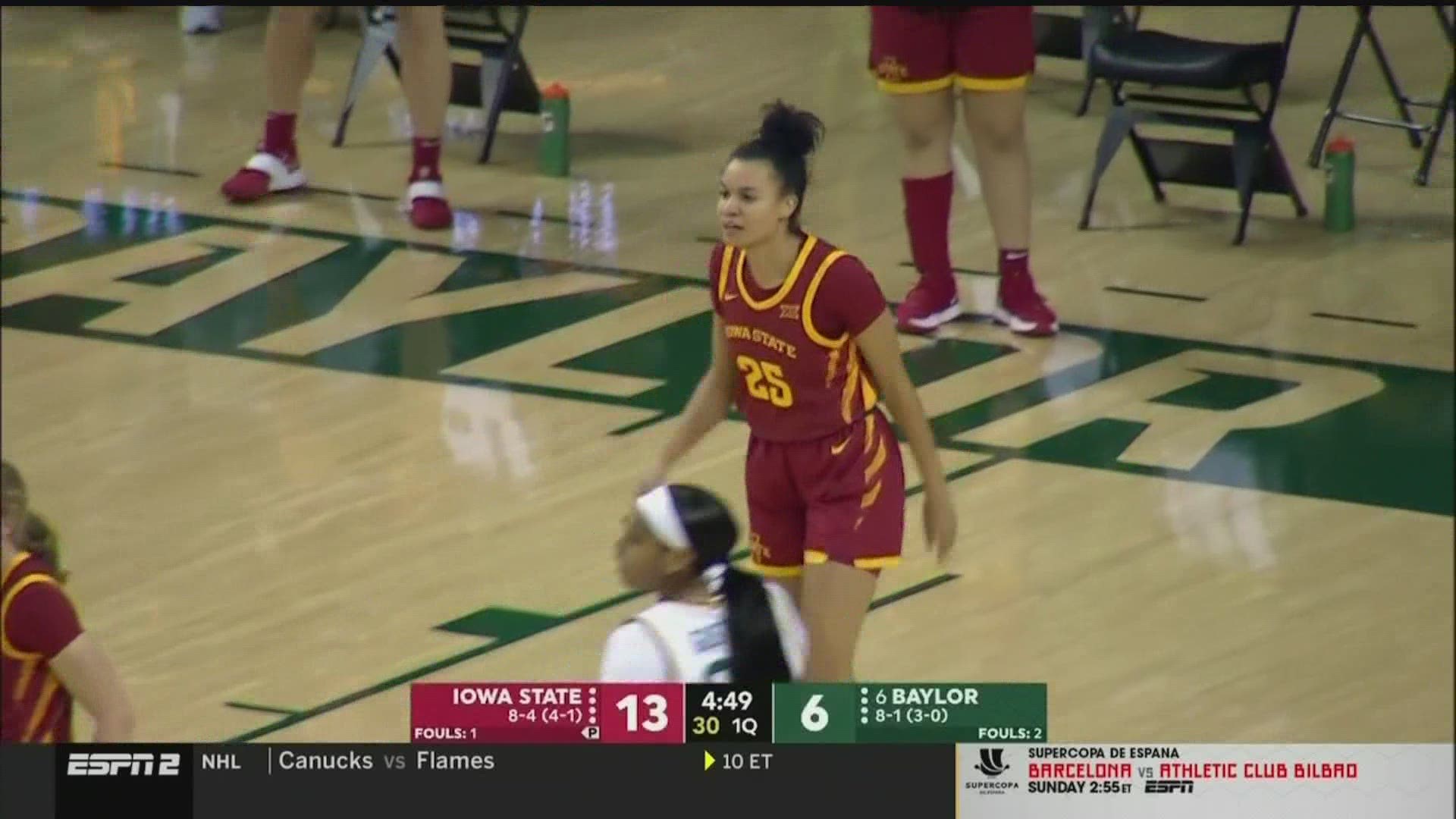 The upset was made possible by a great game from Ashley Joens who put up 27 points as well as 2 solid freshman performances from Lexi Donarski and Emily Ryan who scored 17 and 15 respectfully.

This win puts the Cyclones at 5-1 in conference play.

Their next game will be in Ames against Oklahoma.