Tyler Linderbaum from the Hawkeyes and Charlie Kolar from the Cyclones were named to the second team. 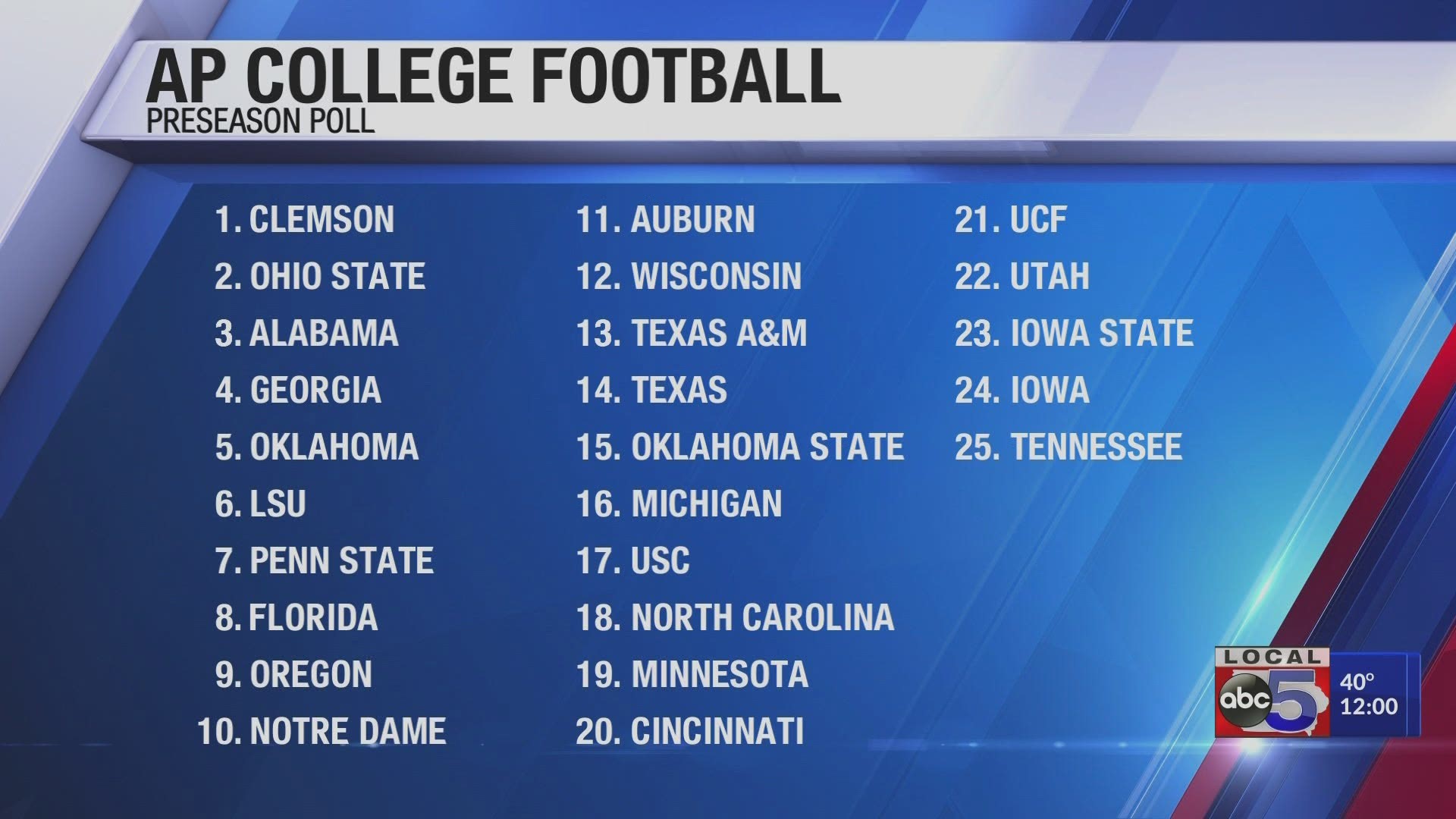 11 players named Tuesday to The Associated Press preseason All-America first-team will not be playing college football this fall.

Clemson quarterback Trevor Lawrence and Oklahoma State running back Chuba Hubbard highlight the first-team honorees who won't be playing in the fall.

The team was selected by 47 AP poll voters, who were asked to consider all Division I players — even those who had already opted out of the season or whose teams had postponed football.

The results show just how much star power will be missing from this pandemic-altered college football season. 12 second-team All-Americans will also not play in the fall, including Ohio State Buckeyes quarterback Justin Fields.

The 2020 AP Preseason All-America Team (x-team not scheduled to play in the fall; y-opted out of season):

RELATED: University of Iowa to cut 4 varsity sports due to coronavirus pandemic

RELATED: NCAA allows athletes to keep year of eligibility due to COVID-19