The director of the Drake Relays said seating capacity for this year's event will be at 22%. For 52 consecutive years, they've sold out 15,000 seats. 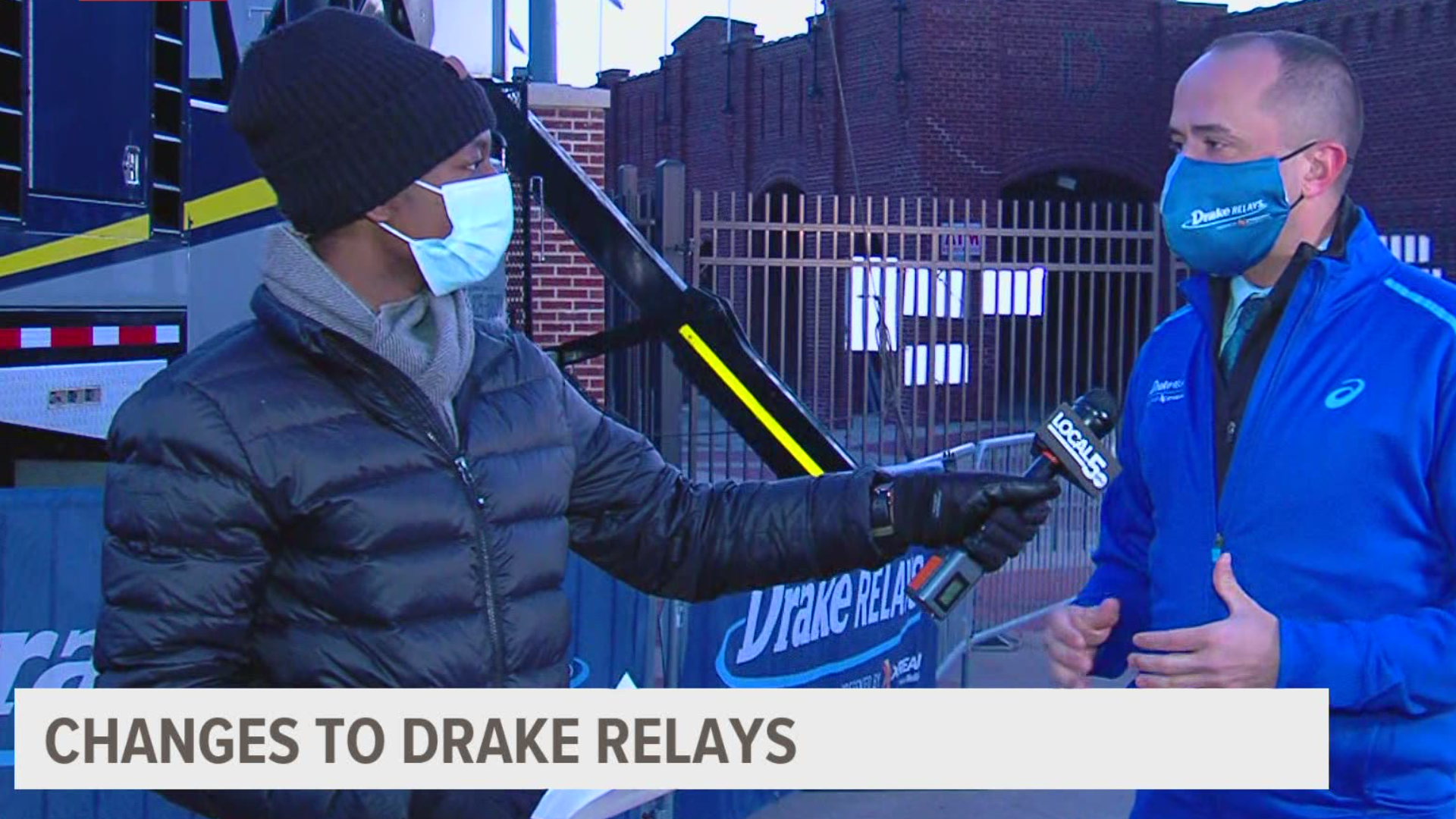 DES MOINES, Iowa — After being canceled last year because of COVID-19, the Drake Relays are back in 2021 in a scaled-back fashion.

But according to Blake Boldon, the Franklin P. Johnson, director of the Drake Relays, this year's event will be scaled back.

"I think the biggest change from an experience and an athlete perspective is that the athletes won't be able to return to the stands," Drake Relays Director Blake Boldon said. "The athletes will be located in the warmup area just east of our tennis center."

He also mentioned because of the athletes not being able to return to the stands, high school athletes will not be able to meet a lot of the professional athletes.

RELATED: Moving forward together: Drake Relays tradition of painting Carpenter Avenue back on for 2021

"That really is the magic of the Drake Relays that the world's best athletes ... come and they compete right here alongside Iowa high schools best stars," Boldon said. "This year that element will be missing, but what I know is performances will still be good."

This year's Relays will also have less high school participants. There will be around 1,500 students compared to previous years when over 2,000 students have participated.

Boldon noted organizers are trying to focus more on the competition this year instead of the spectator atmosphere, which was done to keep people safe.

"This year we'll have about 22 percent seating capacity," Boldon said. "In a normal year, we sell out, 52 consecutive years we've sold out at 15,000 tickets."

This year they want more people to watch safely at home on TV or online via livestream.