Allen Lazard saw his targets grow in 2019 as he became a go-to receiver for Aaron Rodgers. He's trying to take another step forward heading into the 2020 slate. 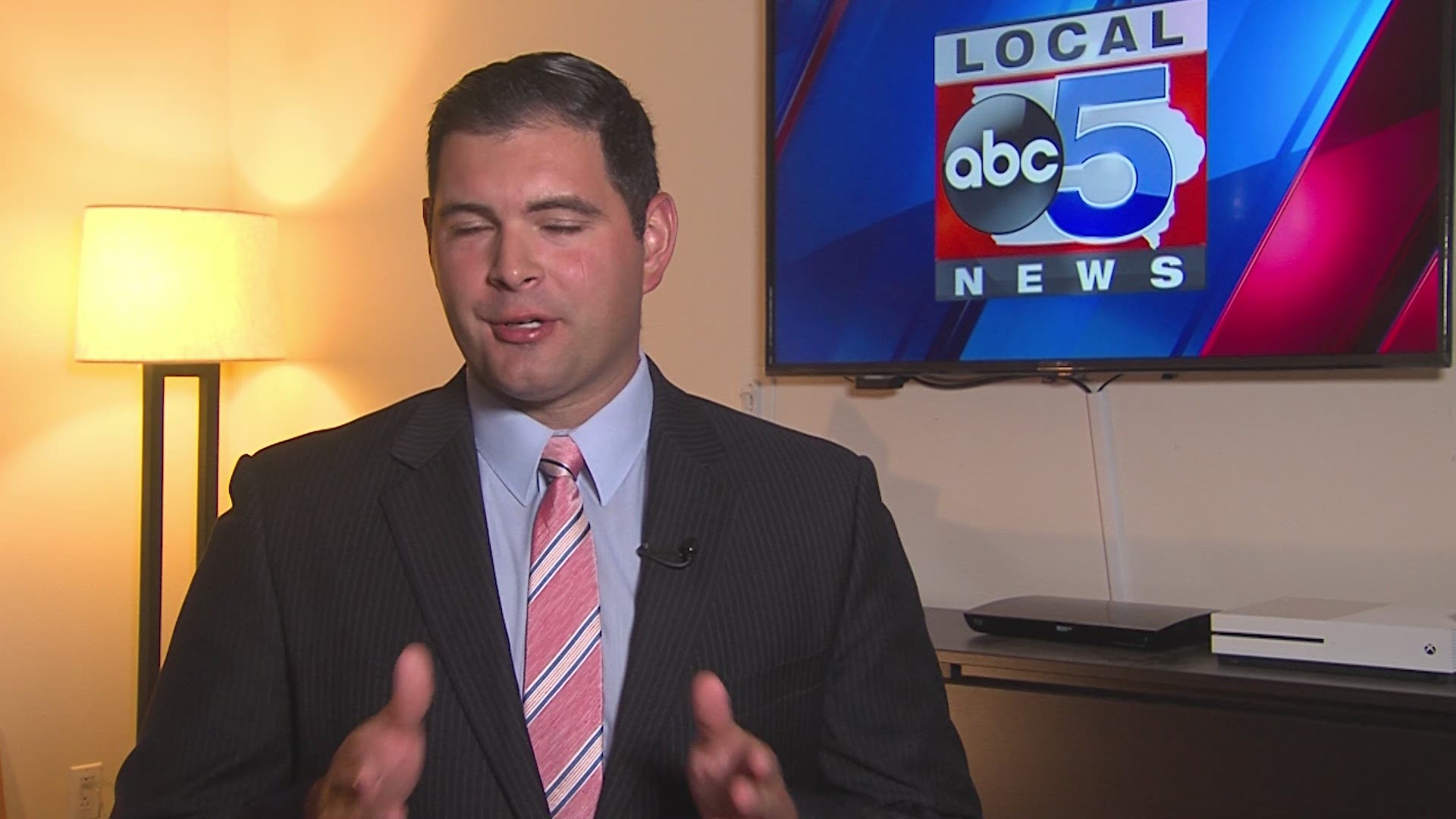 GREEN BAY, Wis. — The Green Bay Packers are trusting their current receiver room to be the go to guys for Aaron Rodgers. They made that clear during the 2020 draft. That means Urbandale star—and former Cyclone Allen Lazard should see his role continue to grow in his second full season with the Packers.

He realizes the weight on his shoulders, and the rest of the receivers in his room, is heavy.

“It’s the nature of the business every year every team is trying to get better. So I only want better competition in my room to up my level of play to keep challenging me so from the perspective of them not taking anyone they obviously have some faith in our receiving room and know that the production that we can do this year can do big things.”

Last season, Lazard became a reliable target for Aaron Rodgers and that role should expand making the former Cyclone a potential number two receiver behind Devante Adams. So he’s continued to work at his craft.

“Just the mental part of the game. Understanding what teams are trying to do and how they’re trying to manipulate you and really just trying to work on my presnap and then post snap adjustments I think that’s where I’ll be able to elevate my game the most this upcoming season and be able to make big strides in.”

At 24 years-old, growing up on the field has gone hand-in-hand with growing off of it.

“From a personal point, a lot of growing up just kind of getting into adulthood and everything  slowly maturing from the outside perspective taking everything that’s going on in the world in.”

That includes Covid-19 and the fact the NFL season could start without fans in the stands.

“I would feel devastated, like you can’t have a Lambeau leap without a Lambeau and Lambeau field is nothing without the fans in there. I just think back to week 6 when I had my first touchdown and I imagine making that play with no fans and it’s just not the same.”

Lazard realizes though that he will still have a job to do with the Green Bay Packers.

“I’m still going to play regardless whether there are fans or not  but I think fans packing the stadium just giving that energy  being able to feed off of that and also just having that white noise in the background just kind of helps you lock in and really just get your adrenaline going.” he said.