Players were pulled from the court ahead of a scheduled 11:30 a.m. tipoff between the Texas and Texas Tech men's basketball teams. 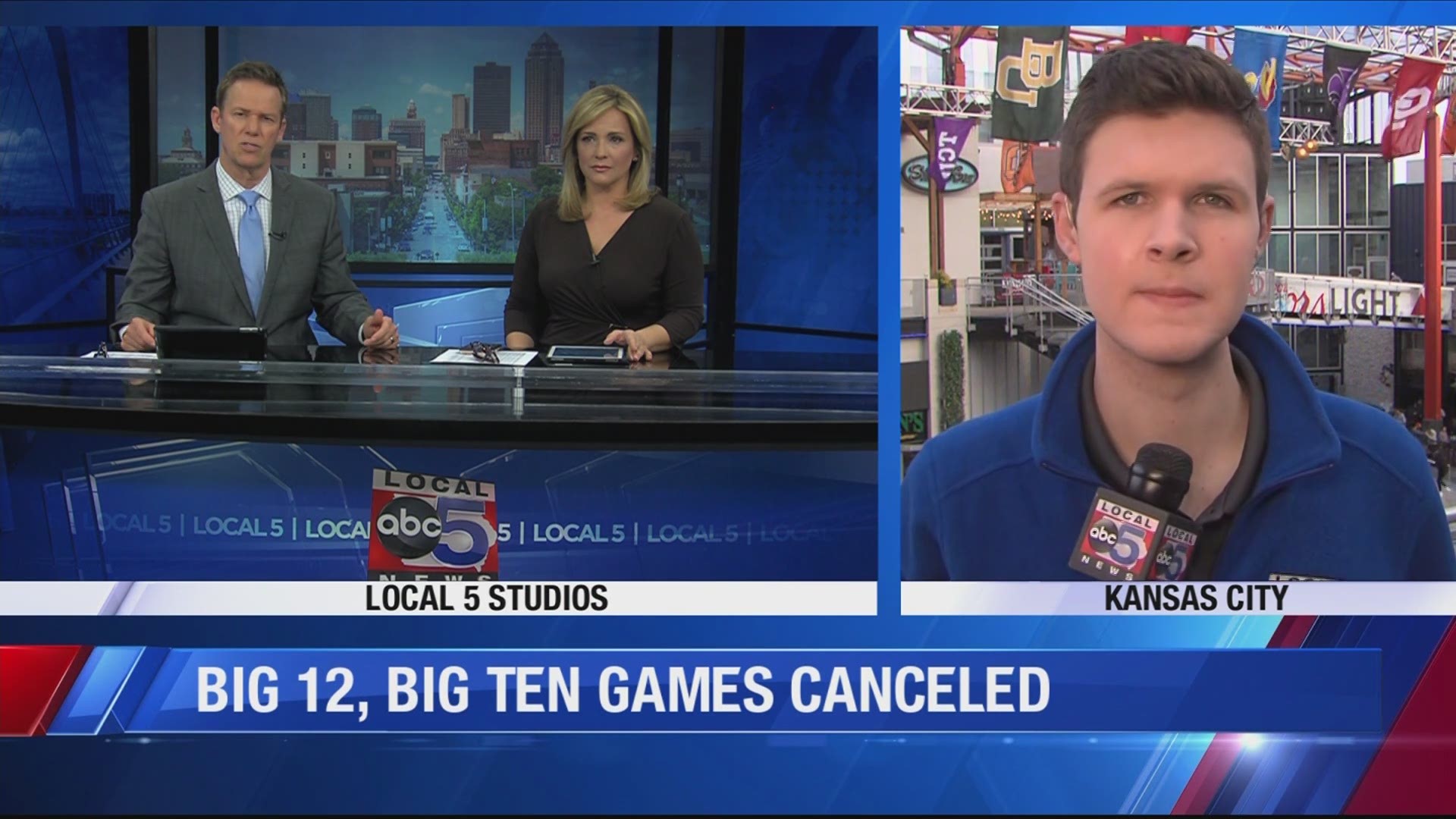 KANSAS CITY, Mo. — The Big 12 Conference has canceled both their men's and women's conference basketball tournaments amid the coronavirus outbreak.

"We did so for a variety of reasons, and we did it in consultation with a wide array of folks whose opinions we respect and who we wanted to coordinate with," Big 12 Conference Commissioner Bob Bowlsby said at a Thursday press conference.

Players were pulled off the court in Kansas City before a scheduled 11:30 p.m. tip-off between the Texas and Texas Tech men's basketball teams.

"We believe this is the right thing," Bowlsby said. "I feel terrible for the seniors involved in this tournament ... We just felt in the interest of heeding the advice we were hearing and being conservative with everybody's best health that cancellation was the right outcome for both our men's and women's tournaments." 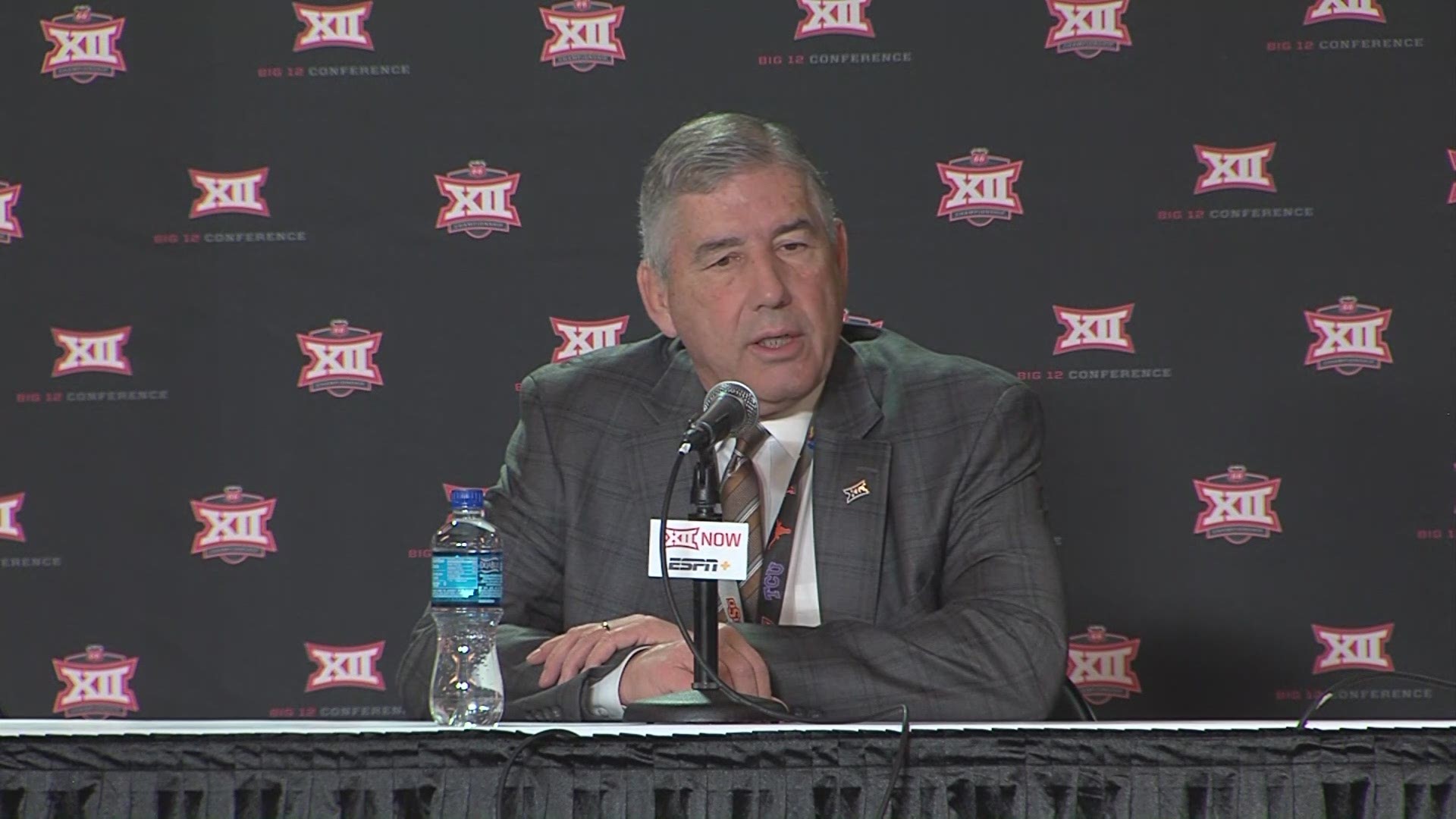 Other conferences such as the Big Ten, SEC and American Athletic canceled their respective men's basketball conference tournaments Thursday morning.