The three backs could be some of the best in the nation. Hall enters his sophomore year with ISU. Goodson is a sophomore at Iowa along with Sargent who is a senior. 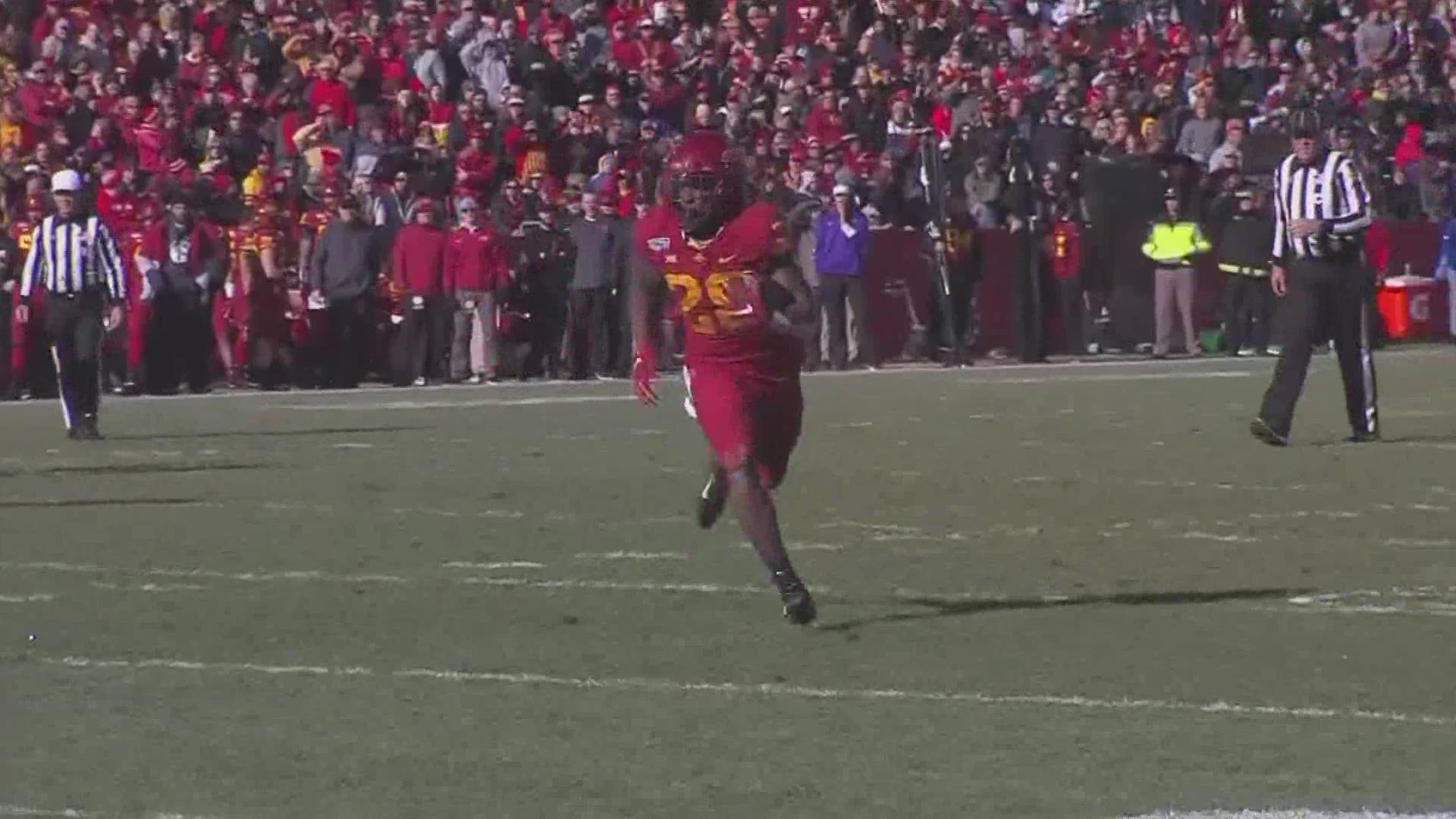 IOWA, USA — A trio of college running backs in the state of Iowa are on the national radar.

Senior Mekhi Sargent and sophomore Tyler Goodson have been named preseason candidates for the 2020 Doak Walker Award, which is presented to the nation’s top college running back. Hawkeye Shonn Greene won the award back in 2008. For Iowa State, sophomore Breece Hall, is on the Doak Walker Award watch list as well. ISU Head Coach, Matt Campbell, says he sees a lot of similarities between Hall and former cyclone David Montgomery.