The Former Cyclone guard was set to compete in Tokyo for the Canadian Women's Basketball team. That is now on hold for another year. 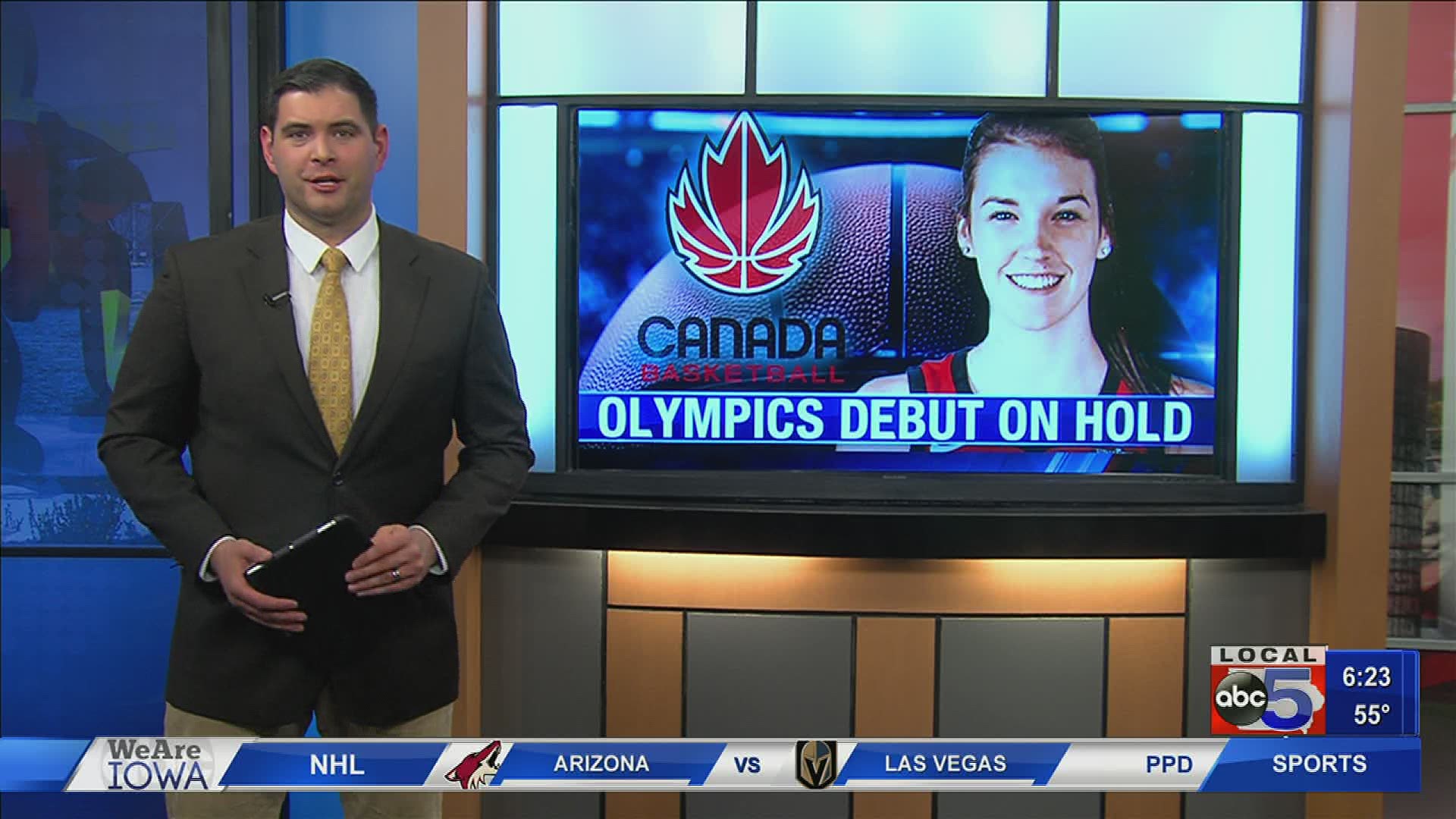 WEST DES MOINES, Iowa — Bridget Carleton has spent the last four years with here eyes on Tokyo. The dream, to play in the Olympics for Team Canada in women's basketball. Everything lined up perfectly, the Canadian team qualifying for the 2020 Olympic games in early February.

But on March 22nd, the Canadian Olympic Committee announced they would not send athletes to the Tokyo Games unless they were moved from 2020 due to the Covid-19 outbreak. A few days later, the IOC decided to postpone to 2021. Local 5 caught up with the former Iowa State star basketball player to talk about

"It's strange definitely not what we expected. It's difficult, difficult for sure."

Bridget Carleton should be getting ready for her first ever appearance in the Olympics, playing for the Canadian National Team in women's basketball.

"It's hard especially we were playing well the past 12 months qualifying you know winning all three games to qualify."

That happened back in early February.

Before the IOC had announced the postponement of he 2020 Olympics, the Canadian Olympic Committee had already said they would not send athletes to Tokyo if the games were not pushed back.

"There was a great sense of pride in Canada taking that step and obviously it is disappointing ever since 2016 we were looking forward to Tokyo 2020 but it's the right call."

The postponement should mean a safer Olympics for everyone involved-- something the former Cyclone is on board with.

So now, the focus is continuing to stay in basketball shape, and getting shots up wherever that may be.

"There's an elementary school down the street so I use that basket when it's kind of nice out the sun is shining and I can do without a coat for a couple minutes. But that's been difficult running is a little easier getting outside and at home work outs have been doing so far."

In the end, Carleton will get to dawn the red and white, representing her home country of Canada in the Olympics. It just will likely have to wait until 2021.

"Ever since I was a little kid, you know you dream of playing for your country it's the biggest honor. To put on that jersey with the 12 best basketball players in our country it's super cool. To play at the international level it's just unreal it's the best. It's what motivates me every day."